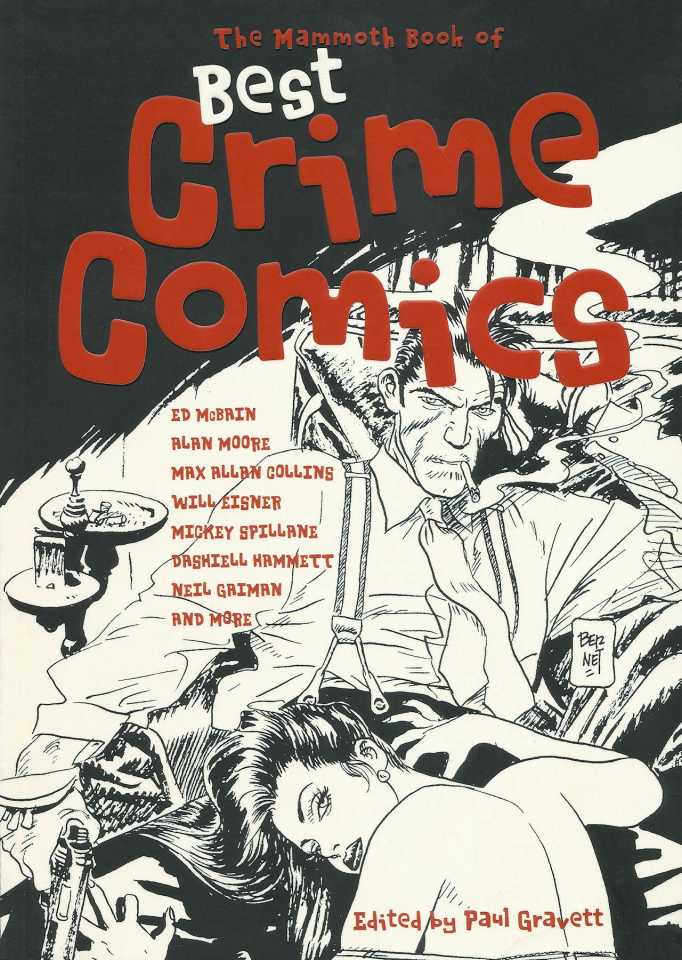 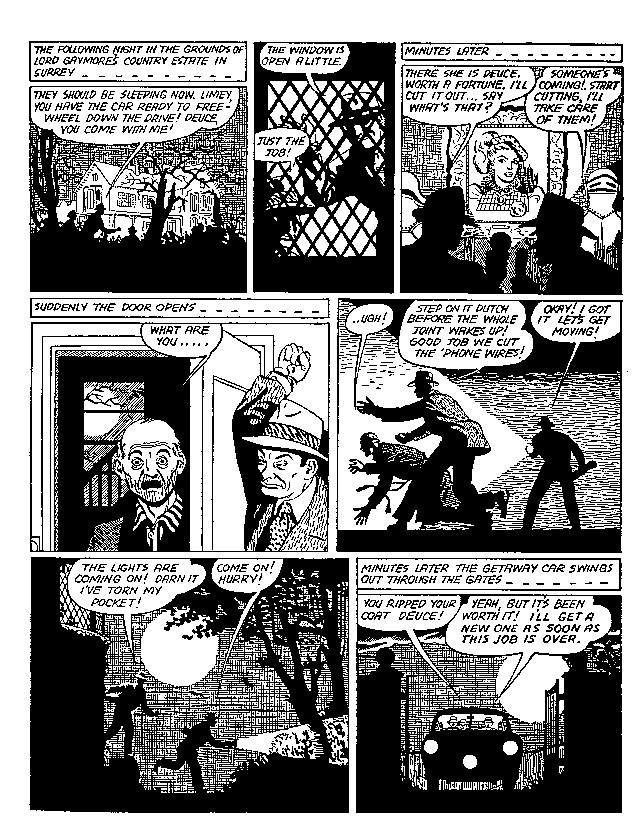 A witty back cover tagline notes this exquisitely compiled crime anthology as one offer you can’t refuse, and it’s an offer to be taken seriously. The careful curation of comics historian Paul Gravett with expert restoration by Peter Stanbury results in a collection you genuinely shouldn’t pass by. That’s because Gravett has thought beyond just crime stories to gather work by comic greats, a fair proportion both difficult and expensive to come by in their original form. It introduces fans of Alex Raymond’s work to Oscar Zarate, of Jack Kirby’s work to Jacques Tardi, and of Charles Burns’ work to Paul Grist.

Because the book lives up to the title, clocking in at over 400 pages, a meaty eighty page section can be given over to Dashiel Hammett and Raymond’s Secret Agent X-9 newspaper strip covering four months of daily continuity from 1934. It’s Hammett almost satirising the staged content of detective stories, providing a constant stream of improbable twists involving a swindled fortune, a mysterious criminal mastermind, a recently widowed woman and her niece, and of course X-9, the thinking woman’s hunk. Raymond’s delicacy and precision provides the restraint. Also allocated a fair number of pages is Max Allen Collins and Terry Beatty’s Ms. Tree, her usual hard-nosed approach barely hampered by pregnancy.

The sheer amount of available pages enables Gravett to spring surprises. While Alex Toth’s ‘The Crushed Gardenia’ and the Muñoz and Sampayo partnership are less likely to be new discoveries, how many readers will have come across Dennis McLoughlin’s neat illustrations (sample art)? Even better is the first ever English translation of Gianluigi Gonano’s Commissario Spada, featuring Gianni De Luca’s stunning portraits and detail. Have Alan Moore completists acquired the strip Lloyd Thatcher drew to accompany a Sinister Ducks single?

For all the joy of discovery and rediscovery of classic art, sight is never lost that Best Crime Comics is a crime anthology, and the selection is first rate, covering most aspects of the genre, from the violent noir of Mickey Spillane’s Mike Hammer to the joyous whimsy of Will Eisner’s Spirit. What was once contemporary is now a perfectly pitched period piece, and many of the stories are taken from the original comics with Stanbury’s skill ensuring 1940s works by Kirby, Jack Cole, Bill Everett, and Fred Guardineer have a clarity absent from even their original printing. The only lapse in restoration is the detail of Bernard Krigstein’s art for a bonkers piece using Ed McBain’s 87th Precinct cast, a small price to pay for the chance to see a master’s last comic work. The density of 1940s stories when crammed into anthologies of single titles can disguise the skill, but being individually chosen and sifted among material from different eras brings out their quality.

You’ll also find Sanchez Abuli and Jordi Bernet’s Torpedo, the under-rated Ed Robbins drawing Mike Hammer and Neil Gaiman’s collaboration with Warren Pleece among other inclusions, and toward the end Johnny Craig, surely the master of crime comics. ‘The Sewer’ is a psychological gem, mounting guilt represented by ever-increasing rain almost soaking the pages themselves.

Sin City is referenced several times in the introduction, so it’s a shame not to have it represented here, but the 24 inclusions provided will enthral, startle and amaze. 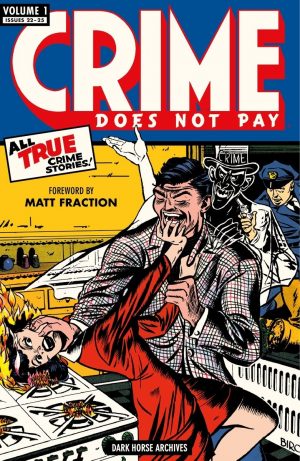 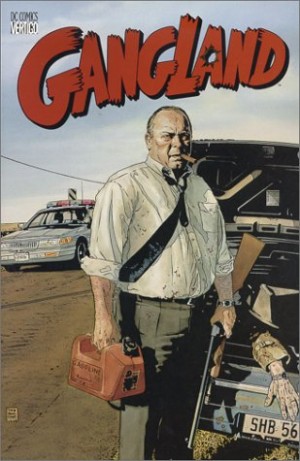