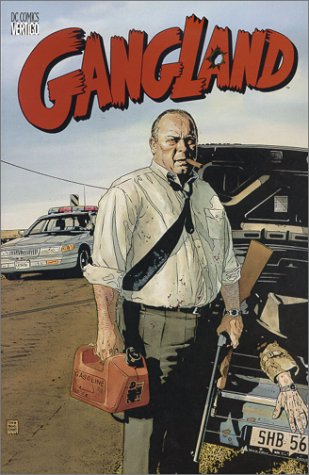 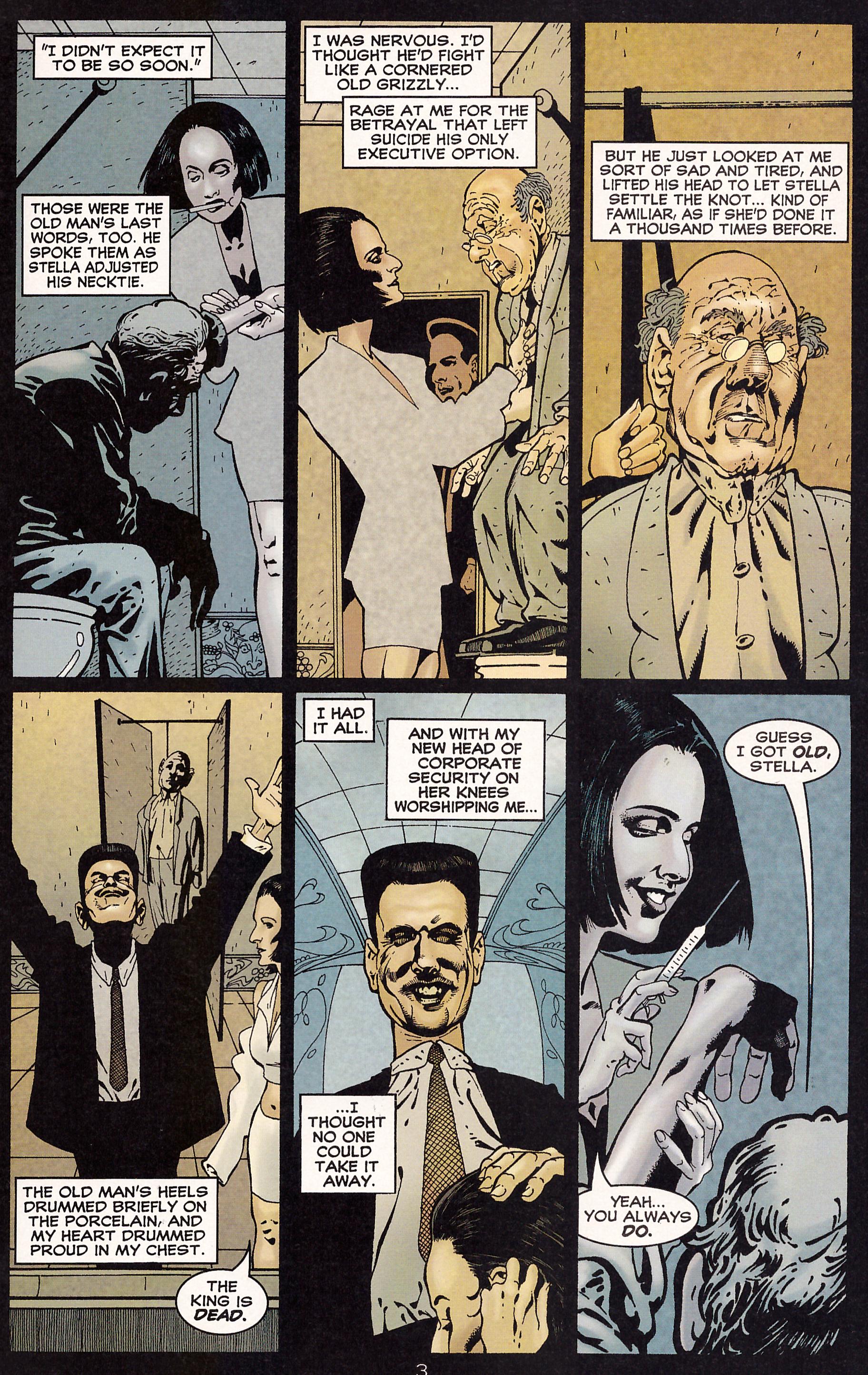 In the mid to late 1990s Vertigo published a whole series of genre themed anthology comics featuring work from A-list creators. Rather oddly, considering the top creators involved across the line, only Gangland and Strange Adventures were ever gathered as paperbacks, and name for name Gangland’s not the most star-studded of the range. That’s not to say the talent is lacking.

The brief has a broad enough crime-based scope, and the content spans time from Tayyar Ozkan’s caveman story to Dave Gibbons looking at Russia in what was then twenty years into the future of 2017. There are curiosities. It’s odd to consider a time when Ed Brubaker and Brian Azzarello weren’t acclaimed for their crime material, yet the skills deserving the awards they later won are on display here. Brubaker’s tale is a perfectly pitched six pages about growing up in the seventies, attractively drawn by Eric Shanower, and Azzarello’s fine ear for dialogue is apparent in a bleak glimpse of the federal witness programme drawn by Tim Bradstreet. Also effective are Lucius Shepherd and James Romberger in territory very similar to that Azzarello would later claim with tale of two ghetto gangsters chancing across a platinum credit card.

As with all anthologies, it isn’t necessarily the creators with the highest profile whose work is best. Peter Kuper’s wordless extrapolation of the drug trade from poppy onwards is extremely effective, as is Richard Bruning and Mark Chiarello’s tale about a couple of enforcers taking a wrong turn. There’s an elegant symmetry to Jamie Delano’s spotlight on the gangster who ensures he inherits the crown, nicely illustrated by Randy DuBurke (featured art).

Artistically it’s always pleasing to see the refinement of David Lloyd, and at the time Frank Quitely was little known. His contribution of a gangster’s wedding, written by Doselle Young, can now also be found in Graphic Ink. Richard Corben’s mastery of gloom and horror transfers very well to crime.

Not everything works. The biggest belly flop is Scott Cunningham’s tale of invading gangster robots. It stretches the patience, and Daneil Zezelj’s accompanying art is shrouded in darkness and further removes interest.

Gangland is a worthwhile anthology and almost all decent crime material, but there is no single strip that grabs by the throat and really hits that homer. Some material in the associated anthology series did.