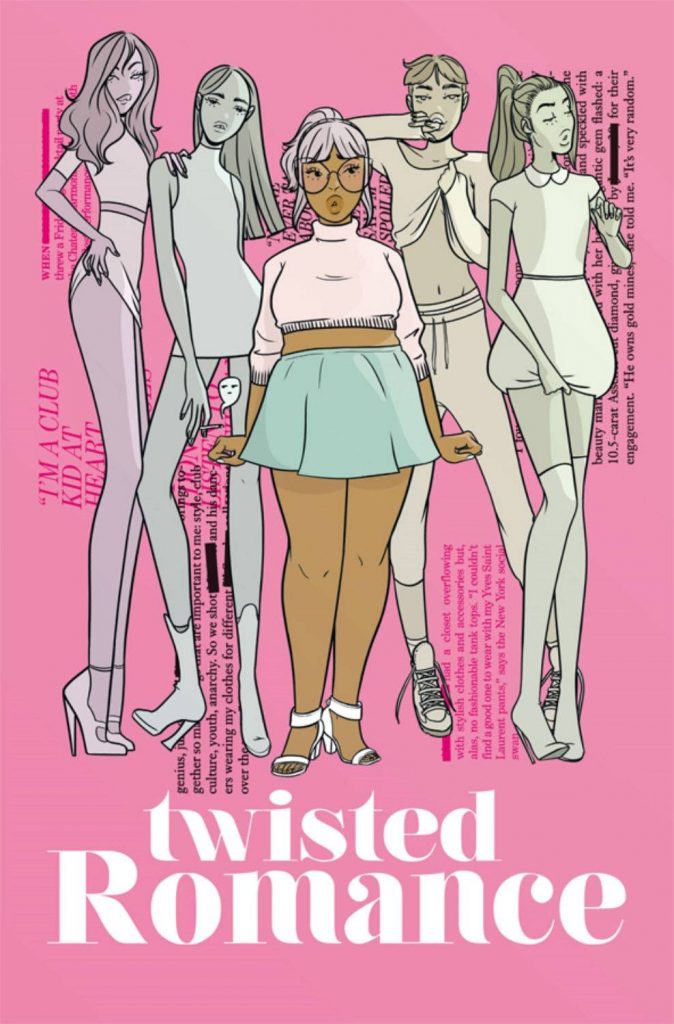 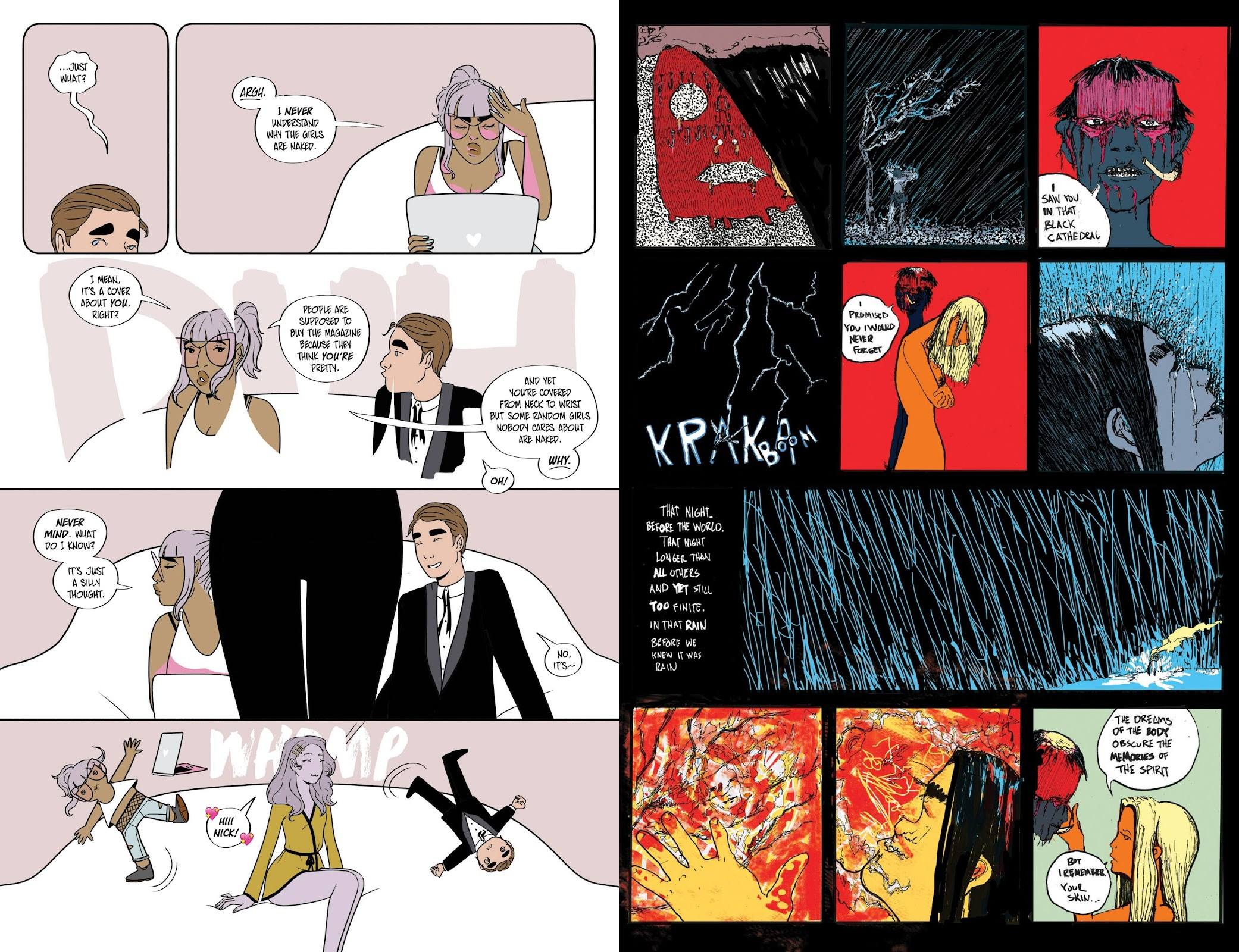 Because Alex de Campi writes the entire content, Twisted Romance isn’t an anthology in the strictest sense of the term, but the considerable difference in approach from the artists makes it seem that way. So does De Campi, varying her style so that every story here lives up to the title.

More so than most graphic novels, the origins of Twisted Romance as an individual comic are obvious. Each of them featured one longer outing and a short separated by a text story, and that’s the pattern followed here times four. It’s very much the chocolate box selection, swerving all over the shop covering many aspects of the theme. The sample spread represents the disparity. Despite the infusion of modern day technology, the Cinderella story of ‘Twinkle & the Star’ could almost have been adapted from a 1950s romance comic, although the neat cartooning of Alejandra Gutiérez wouldn’t have been used then. On the other hand, only de Campi really knows what’s going on in ‘Red Medusa’, with underground-style art from Sarah Horrocks doing nothing to clarify matters.

The title might suggest frustration at best, and an unhappy ending at worst, but de Campi’s essentially open-minded and optimistic, so whether her stories are almost reality based or veer into horror or science fiction there’s an equal chance of her protagonist coming out ahead. They’re not always women. The romance also involves men, animals, and something else altogether. The four longer stories involve the supernatural in a modern setting illustrated by Katie Skelly, Gutiérez’s glimpse into a photographic studio, a space action extravaganza drawn in pencil by Carla Speed McNeil and Trungles illustrating the collection’s highlight simply and beautifully. That’s a clever piece, actually about real world abusive relationships and the strength to escape them, yet also a viable old fashioned fairy tale.

Vita Ayala, Jess Bradley, Magan Cubed and Naomi Salman provide the text stories, which are all worth reading, not just bridges between the comics.

It’s unlikely every strip will appeal to every reader, but enough will stick in the memory to make Twisted Romance worth your time.