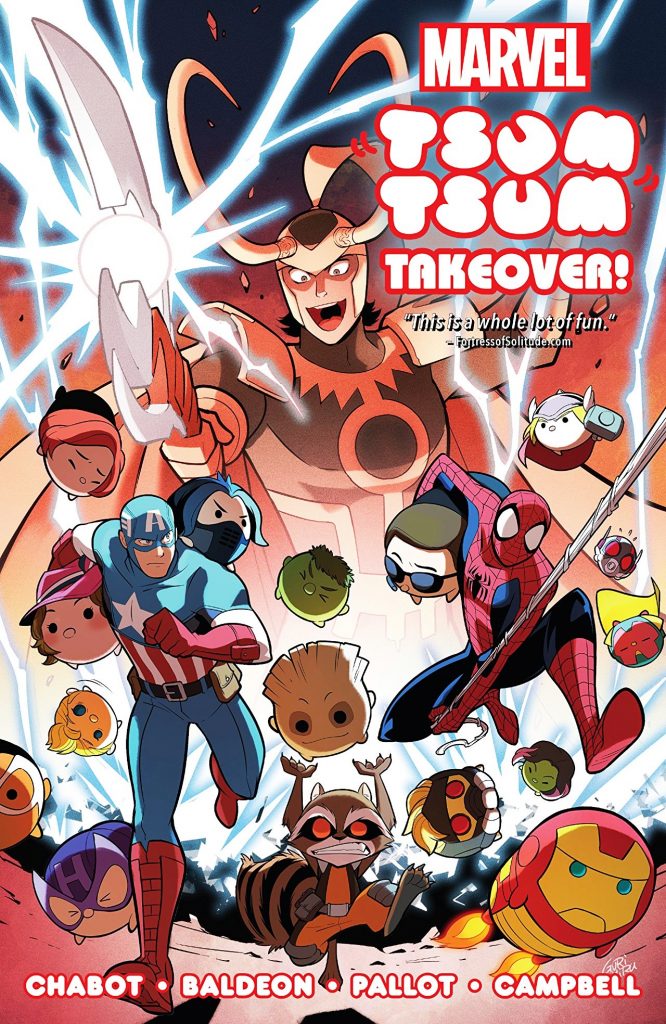 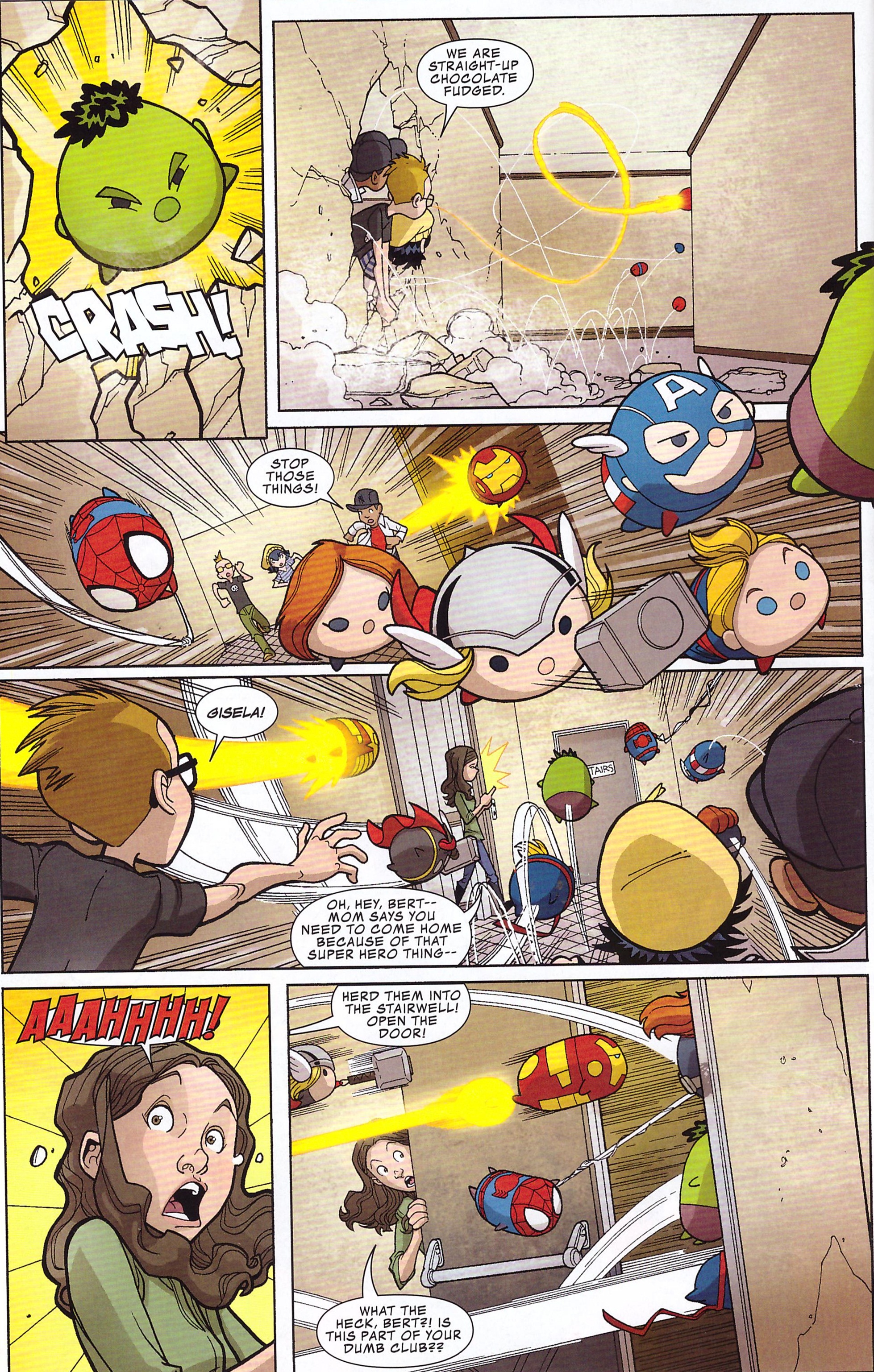 People who don’t have more money than sense may be unaware of the Tsum Tsum phenomenon. They’re little stuffed three-dimensional oval objects around the size of a guinea pig, featuring the faces of licensed characters, and, hey, if you buy enough of them you can stack them in a pyramid. There will be many for whom the term ‘underwhelming’ doesn’t come anywhere close to their astonishment at the crap others will buy. Tsum Tsums began with Disney characters, and as Marvel (and Star Wars) are now part of the happy Disney family, they’ve extended their production to incorporate versions of Marvel characters also. How could they be promoted in the comics?

Bert, Dunk and Holly live in a New York apartment block and Dunk in particular dreams of getting super powers. He thinks his chance has arrived when a mysterious case crashes down on the roof of his apartment building, but imagine his disappointment when it’s only Tsum Tsums. As the Avengers are in the vicinity battling Ultron, the Tsum Tsums rapidly morph into guinea pig-sized versions of the Avengers, complete with their powers, which is a nuisance in a confined apartment. A further complication is that the Tsum Tsums are equally likely to turn themselves into villains, complete with their attitudes, and the newly paroled Looter also has an apartment in the block.

Jacob Chabot and David Baldeon institute a let’s do the show right here! vibe, with friendly and enthusiastic kids attempting to keep their secret, and hide other matters from their parents. Given the limitations of the idea, Chabot ensures the kids are ultra-sympathetic, and, credit to him, drops in a few genuine surprises, not least when introducing who the Tsum Tsums belong to. Baldeon’s cartooning is open and appropriate for the all-ages audience, ensuring there are threats, but not ones that develop nightmares.

There is an irony at aiming a Tsum Tsum graphic novel at children when the primary market for them is adult collectors. Perhaps next time out that should be the deal. This is only four chapters, the book bulked out with 32 pages of pin-ups featuring the logo-less variant covers to the original comics. If you already find Tsum Tsums cute and charming you’ll probably love Tsum Tsum Takeover, but if their appeal eludes you there’s little point in buying this blatant promotion.