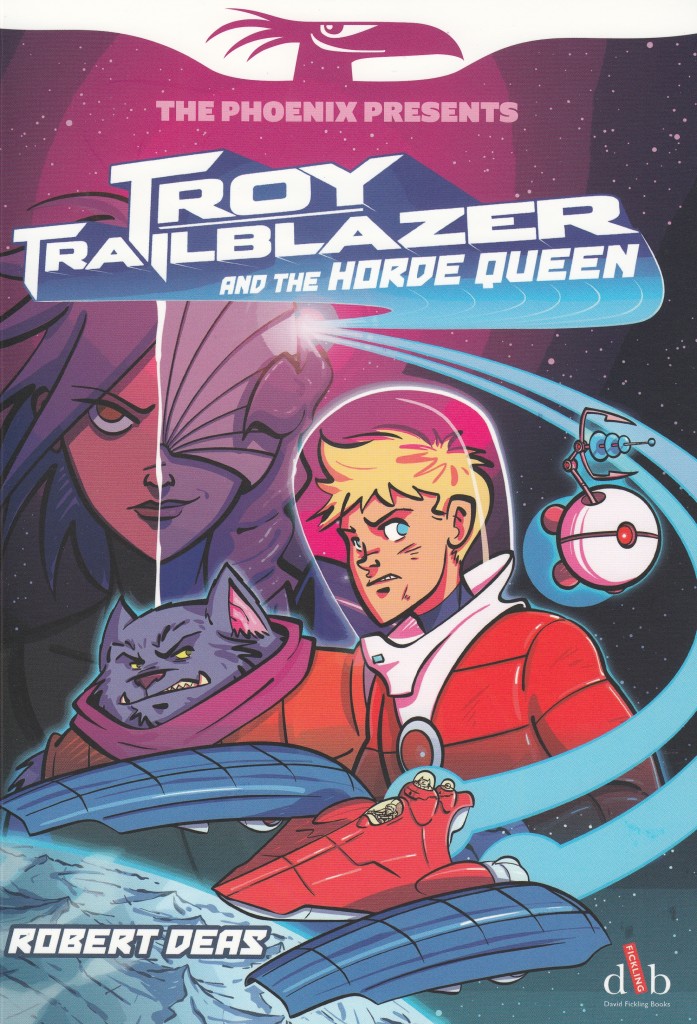 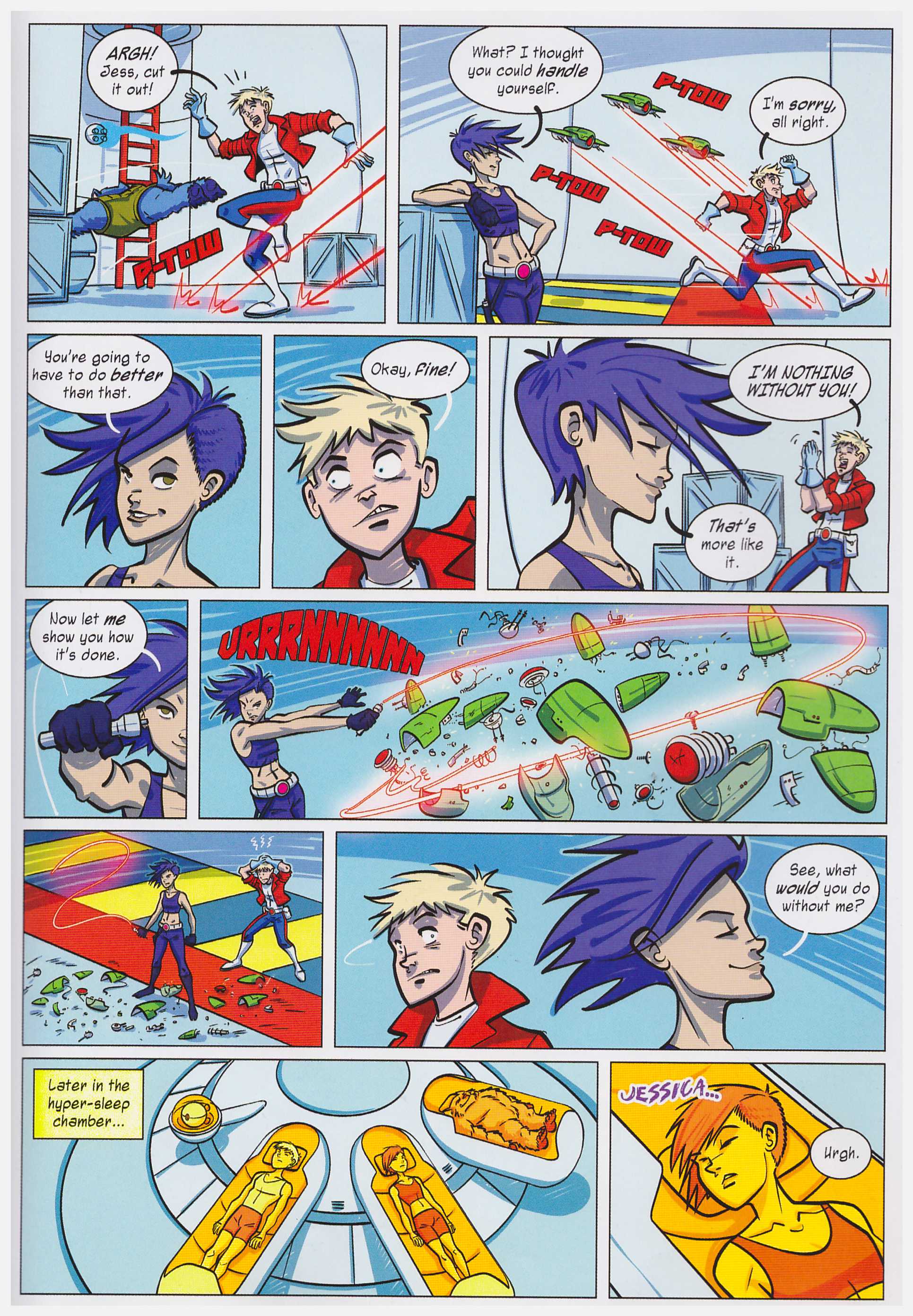 Yes, even taking into account this is a graphic novel aimed at children, the title character’s name is atrocious, and overall Troy Trailblazer is a rare misfire for the usually reliable David Fickling Books line of children’s graphic novels. That’s despite a big and clever twist, but unfortunately Robert Deas isn’t quite skilled enough to pull it off. Any adult with the patience to reach that point must have an extremely low entertainment threshhold.

It’s to be assumed that even in today’s world of hyper-real video games there’s still a modicum of thrills and reader identification to be had from a graphic novel about a teenage boy piloting his own spacecraft through the galaxy and setting wrongs right. He’s accompanied by the frankly more capable Jess, once a bounty hunter, and the growling blue-furred Barras, bearing more than a slight similarity to the X-Men’s Beast.

There’s very little that’s original about Troy Trailblazer, and while this won’t be apparent to young readers, any adult will be amazed at how obvious the source material is. The aliens have been toned down a little to provide an appropriate level of danger rather than pants moistening terror, and the zombies have undergone a similar diminishment. Attempts at mood-lightening humour are equally obvious and lacking in originality – “He’s standing behind me, isn’t he?” or “Those zombies couldn’t fight their way out of a cupboard…”

We’re definitely in ‘children’s’ territory here rather than all-ages, but the better children’s graphic novels, and several David Fickling titles can be counted among these, work on two levels, also offering something for adults that may have to do the reading. There’s little of that in the opening chapter.

But… There’s an astonishing change of emphasis for the second chapter. We now have an adult Troy and crew fifteen years later. The galaxy’s a very dangerous place, and that’s largely due to the earlier Troy’s incompetence. There’s less predictability about the plot, and the ending is surprising, if somewhat emotionally underplayed.

Taken as a whole it comes across very much as if Deas is learning on the job, funnelling his influences into his own material. He’s a competent enough cartoonist with a manga-lite style, and there’s no difficulty following the plot. Overall, go for another one of the David Fickling books rather than this, or alternatively sample a different Troy Tailblazer story as found in the first Phoenix Colossal Comics Collection.