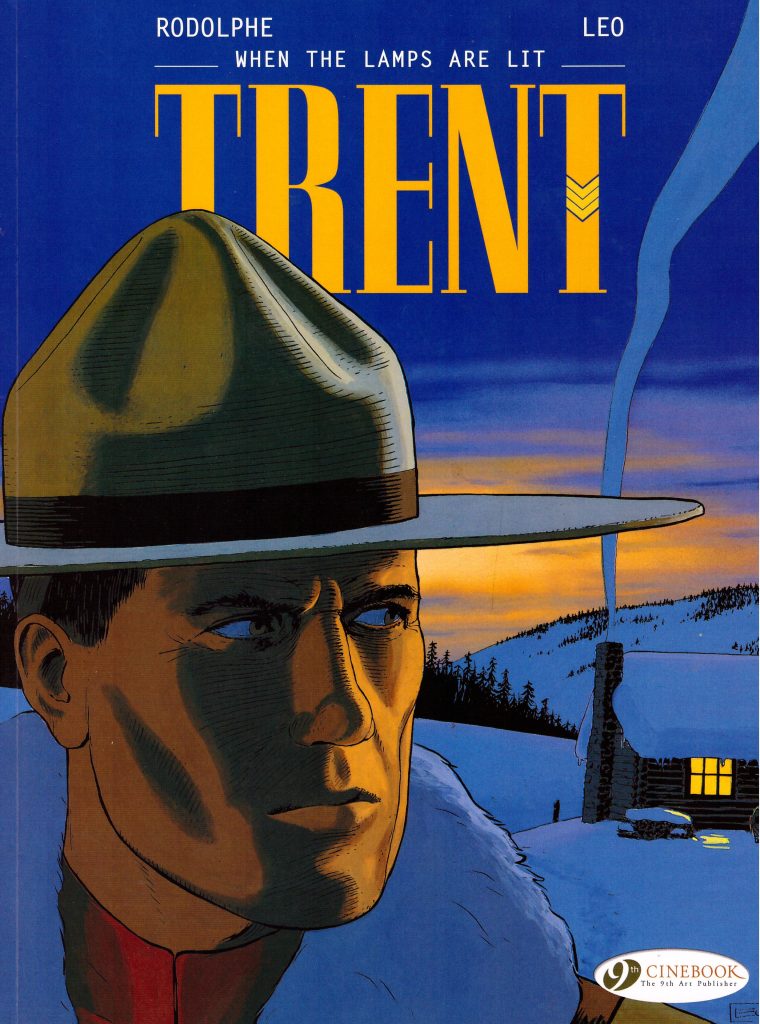 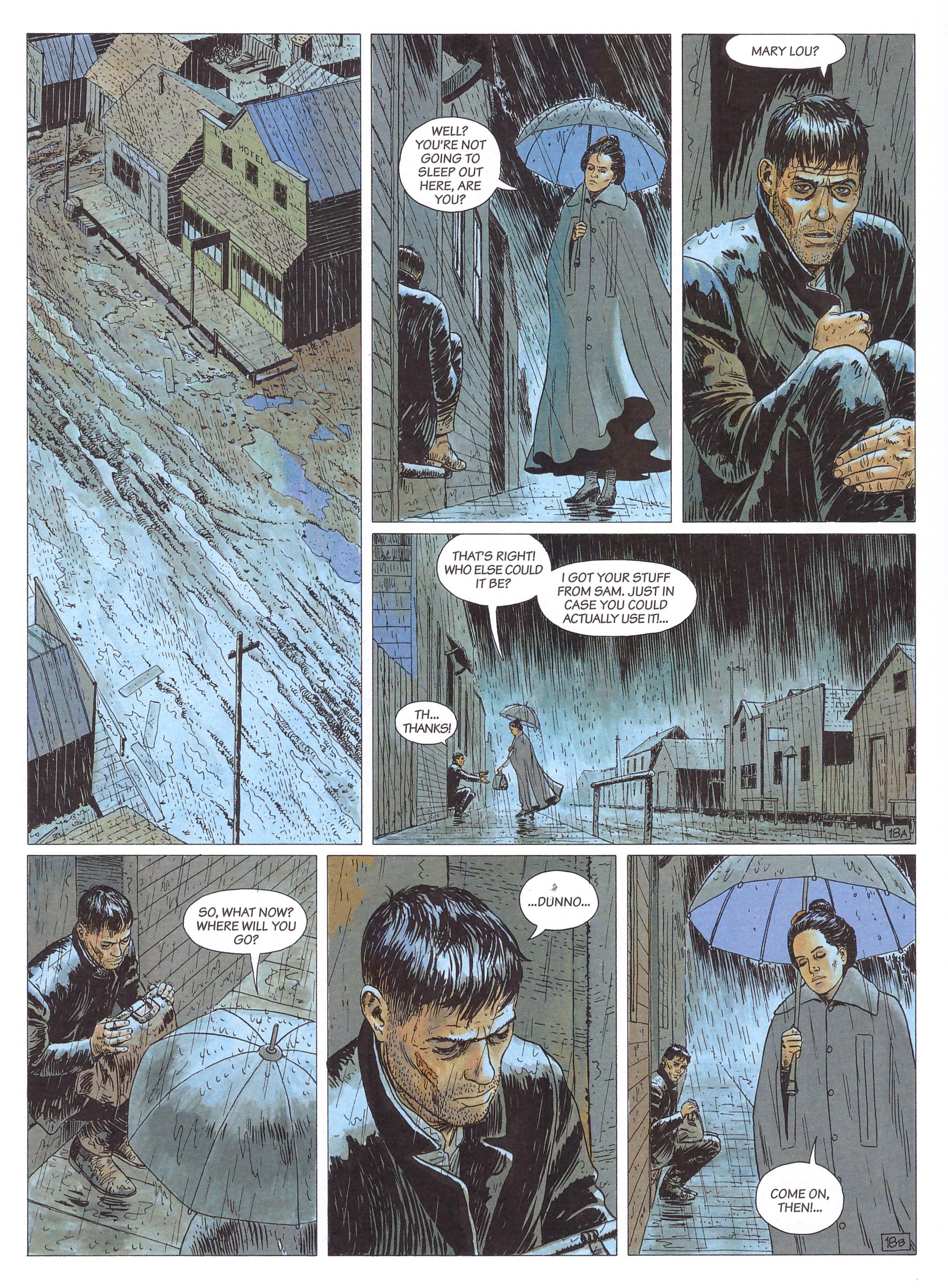 Over three albums, Trent has been a continually surprising series. We’ve learned Trent became a Mountie after his idealised relationship didn’t work out, and two volumes to date have spotlighted his deliberately solitary existence patrolling the wilds of Alaskan Canada. The title phrase occurs early here, as Trent passes through a small town, his isolation and fractures never so acute than when others are nearby. The lights within the houses almost taunt him with the life he no longer has, and he wakes up to smell the coffee, determining to rectify the lapse of his past.

The opening third of When the Lamps are Lit provides no pretence of the crime stories that took Trent through The Dead Man and The Kid, instead piling on the tragedy as Trent disintegrates, having delayed his redemption too long. It’s astonishingly gloomy, a meditation on character failings that drop Trent into a pit several levels below the protagonists of noir fiction. Given his period is the late 19th century, it’s never diagnosed as such, but as written by Rodolphe (Jacquette), Trent bears all the hallmarks of someone afflicted with depression. He’s also shown to be strangely amoral for a person we’ve believed until now is upstanding, perhaps based on his career choice.

Leo (Luiz Eduardo de Oliveira) continues to draw distinctive characters that look to have a life between the panels, and embed them in rich scenery. There’s less opportunity to present the glory of nature in this story, but Leo makes the most of what there is, and contrasts the relatively affluent areas of a small town with their shabby and rundown counterparts. There are places where his characters lack weight, but they’re not as stiff as the style he’d develop. Marie-Paule Alluard apllies sensitive colour, particularly over the scenes that begin Trent’s reverie. They’re not as rich as on the cover, but the greater subtlety inside suits the mood better.

Every Trent album to date has its surprising aspects, and in some ways the surprise Rodolphe drops toward the end is the most obvious in the series to date, but it’s been well concealed with convincing storytelling. A sequence of messages delivered is masterful in the way it misleads, as the entire plot locks tightly together for the conclusion. There’s also a nice back cover homage to Lucky Luke, with a silhouette of Trent on his horse riding into the distance.

Trent plays with Western tropes, but there’s a grand tradition in French graphic novels of subverting them (see recommendations for some of the best), and after three albums, Trent can surely be added to that list of quality. The Valley of Fear is next.