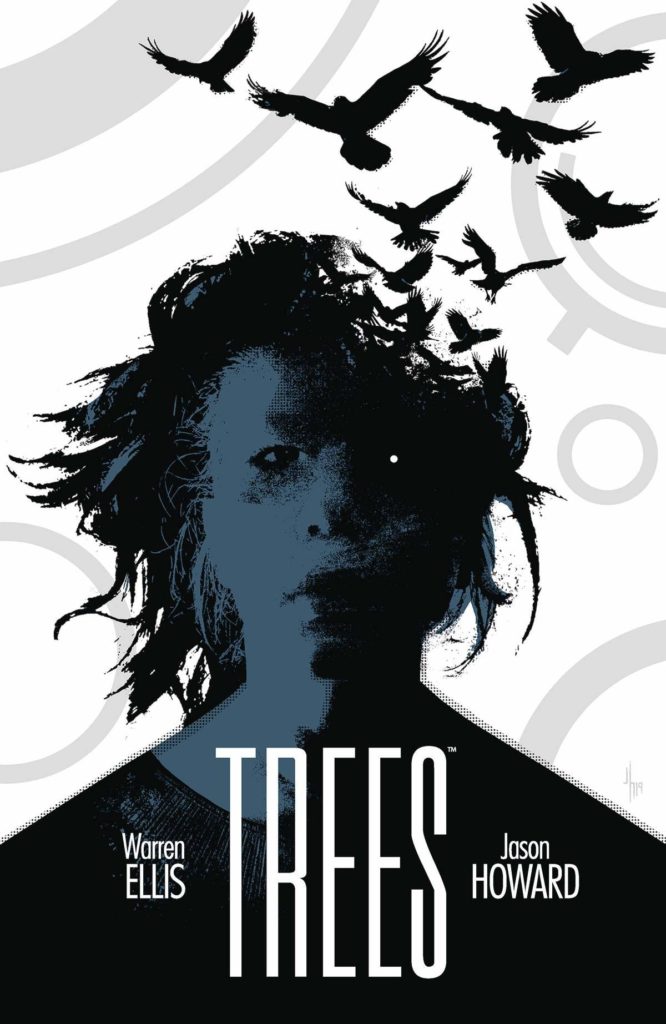 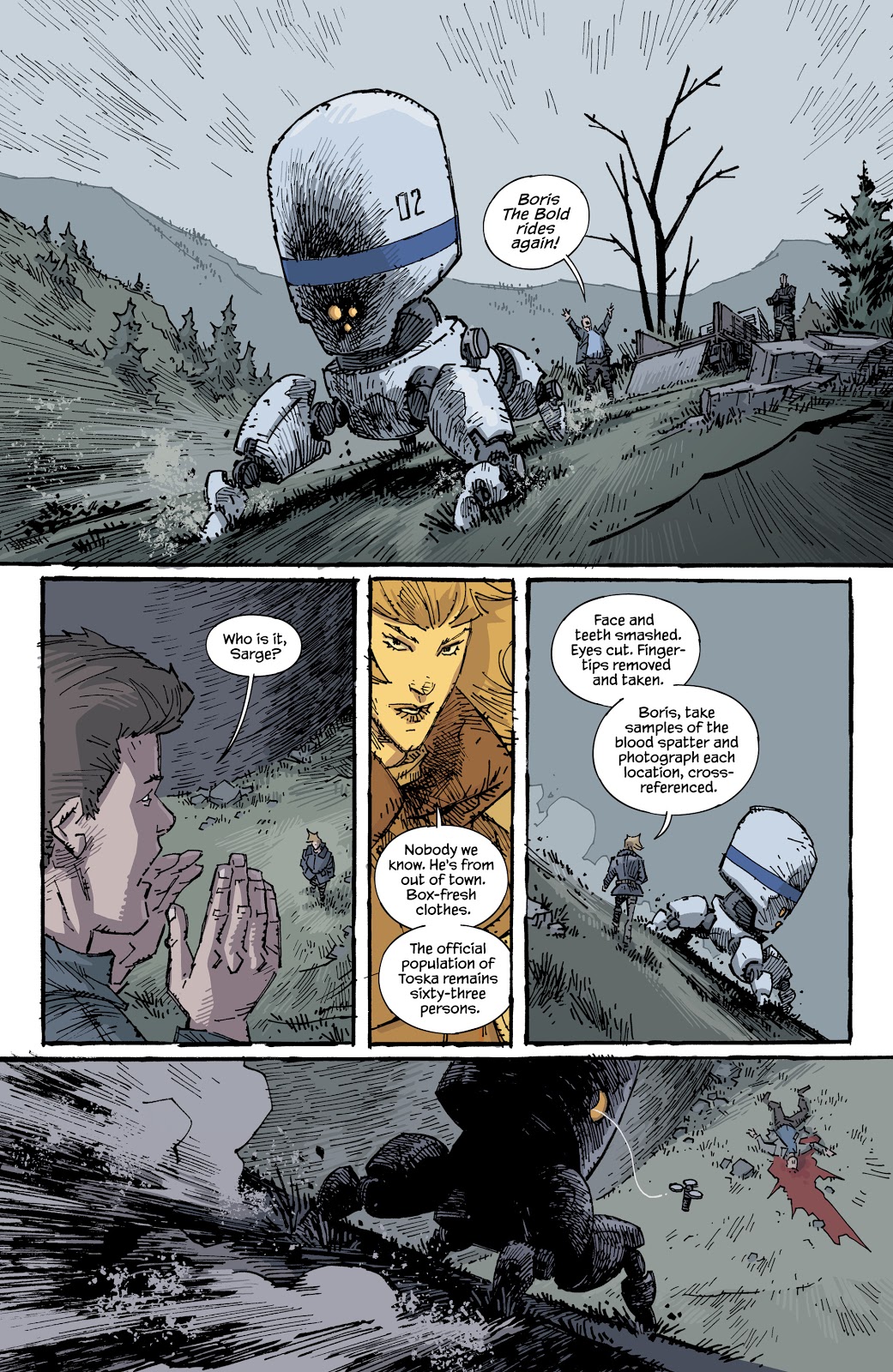 Three years after Trees last appeared, Warren Ellis and Jason Howard issued a new story, one that cements thoughts about the overall intention. This is an Earth where massive alien structures deposited themselves and then just remained in place, unmoving and too large for Earth’s authorities to do anything about them. They’re pillars stretching miles into the sky, resembling tree trunks when viewed from ground level. Rather than being a science fiction story where the mystery is what the so-called trees actually are, and what their purpose might be, Ellis uses them to investigate the effect a massive, life-changing intrusion into everyone’s life might have on pockets of humanity. This time his attention turns to a small community in Russia, a place remote enough to accept the occasional loss of electricity as a standard inconvenience. It’s also a community where the old ways go back one hell of a long time, so when Sgt Klara Voranova is told “Just try to remember. He is coming, and he always wanted to stay”, it’s a warning she takes on board.

By this point Ellis has raised the tension by ensuring we’re already aware Klara is a marked woman, and what seemed like a standard, if darkly funny, opening scene actually may have a greater meaning. The presence of the trees is minimal, more a visually imposing indication of scale for Howard, who uses them frequently as a backdrop. His scenery and characters have a sketchy look about them, but the style shouldn’t downgrade what an effective artist he is. The cast have personalities and emotions, while the viewpoints that express the story are continually well selected and designed.

The longer it continues, the more it seems as if Ellis is writing a Western. The setting is a variation on the present day, but the staging bears all the hallmarks of a 1950s Western with the one honourable person prioritising duty above all else. There is one hell of a shock in the final chapter, and it leaves Three Fates as a very satisfying story even before considering the clever title.