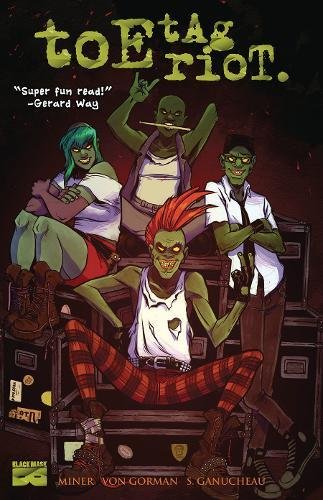 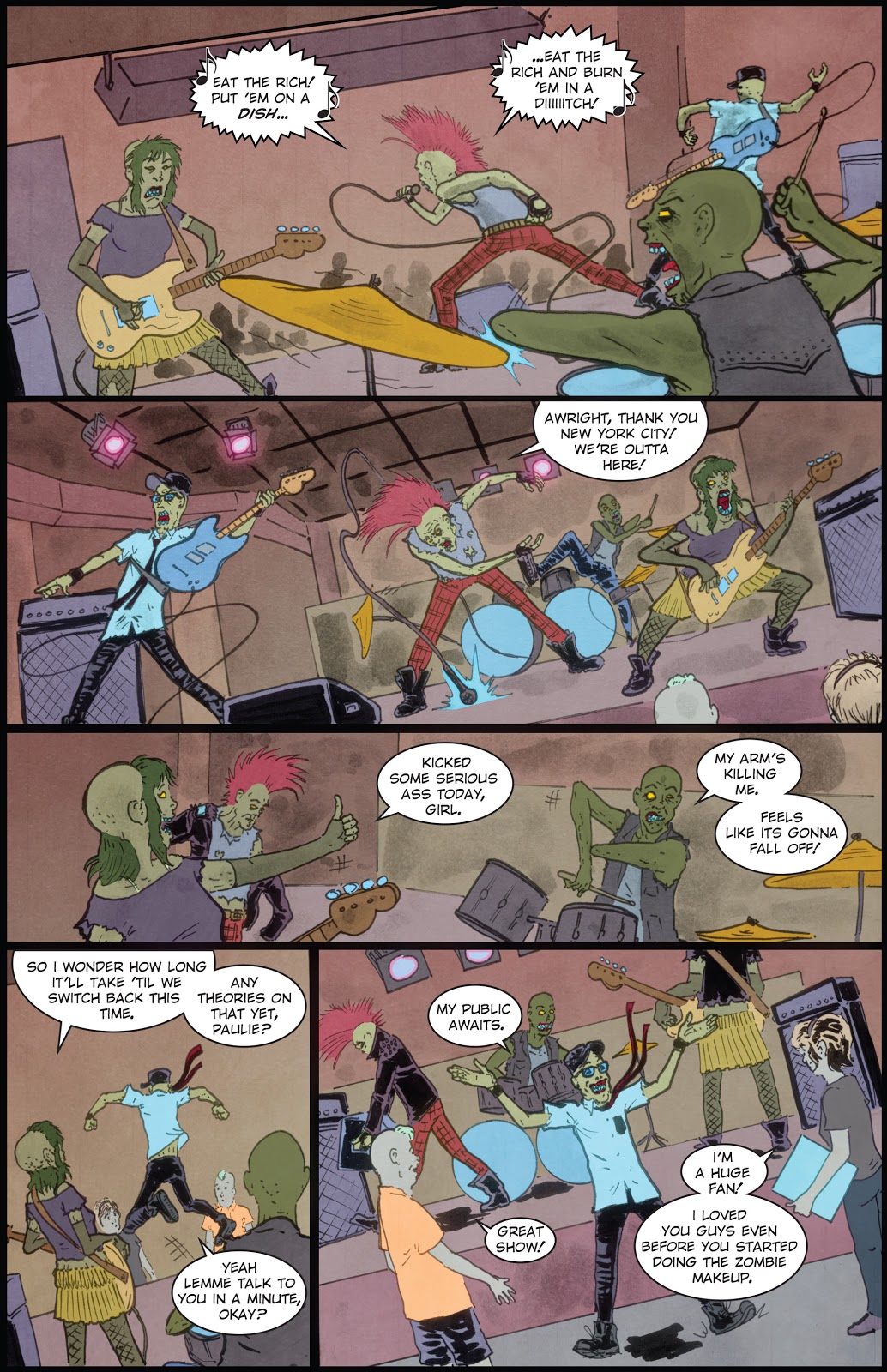 Everyone’s caricatured in this tale of a third rate punk bank cursed to transform into flesh hungry zombies at plot convenient moments. It’s a viable concept. However…

It’s not as if Toe Tag Riot lacked a knowing attitude before that point. What comes across, as it’s almost underlined in the dialogue, is Miner deciding first on the genders, orientation and principles his cast should have, and considering the resulting tick box of diversity enough work on personality. That established, they can take on the ignorantly oppressive forces of society as they travel about the USA in their curiously luxurious band bus, like Scooby-Doo and friends. Everything is so obvious. There’s not a single moment of subtlety over four chapters, the repetitive jokes are one note and even the inclusion of a well deserved fate for the hateful Westboro Baptist Church can’t rescue Toe Tag Riot. After a well paced opening chapter flashing back and forth introducing the cast and their predicament, everything just stretches out until the conclusion. For the page count, way more plot is needed.

At first glance none of this is apparent as Sean Von Gorman’s lively underground art style displays an attractive sheen that disguises that lack of plot. There’s a vibrant looseness, he can design a page, and give the cast some feeling. It’s not enough.

A Kickstarter campaign solicited contributions to see Toe Tag Riot serialised in the first place, so a lot of people had faith this would be something worth reading. Let’s hope they weren’t disappointed.