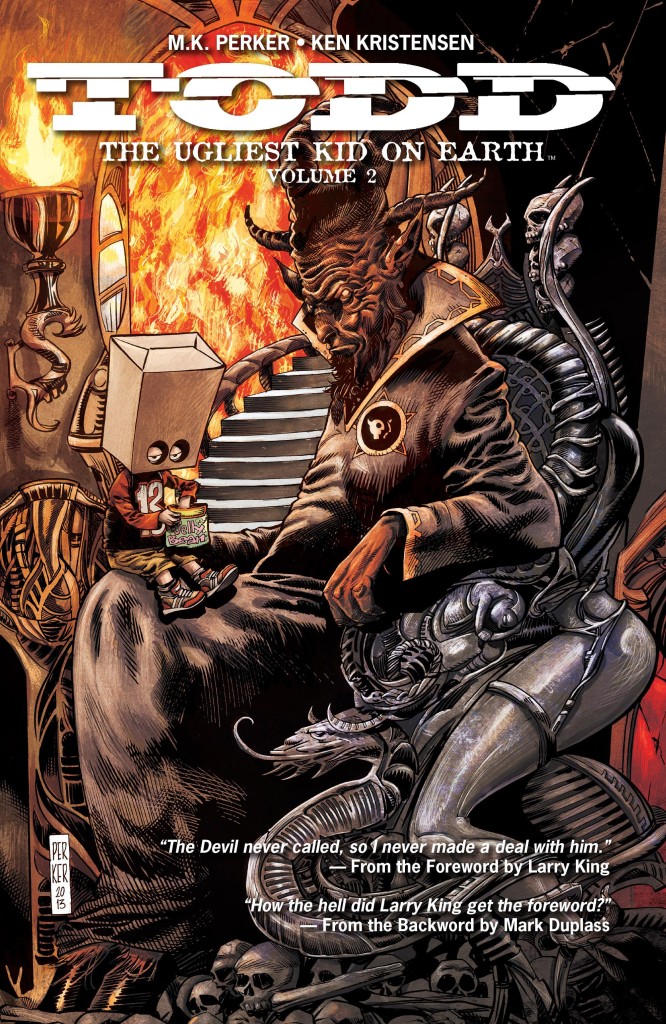 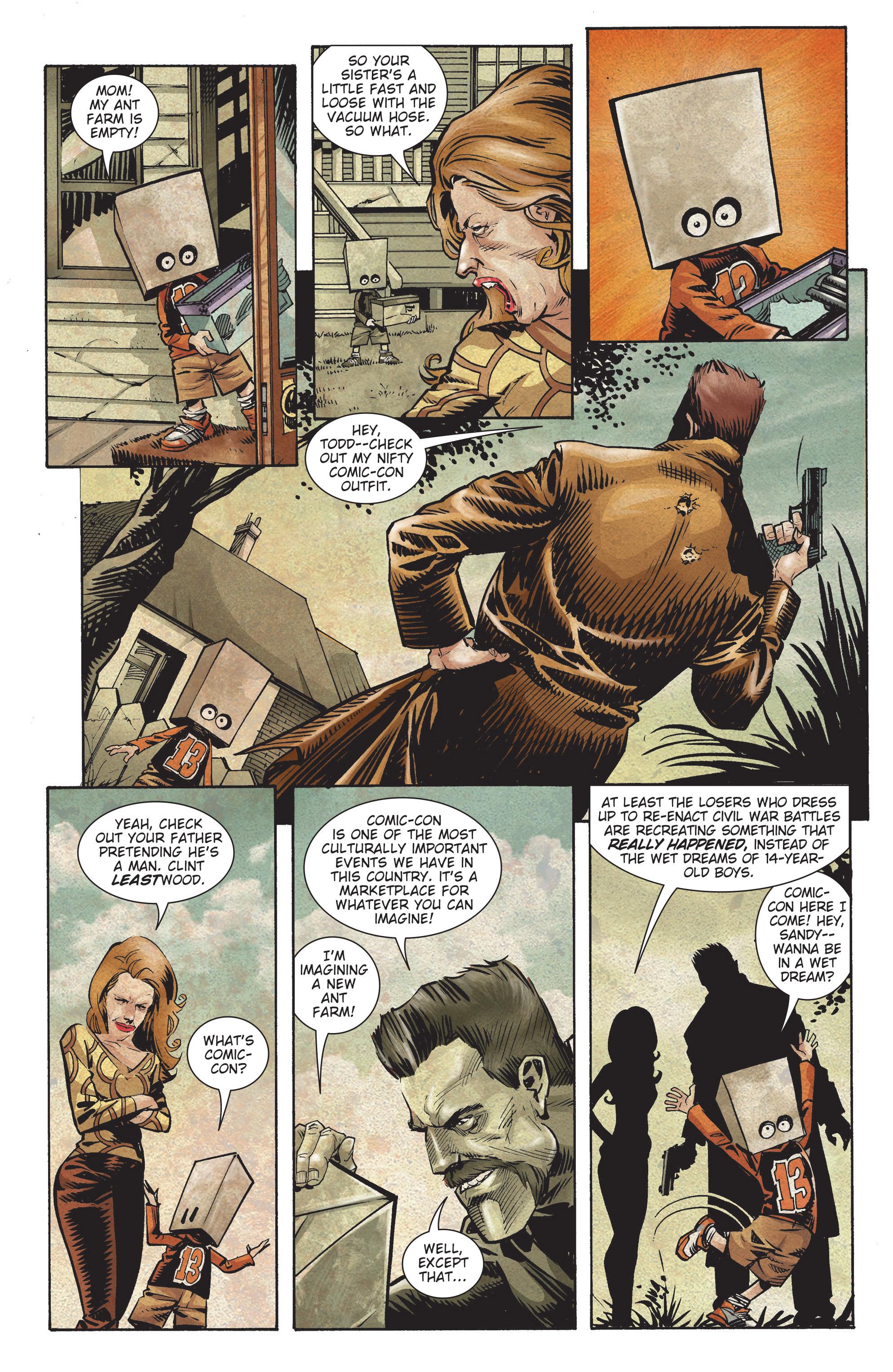 The crude and cruel hilarity continues, but for this volume’s opening chapter Todd is pretty much surplus to requirement as Ken Kristensen aims his satirical scattergun at all and sundry. TV hosts, Marvel Comics, Tom Wolfe and others occupy more pages than Todd. Kristensen, however, knows what he’s doing, and much of that set-up plays out over the following pages, although the Marvel material is just indulgence.

An admirable aspect of Kristensen’s writing is how he’ll fling in a hilarious left-field shock, yet set it up entirely logically (within the context of Todd’s hyper-real world, anyway), and then contrive an equally ridiculous method of compensating. And those surreal characters keep coming. One treat is the police chief looking for a black partner to increase his Q score, taking his wife out for an anniversary dinner at Roscoe’s Chicken Waffles, but more prominent is the TV host whose success is dependent on a satanic table. And talking of Satan, we see him and his son in a mediation group. It perhaps gives an idea about how many balls Kristensen is juggling simultaneously.

As with the first volume, Todd is the virtuous innocent in a world of blue collar, me first, looking out for number one people, always grasping for that extra advantage. The deliberately coarse and provocative script is sitcom sharp (think Soap or Married With Children with swearing permitted) and M.K. Perker’s art is fantastic psuedo-realistic caricature, very much the Jack Davis or Mort Drucker method used in Mad for decades. He delivers a fine Norman Rockwell parody as well.

Unfortunately Todd’s story, and that of everyone else sucked into his world, was never concluded. This matters less in Todd, The Ugliest Kid on Earth than it might do elsewhere, as the plot is deliberately discursive, wacky and skin of the teeth. It’s a book to be experienced in the moment rather than considered in the long term, and what we have is just fine for those who like this kind of material. There is online mention of the series being adapted for animation, but nothing since 2014.