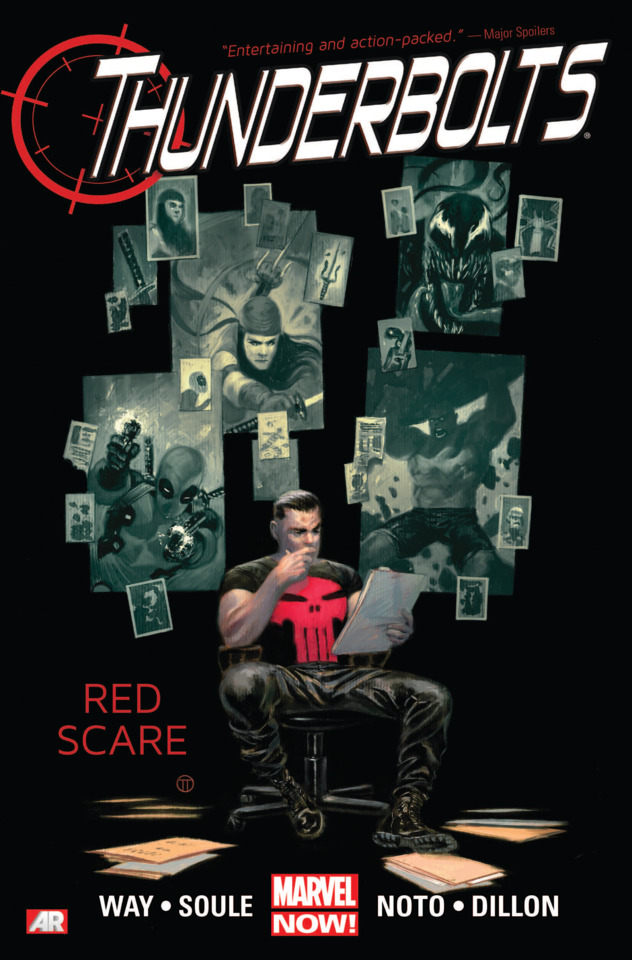 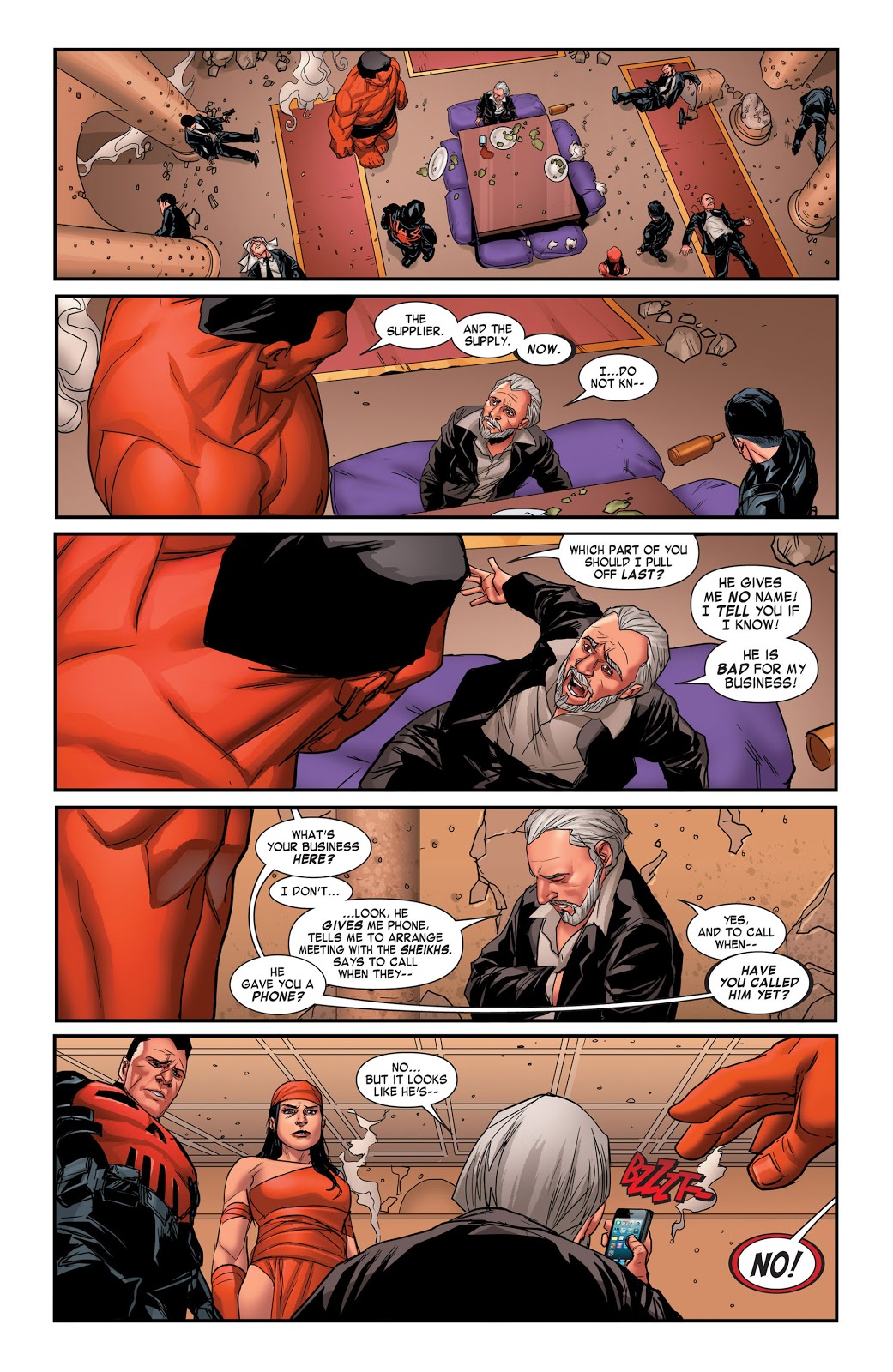 The Red Hulk, in a former incarnation American General Thunderbolt Ross, has gathered together a team of assassins with the stated mission of dealing with tyrants the world ignores. Their first, recounted in No Quarter, ended with the revelation that multiple gamma-powered armoured suits exist, and someone’s now using them to target Middle-Eastern terrorists.

When we see the armour it’ll have a vaguely familiar look to it for long time Marvel readers, and indeed turns out to have connections with an old armoured threat. Daniel Way mixes that in with a form of real world politics, involving the CIA and jumps the team around the world. With the volatile mixture of characters and Way’s previous experience writing Deadpool, Red Scare should be a thrilling graphic novel. It isn’t. To call a spade a spade, the occasional Deadpool monologue apart, it’s dull. The villains are dull, their motivation is dull and most of the interactions between the various Thunderbolts are dull. None of them trust Ross, but in his Red Hulk identity he’s powerful enough to deal with them all. However, he isn’t nearly as entertaining when he’s in shouty mode as he was in the days before he became the Red Hulk. Again, the Leader, or the hapless shell of what he once was, is the most interesting character, pitiful and subservient, but always carrying the danger of reverting to his old self. It’s bound to happen sometime in the series, and that can only liven things up.

With the exception of a couple of pages in the opening chapter, Phil Noto replaces Steve Dillon as artist for the main story, and is surprising. Known for his studied pseudo-realism, Noto’s instead evolved a style midway between that and Dillon’s approach, something that presumably works better for him when faced with a monthly deadline. Dillon’s back for the final chapter.

As in No Quarter, Way’s use of the cast is spotty. There’s again little space for Elektra, this despite someone from her backstory prominent among villains, and the odd moment apart, the Punisher and Venom might as well not be there either. And just when it seems even Way seems to have realised that having Elektra get together with the Punisher was extremely misguided and best forgotten, the final chapter has them sharing a bed again. That final chapter is connected to the main story, but is to all intents and purposes a Punisher solo, just not a very good one. Any Punisher reader has read an episode where the relentless hunter of gangsters tracks one from place to place, eventually dealing with his prey, and after this they’ll have read another.

Perhaps realising that the project hasn’t turned out as planned, the series continues without Way in Infinity.