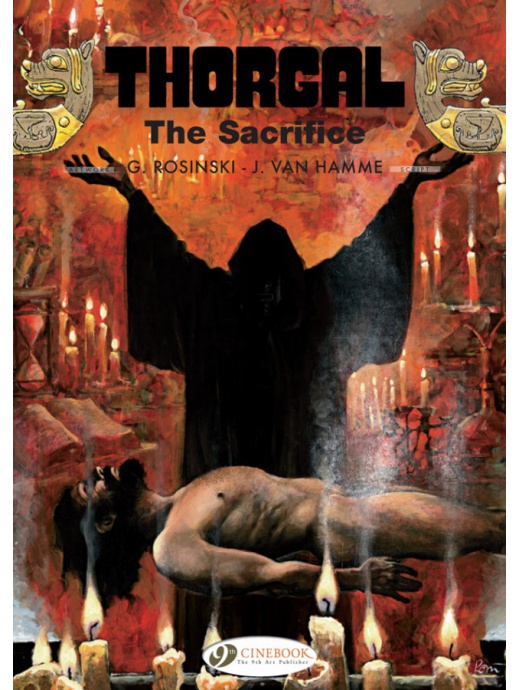 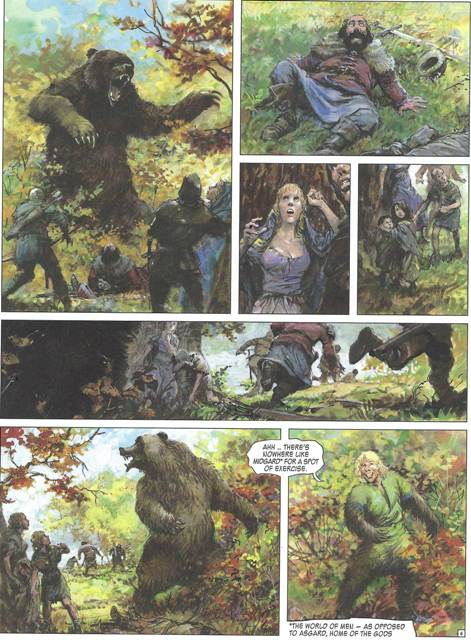 After the tragic events of Kriss of Valnor, Thorgal Aegirsson’s family are wandering north towards their old home. Aaricia. Jolan and Wolfcub now have little Aniel with them while also caring for a comatose Thorgal. When they invoke the wrath of a local baron their plight becomes more desperate. A fervent prayer to the goddess Frig is answered, but not without conditions and the All Father Odin would love to see Thorgal fail. They have only two days to complete a task to find a man who lives outside the will of the gods, except they don’t quite know where he can be found and even then the road is perilous. All Thorgal and Aaricia have ever longed for is to live at peace but that will come only with costly sacrifice.

The Sacrifice is the 29th and final episode written by Jean Van Hamme, the 21st in Cinebook chronology. As a send off his friend and Thorgal co-creator Grzegorz Rosiński decides to do all the artwork himself, having used the services of colourist Graza since The Invisible Fortress. While the facial details are not as fine as when Graza carries the burden of colouring, Rosiński produces some vividly coloured artwork. He can capture the glimmering wonder in a child’s eye or the simmering hatred in a crowd of people. Stunning landscapes characterise his work and while not as expansive as in his younger days (see The Land of Qa) he hasn’t lost his touch. Villages locked in by ice and snow make you shiver, castles can foster dread or inspire awe depending on the requirements. Most importantly for an artist whose stock and trade is fantasy, he makes a flying ship seem a real possibility.

Van Hamme’s swansong is briskly paced, the plot highly engaging. You can confidently expect nothing less as Van Hamme rarely misfires in any Thorgal story. Characters key in Thorgal’s development and adventuress over the years feature. That won’t mean much to a new reader but for those who have followed the man from the stars’ adventures for years it is a hearty Thank You. This trip down memory lane also serves the story by tying up plot threads and steering the series in a new direction. Farewells are also said between the cast, poignant and tender as one chapter in Thorgal’s saga ends and another begins. As writer Van Hamme brings his part in the story to a close, simultaneously making way for a new writer to make the series their own.

When Van Hamme and Rosiński created Thorgal did they think they would be telling his stories for thirty years? Since beginning serialisation in the pages of Tintin magazine in 1977 the series has sold over 11 million copies and spawned three spin-offs. The next volume I, Jolan sees Thorgal’s son Jolan take a lead role as Yves Sente inherits the writer’s quill.

While Cinebook haven’t yet printed I, Jolan in trade format, they have made it and most of Thorgal beyond that available in digital format through the collaborative Europe Comics platform, including some of the spin-offs Kriss of Valnor and Wolfcub. 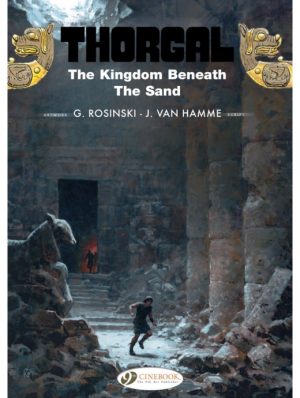 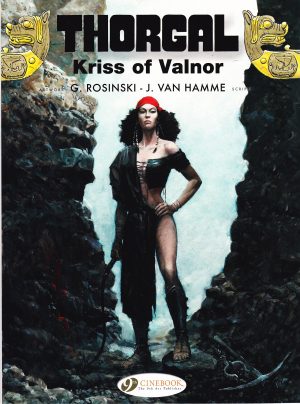 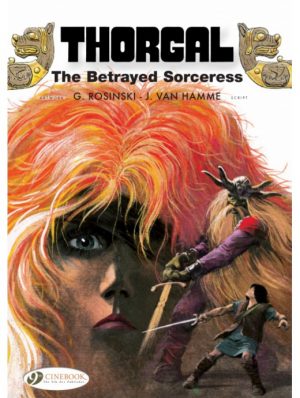