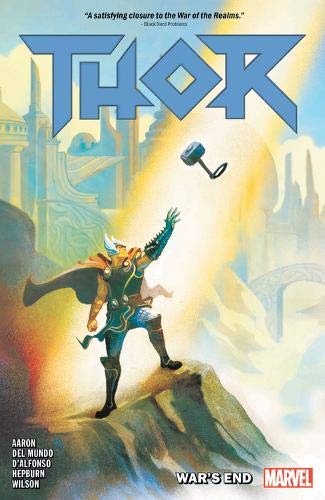 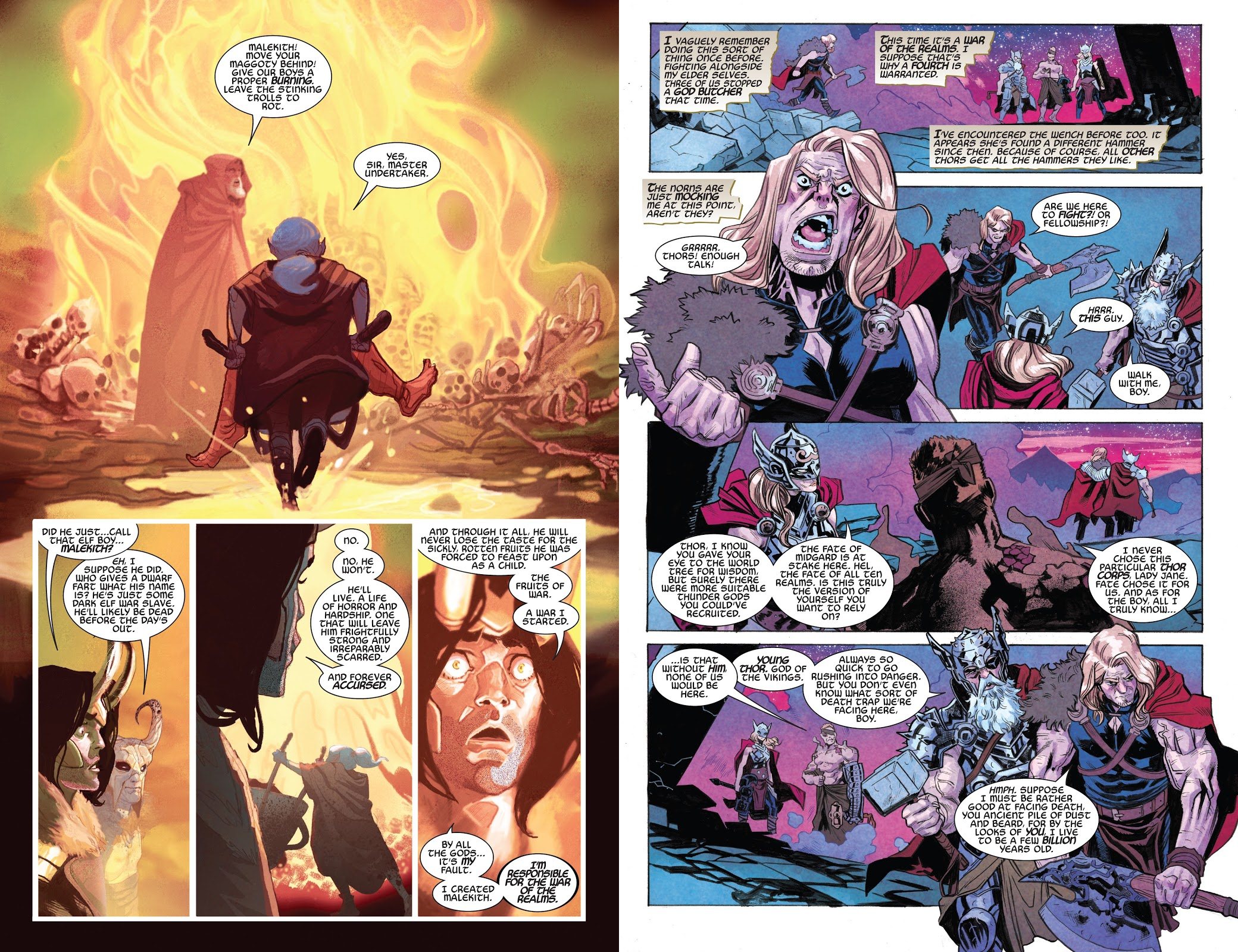 The War of the Realms is over, Thor eventually played a definitive role, and Jason Aaron begins War’s End with a look at what happened to others who were involved.

The opening two stories both feature people with a capacity for self-delusion, able to justify their villainy to themselves at least, as disguised heroism. The Loki story is clever in the way it slightly reconfigures events that occurred earlier, Loki himself learning as his self-deceit is stripped bare while simultaneously reinforcing his ego. Cul, the God of Fear, is a different type of villain, revelling in his ability to induce fear and puzzled by his apparent weakness. Both pieces occur as the War of the Realms is taking place, and both have Mike Del Mundo pages not matching his earlier work on the series, relying too much on big images and blurred backgrounds. He’s a first rate artist, so even when he’s slacking off a little his pages still better those of fill-in artist Scott Hepburn, but this isn’t the full power and glory Del Mundo’s capable of.

Hepburn’s story is of the young Thor pulled through time to join other incarnations of the God of Thunder. Despite his bluster he feels out of place when pulled to the War of the Realms, and he is, but he’s about to experience a big moment. It’s the slimmest of the five stories, Aaron not trying to disguise what he’s building toward, and Hepburn giving the moment appropriate Kirbyesque power, but the young Thor doesn’t grab the attention after this set-up.

It’s only the final two chapters that move beyond the conflict for the mopping up, and they’re the quality material, even if a little padded by sentimentality. Del Mundo’s still drawing in wisps and smoke, but more effectively as the narrative shifts around to different characters. He produces a page of assorted death gods that’s stunning at first glance, and even better when the spiders in the background come into focus. To begin with Del Mundo’s Asgard is the cold, later movie version, shrouded in fog, but as this is a tale of restoration he steps up to the plate for the final chapter’s glorious redesign, although not colouring everything himself is a shame.

Aaron’s plotted on an epic scale to produce a run of Thor over several years that ranks among the all-time best. For more recent Thor converts there’ll be nothing to touch it, and it’s unlikely there will be for many years. He wraps everything up very neatly, and the sentimentality mentioned is an indulgence well earned. He’s not quite finished with Thor, however, and King Thor is his final statement.