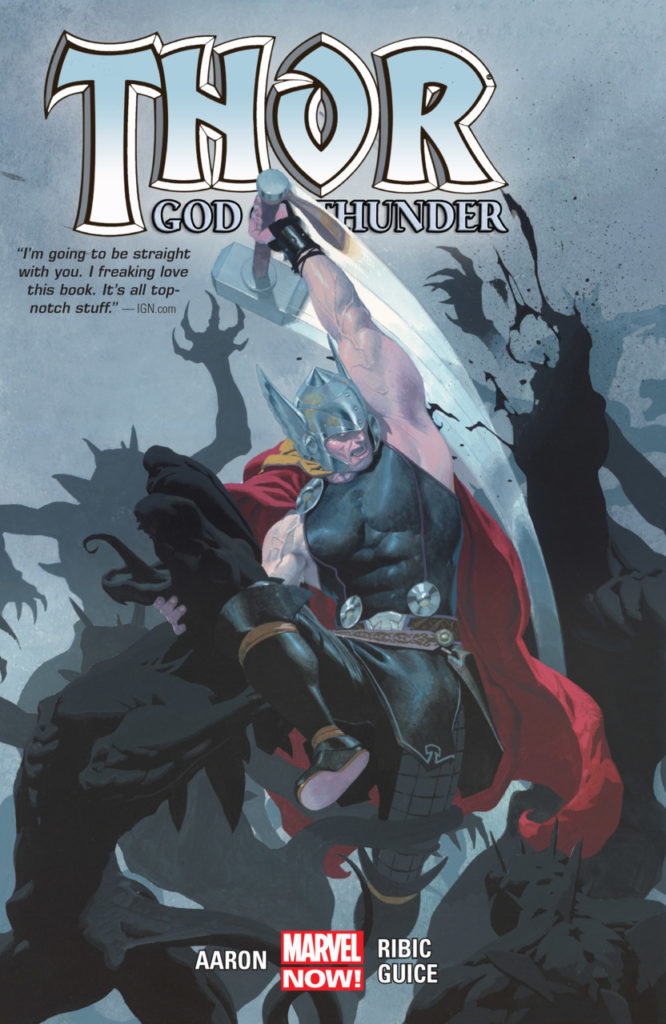 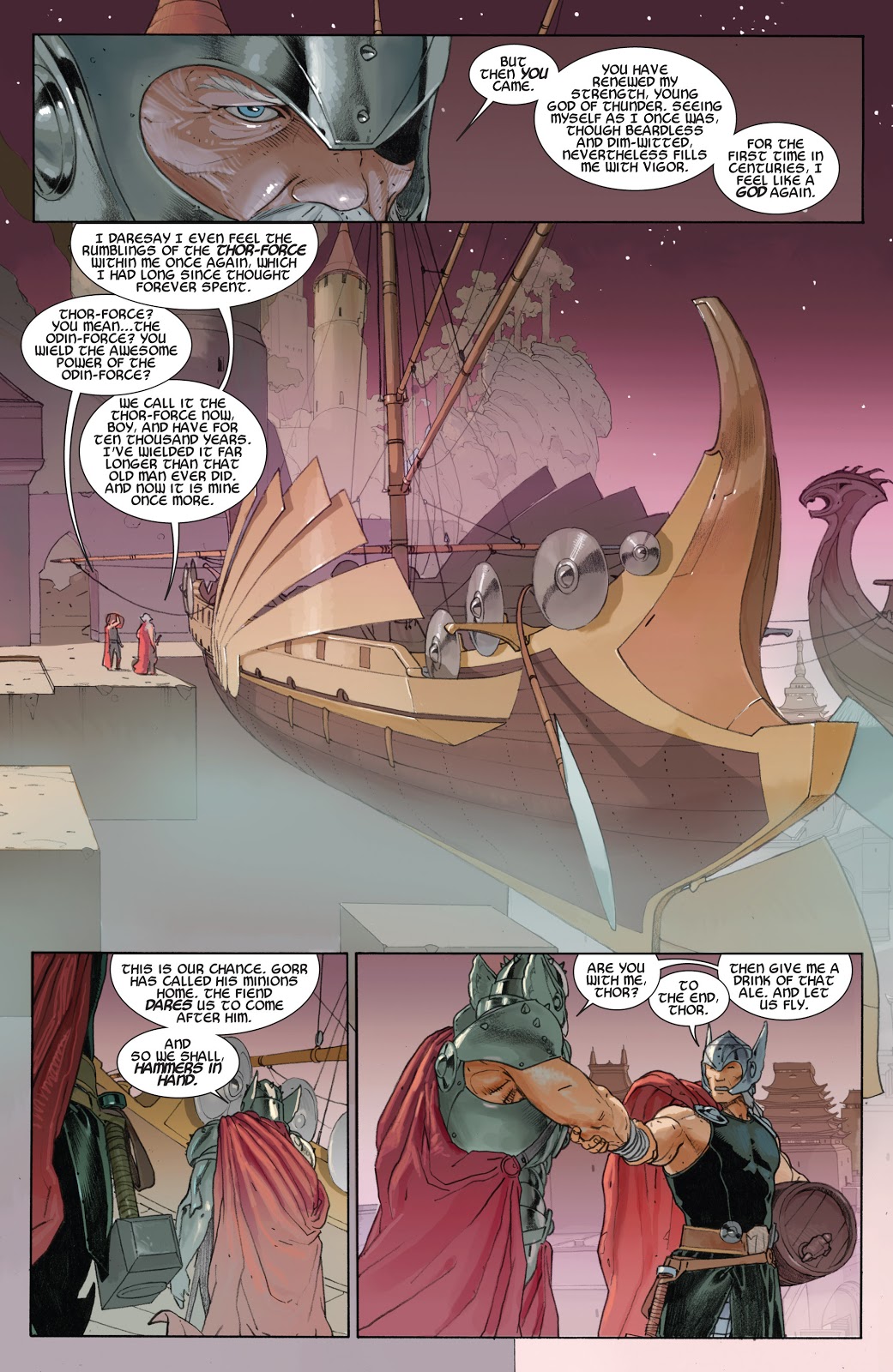 Jason Aaron’s first long form Thor story pits him against a being determined to wipe out every single god. As he’s numbered among them, Thor’s in danger. The Thor that we’re used to seeing is but one of three used, as Aaron also looks at the Thor of 1100 years ago, and the Thor of the far future, a being he’ll gradually bring about as he continues to helm the series.

Over the first five episodes this zips along very nicely. The threat is real, the art emphatic and the way the assorted Thors approach matters is nicely distinguished. It’s quite the trick introducing a new foe with both the power and credibility to pose a genuinely serious threat to the Asgardians, but it’s managed. There have been such beings before, Mangog as introduced by Jack Kirby comes to mind, in his first appearance before diluted by years of failure and returns, but over the first five episodes Gorr has a credible upper hand and there’s a strong sense of mythbuilding. As they’re dead we don’t get to see who they are, but Esad Ribić constructs environments for newly introduced gods that more than hint as to what they once were and what they meant.

In creating the visual tone for the series, Ribić opts for the spartan and austere. It sure helps him out when it comes to avoiding backgrounds, which he fills with colour, but it’s as valid an extrapolation as Kirby’s ornamental Asgard. The sheer imposing scale needed to establish beings from beyond is refined, and Ribić really nails the finale.

It’s with the chapter establishing Gorr’s motivation that the wheels start to come off. That’s not down to guest artist Jackson Guice, but is this the best that Aaron could come up with to prompt a mission lasting millennia? The way he becomes near invincible is equally flawed. The introduction of time travel is the final nail as any reader with a basic creative mind will wonder why Gorr didn’t solve all his problems by just killing the baby Thor. Yes, it’s stupid, but so is not sealing off that route of enquiry. Other more logical uses of time travel are equally swerved, with the pity being that only a minor adjustment was need to remove the time travel aspect altogether.

Were this the only Thor story Aaron wrote, it would be a nice try, ambitious but fatally flawed by the lapses of logic, but there’s much more to come. Aaron would go on to become a Thor writer of legend, and much of what made his run so mind-blowing is here in his first story. There’s the establishing of a mythology, a sense of the epic, the acknowledgement of Thor’s long life and how he developed, and a prime artistic collaborator. Future efforts have tighter plots. If you can take or leave Ribić’s art and don’t need an oversized hardcover, this story is split over the trades The God Butcher and Godbomb. Alternatively, it’s found with The Accursed added as Thor by Jason Aaron: The Complete Collection Vol. 1. 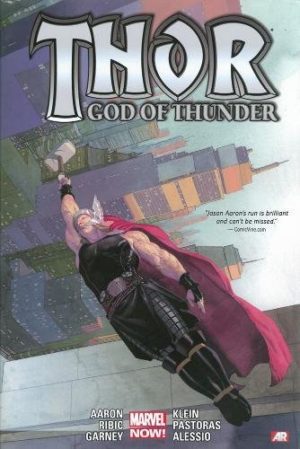