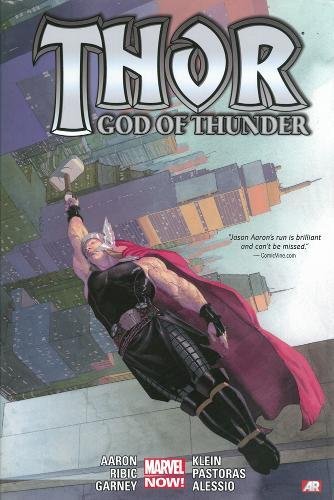 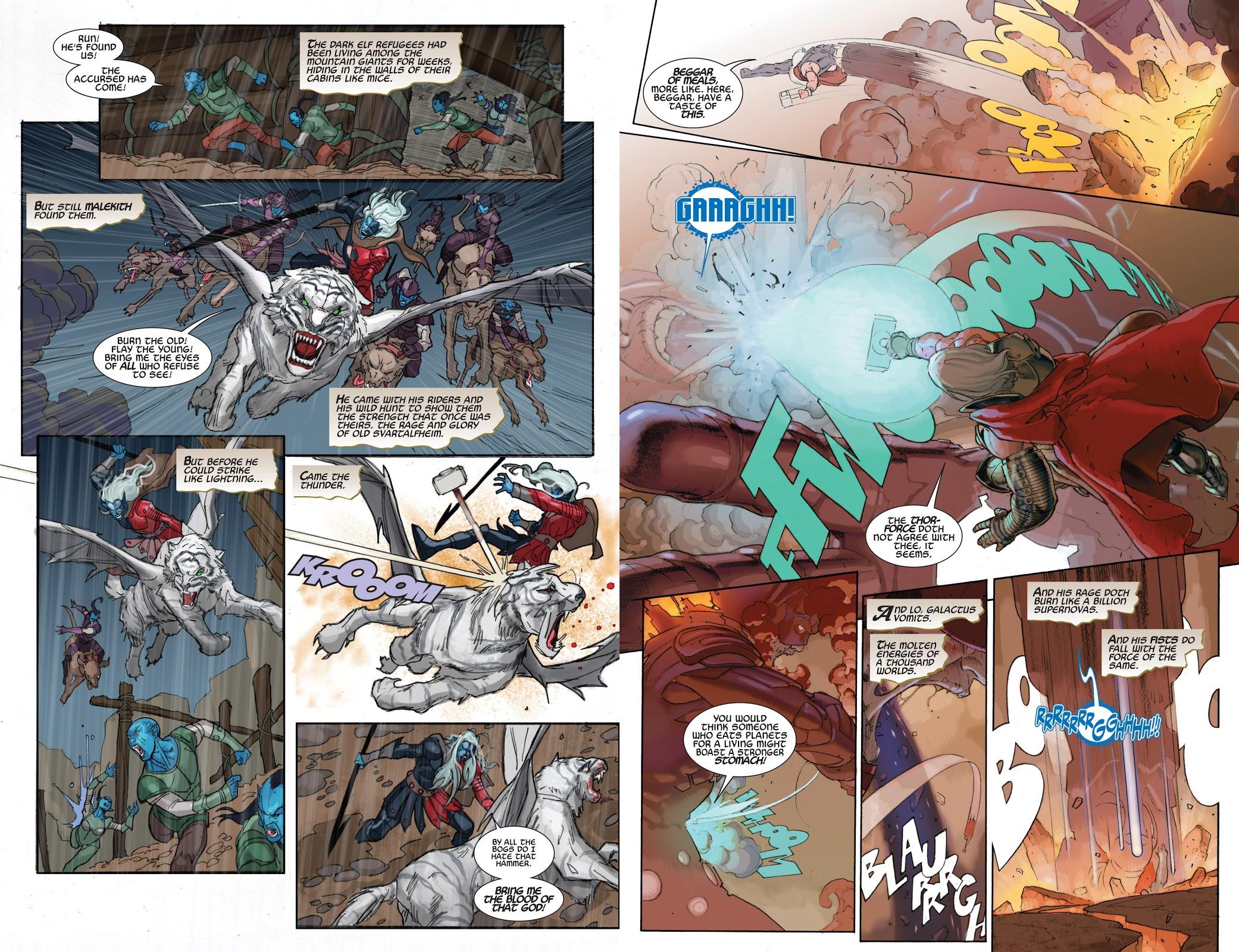 This oversized hardcover is a far more satisfying experience than the preceding volume. Instead of one continued story throughout, this offers two multi-chapter epics punctuated by some single chapter gems, writer Jason Aaron showcasing variety while mixing and matching threats from the past with new foes for Thor.

The most obvious threat from the past is Malekith the Dark Elf, a savage sorcerer thrilling when introduced by Walter Simonson and recognised as such by the producers of Thor: The Dark World. In the comics, though, he’d rather fallen into disrepute through misuse after his earliest appearances, so Aaron rectifies that by reinforcing his appallingly murderous personality and sprawling ambition. This would come to full fruition during The War of the Realms, in some ways prefaced here through Aaron making sure we’re all clear on the different worlds comprising the nine realms, their inhabitants and their assorted priorities. It’s via Thor having to team-up with representatives from those worlds in an effort to prevent Malekith rampaging through them. The variety of these worlds and their residents are deftly brought to life by Ron Garney, whose malevolent Malekith is also noteworthy. Anyone curious about how Malekith became the savage creature he is, is supplied with the reasons in a short piece by Aaron, scratchily illustrated by R.M. Guera.

A completely different threat manifests over the second long story, although there’s not much really separating the personalities of Malekith and Roxxon CEO Dario Agger beyond their methods of operating. Agger has little concern for environmentalists opposing his policies, and in private is happily planning to accelerate the effects of climate change in order to profit from them. He’s a new type of foe for Thor, his power stemming from an army of lawyers and court orders. While he occupies Thor in the present day, in the far future Galactus has come calling on Earth once again, and it falls to the centuries old Thor to stop him. It’s an interesting juxtaposition of two very different world destroyers, both illustrated with a simmering grandeur by Esad Ribić.

The younger Thor appears in two pieces, firstly some myth building in which he tussles with a dragon, neatly told by Aaron and expansively illustrated by Das Pastoras, and then acting as inspiration for Vikings. This has the excess of Simon Bisley tamed to good effect. The best of the shorter pieces, though, opens the book, illustrated by Nick Klein. As things continue it’s apparent that Aaron’s setting up his future plans for Thor in what’s otherwise a touching story of the present day Thor back on Earth renewing acquaintances and making some new friends.

If you’re on a budget this content is available in standard trades as The Accursed and Last Days of Midgard. 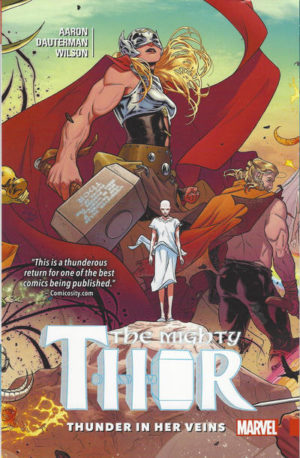