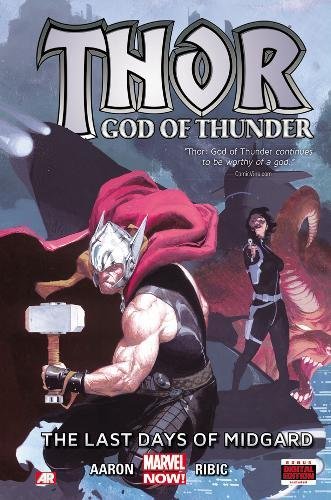 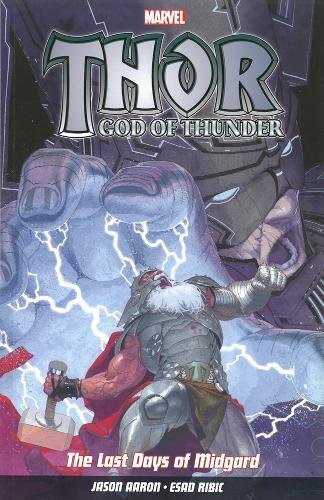 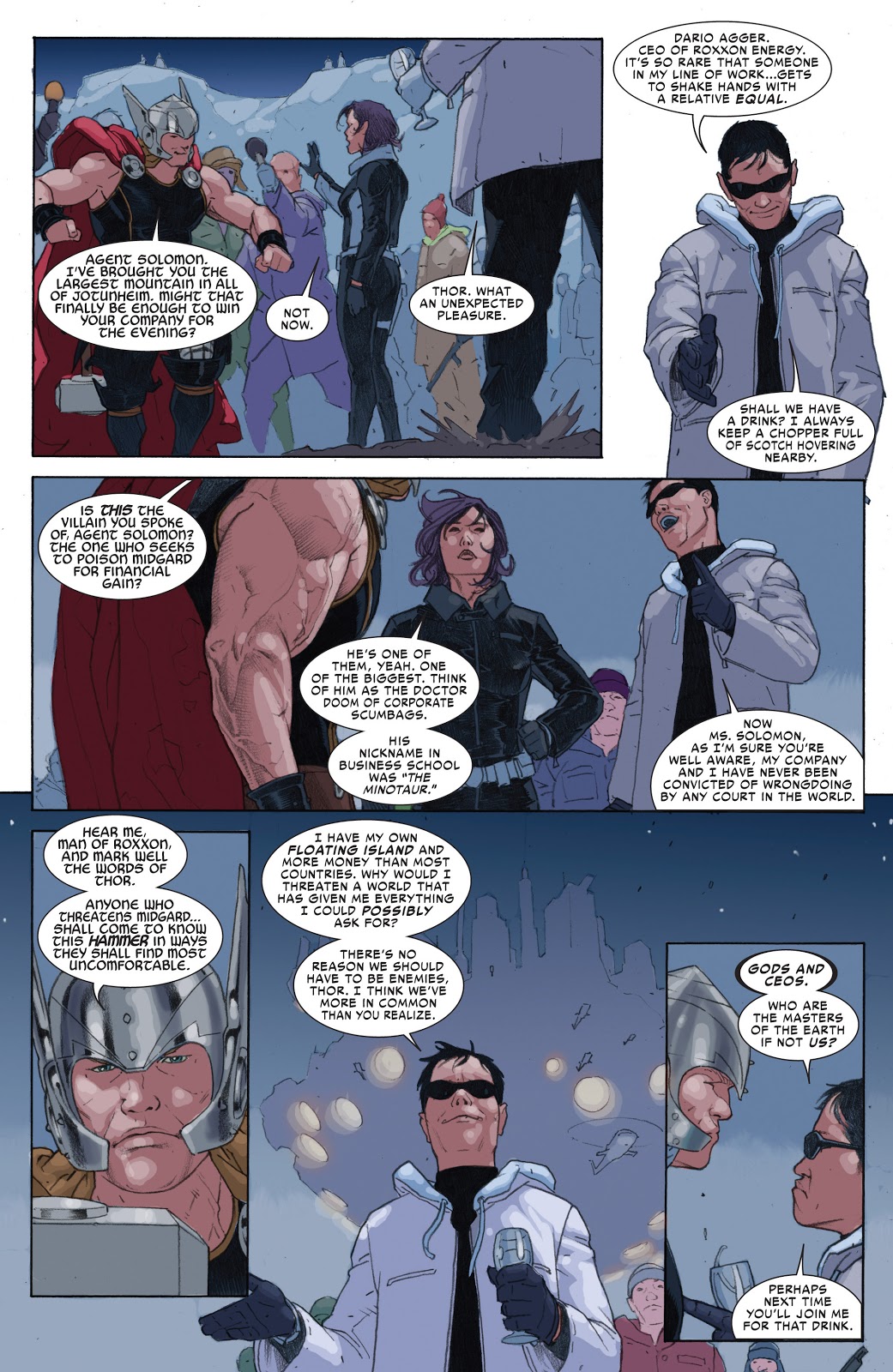 Over three previous books Jason Aaron has kept Thor away from present day Earth for the most part, the most prominent exception being the opening chapter of The Accursed, which introduced the plot threads coming to fruition here. S.H.I.E.L.D. agent Roz Solomon befriended Thor and made him aware of her environmental concerns. She has Marvel’s multi-purpose corporate scumbags Roxxon in her sights, although as in the real world, a corporation has more than enough ethically void lawyers to defend their misdeeds. Esad Ribić’s sample art shows Thor’s first meeting with their slimy CEO Dario Agger. Take note of that Minotaur comment.

‘Last Days of Midgard’ is underpinned by environmental issues. The big action sequences are set far in the future when the aged Thor last seen in Godbomb faces off against Galactus, two immense powers clashing on a scale Ribić supplies with all the required shock and awe. That’s entertaining, very entertaining, but not the clever part of Aaron’s plot. Although not as widescreen, there’s a fascination in seeing how Aaron has a human businessman take on Thor and cause him as much trouble as the God Butcher. In later stories Agger will gradually disappear from sight, but he’s a superb creation here, embodying the unfettered greed prioritising the accumulation of wealth at all costs, a short term gain always preferable to a long term loss for others. After all, there’ll always be something else to invest in. Broxton, the town above which the Asgardians hover on Earth acts as the microcosm example, and the spread where Agger’s pre-Thor agenda is laid out is Monty Burns style callousness, and darkly funny. While a Thor story’s not the place for a thorough examination of all the issues, enough is highlighted to satisfy.

A bleak coda illustrates the saying about winning the battle, but losing the war, with Agustin Alessio helping out on the art, his a more static version of Ribić’s power and grace. The final chapter offers two other artists their chance at Thor. It’s nice to see Simon Bisley’s glorious excess again, tempered by storytelling needs, resulting in the raw power version of Thor, while R.M. Guera illustrates the humiliations and deprivations that forged Malekith. A final piece by Aaron and Ribić ties into Original Sin, providing all the necessary information enabling both The Goddess of Thunder and The Unworthy Thor to be enjoyed without having to bother with Original Sin.

Aaron’s run on Thor is considered among the best ever, which means multiple printings of the same material in different formats. The Last Days of Midgard is combined with The Accursed in the second Thor God of Thunder hardcover, and with much that follows, beginning with The Goddess of Thunder, in the second volume of Thor by Jason Aaron: The Complete Collection.