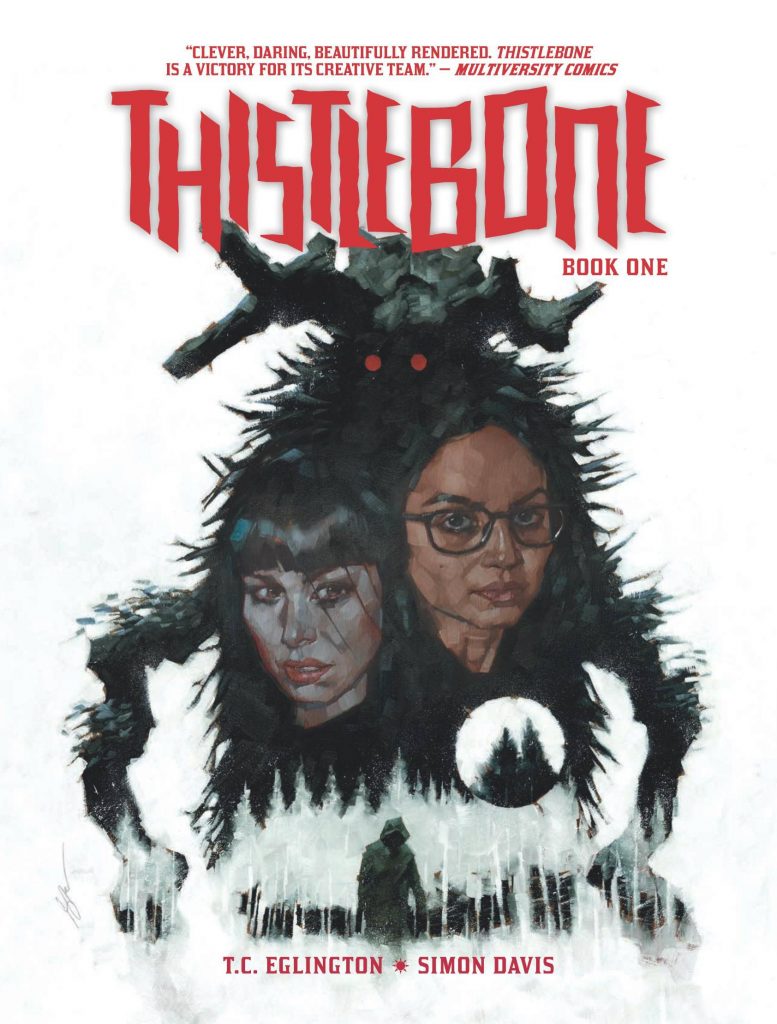 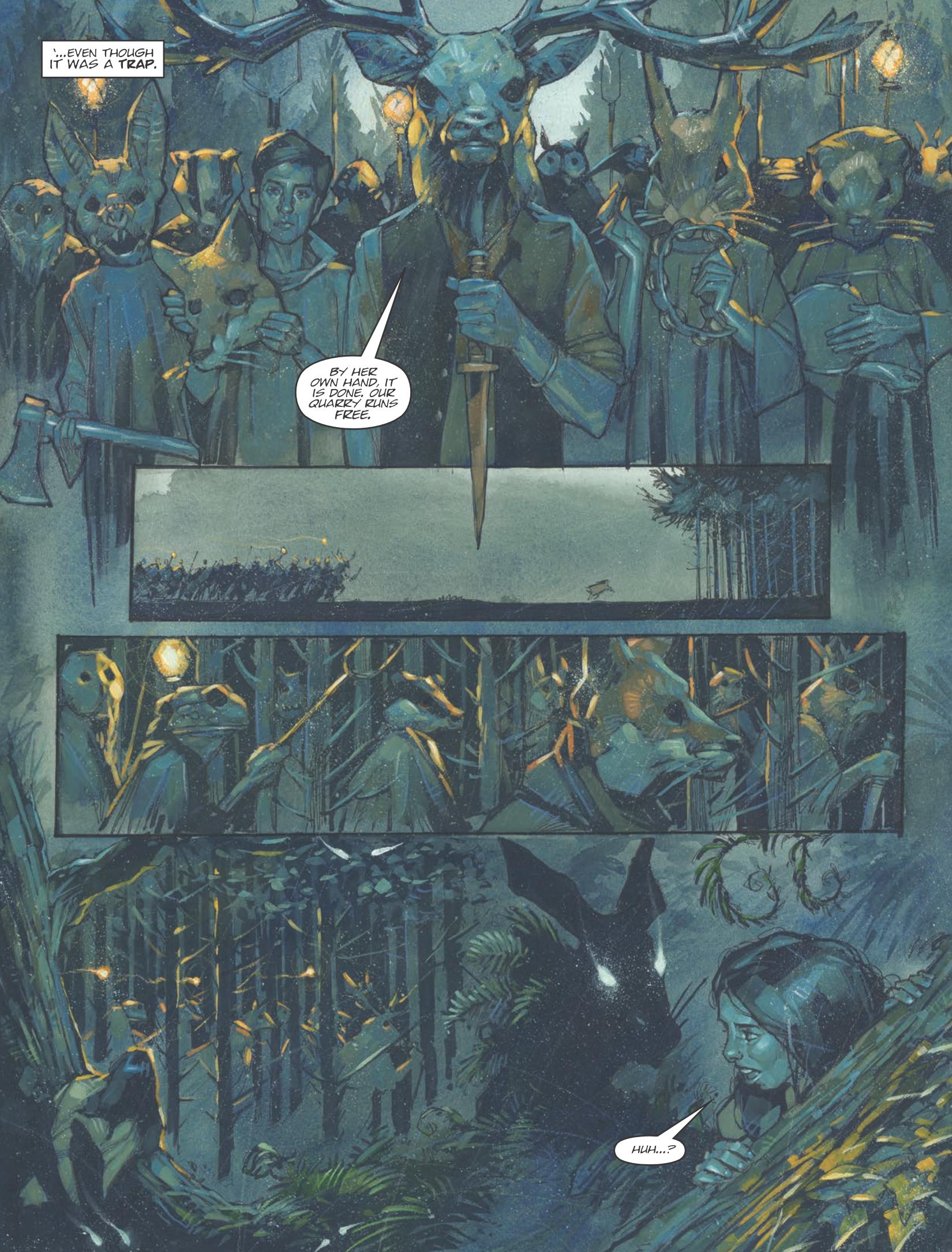 Thistlebone begins with Avril Eason relating her horrific experiences when brainwashed by a cult who held her captive when she no longer believed. This happened twenty years previously, and ended with Thistlebone cult members jailed after her escape, yet now she’s been sent a sigil associated with the cult and feels she has to revisit her past. She returns to the woods and the remote community of Harrowvale accompanied by journalist Seena Chaudry, keen to publish a book about Avril’s story.

T. C. Eglington and Simon Davis are producing a very self-aware form of suspenseful horror, their touchstones familiar to the audience as they seduce them. The knowing nods extend to the dialogue, which references other horror and fragile mental health, and to artistic representations of nature perverted. The present day tension of what might be happening is offset by glimpses into Avril’s past when the cult were invoking their pagan god Thistlebone, yet as the past is unpeeled Avril has disturbing visions. How much of that, though, is down to her over-medicating?

Davis has been a uniquely talented artist from his earliest published pages, illustrative and particularly good with expressions, yet this is far removed from the futuristic action that made his name. Here he invokes nature in blues and greens, and the ancient past in pagan-influenced designs. It’s a greatly appealing, textured look.

There’s a relatively slow pace as people are met, defined and explained, and because Thistlebone is a slim book there’s a feeling that there won’t be room for a payoff, or that it’ll be rushed and disappointing, but Eglington doesn’t fall into the obvious narrative traps. He provides a finish combining the ancient and modern, which still leaves room for doubt while reaching a horrific crescendo. There is a sequel in Poisoned Roots, but this stands as satisfying alone, offering the full dose of creepy horror. 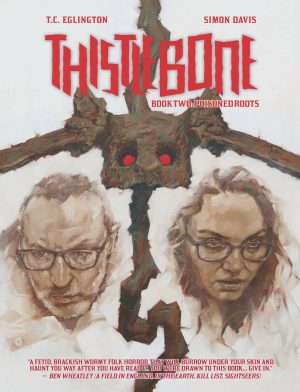