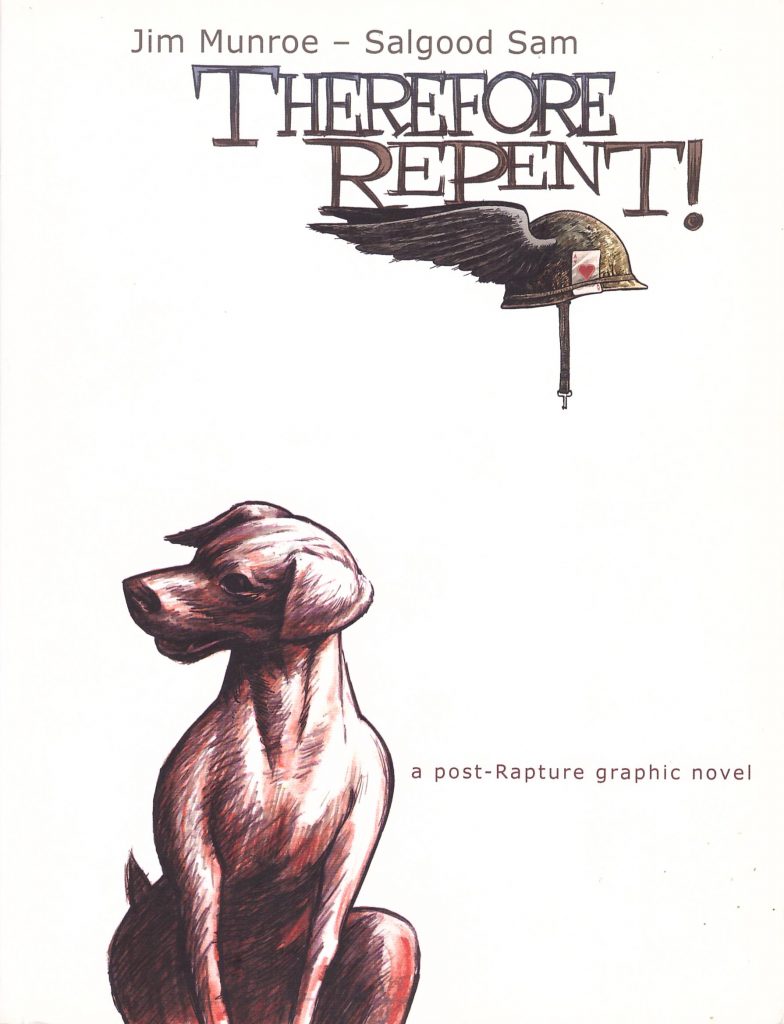 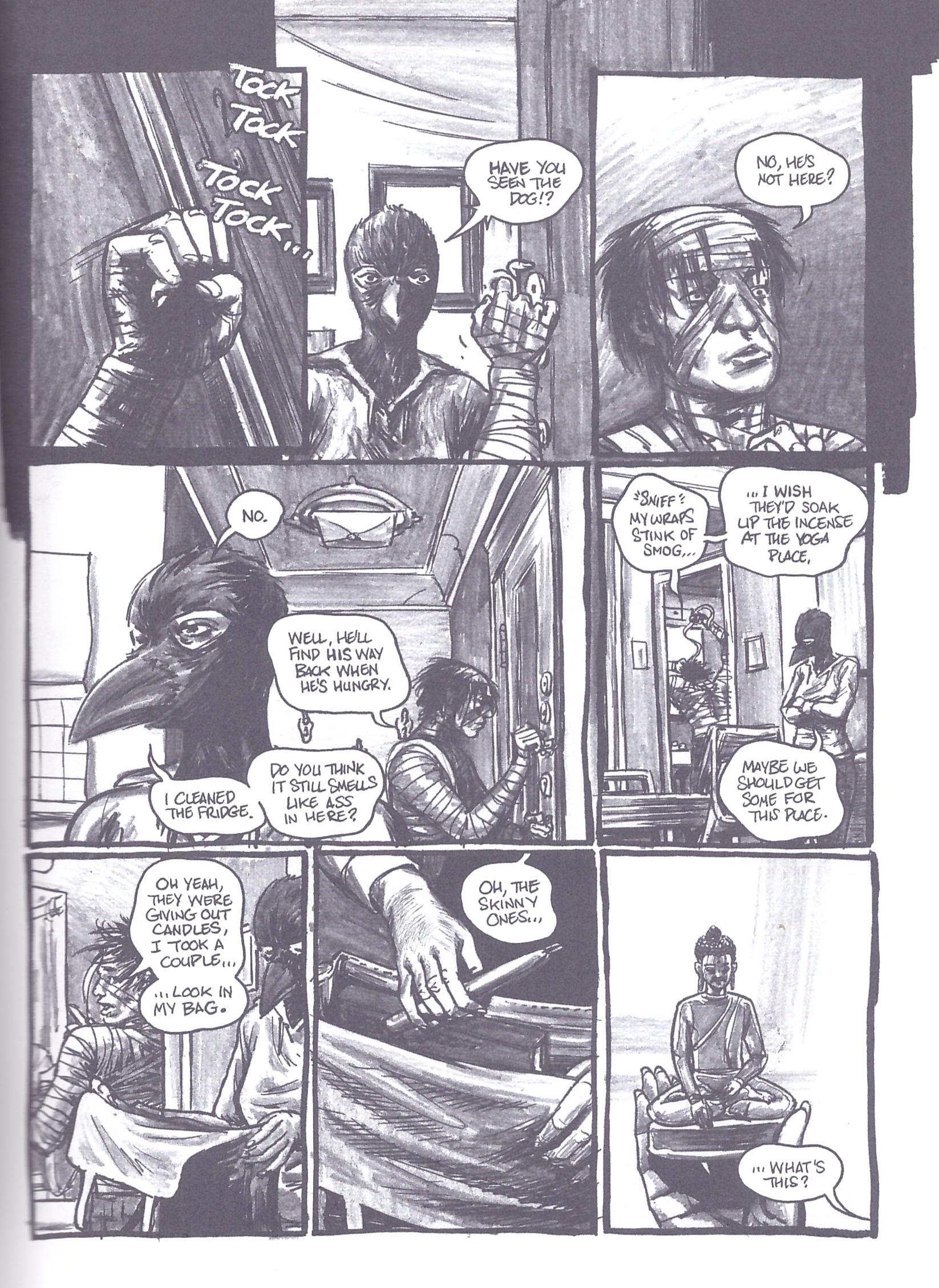 It’s long been predicted by Christians that on the day God returns to Earth it will be to collect the worthy, who’ll then ascend with him to heaven. That’s all well and good, but where does it leave the not quite so worthy and completely unworthy who’re left behind? Lost and puzzled is the short answer, although there are enough people left to keep the infrastructure running, and a lot of nice apartments are suddenly available.

Therefore Repent is a strange story, never entirely connecting while working the theme in an occasionally engaging or creative way. Jim Munroe’s method of defining a post-rapture society is to drop the reader in the middle of the strangeness via a couple he refers to as Raven and Mummy, the former a woman wearing an elaborate Raven head covering, and the latter wrapped in bandages, although with his face showing. Others cope with being left behind in equally distinctive ways, some united in factions, others individual, and some have developed new abilities, although these are strange and unsettling, not conventional super powers. It’s all intriguing, but Munroe keeps throwing in more anomalies and more references without really explaining anything, and the result is disconnection from what should be a fascinating idea.

Salgood Sam certainly makes everything look interesting, defining people and the neighbourhood with equal diligence, and he gives the villains of the story, the angels, an imposing smugness whether flying or not. Ultimately, though, it’s effort in a dying cause because Munroe never fills in enough gaps to make us care, only on the final pages supplying a revelation that ties everything together. By then it’s too little, too late. 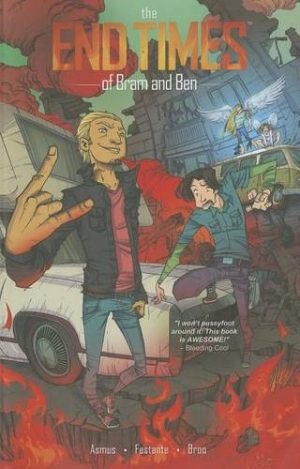