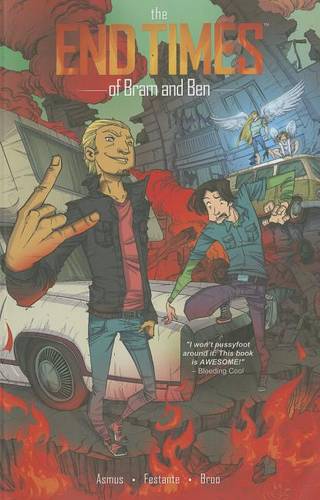 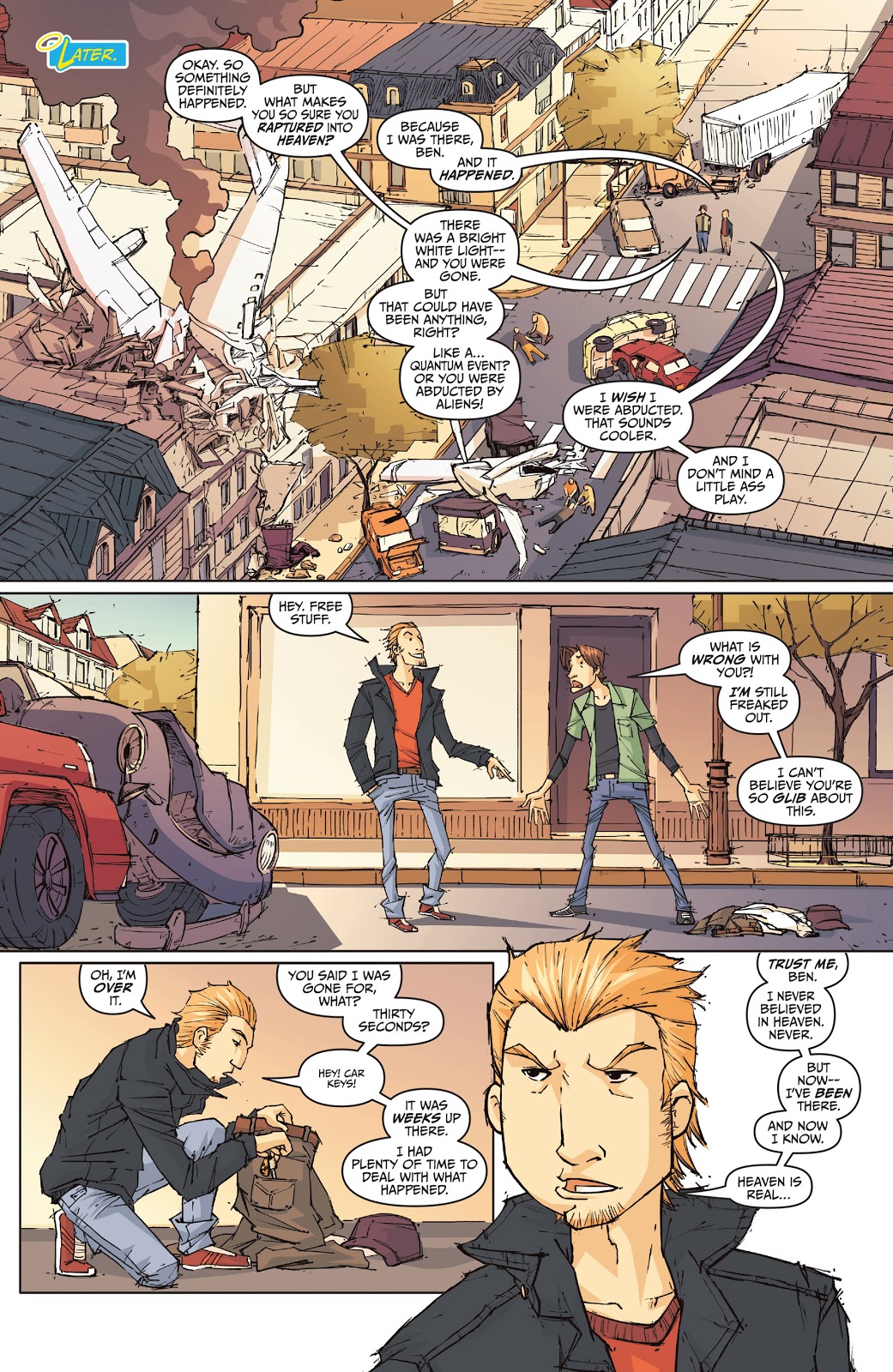 Plenty of religions have predicted the end of days, when the virtuous shall ascend to a version of heaven, and in Bram and Ben’s world it’s just happened. It leaves the planet short a lot of people, but one of them isn’t Bram, who’s returned to Earth after the discovery of an administrative error. What that means is Ben is one of the few on Earth who actually know what’s happened, although convincing others of it is a hard sell.

Ben and Bram are such different characters it’s a wonder that they’re rooming together. Ben’s relatively virtuous, although more casual sex wouldn’t be turned down, especially with fellow teacher Laura, while Bram embraces the chaos to declare himself the Anti-Christ of the Apocalypse. And he gets some help with that. So does Ben, with a spectacularly creepy and embarrassing angel turning up.

Odd bits that plain shouldn’t be there jut from some people’s faces, so Rem Broo’s particularly pointy form of cartooning takes some getting used to, but once into his world, the effort he puts into details is appreciated. He has a nice sense of comedy timing besides, and excels on the trippy scenes. In places so do co-writers James Asmus and Jim Festante, while in others they resort to throwing in lame gags, possibly accompanied by swearing in the hope that no-one will notice the lack of inspiration. Thankfully, the jokes improve, with Ben’s no-no list very funny, and all biblical.

What both Ben and Bram haven’t grasped at first is that the rapture signals the final judgement of humanity, which for those left on Earth could still go either way, and there’s one party very interested in swinging the odds. The revelation of the real villains is slick, but then they’re largely dropped into roles that could be anyone, and that’s how it is all the way to the end, Asmus and Festante continuing to blow hot and cold. The ideas are punctuated with a few pages of old testament style violence at a time, knowing Broo’s going to draw the hell out of it. Bits are good, bits are not so good, and what’s Broo been doing since?