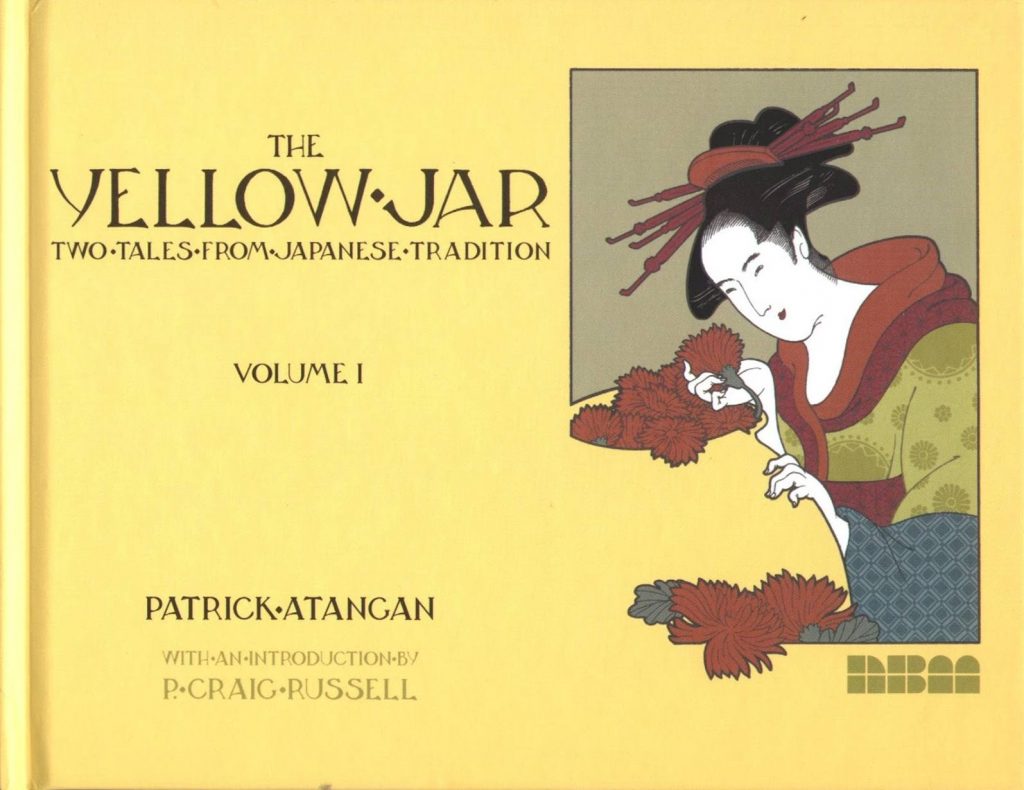 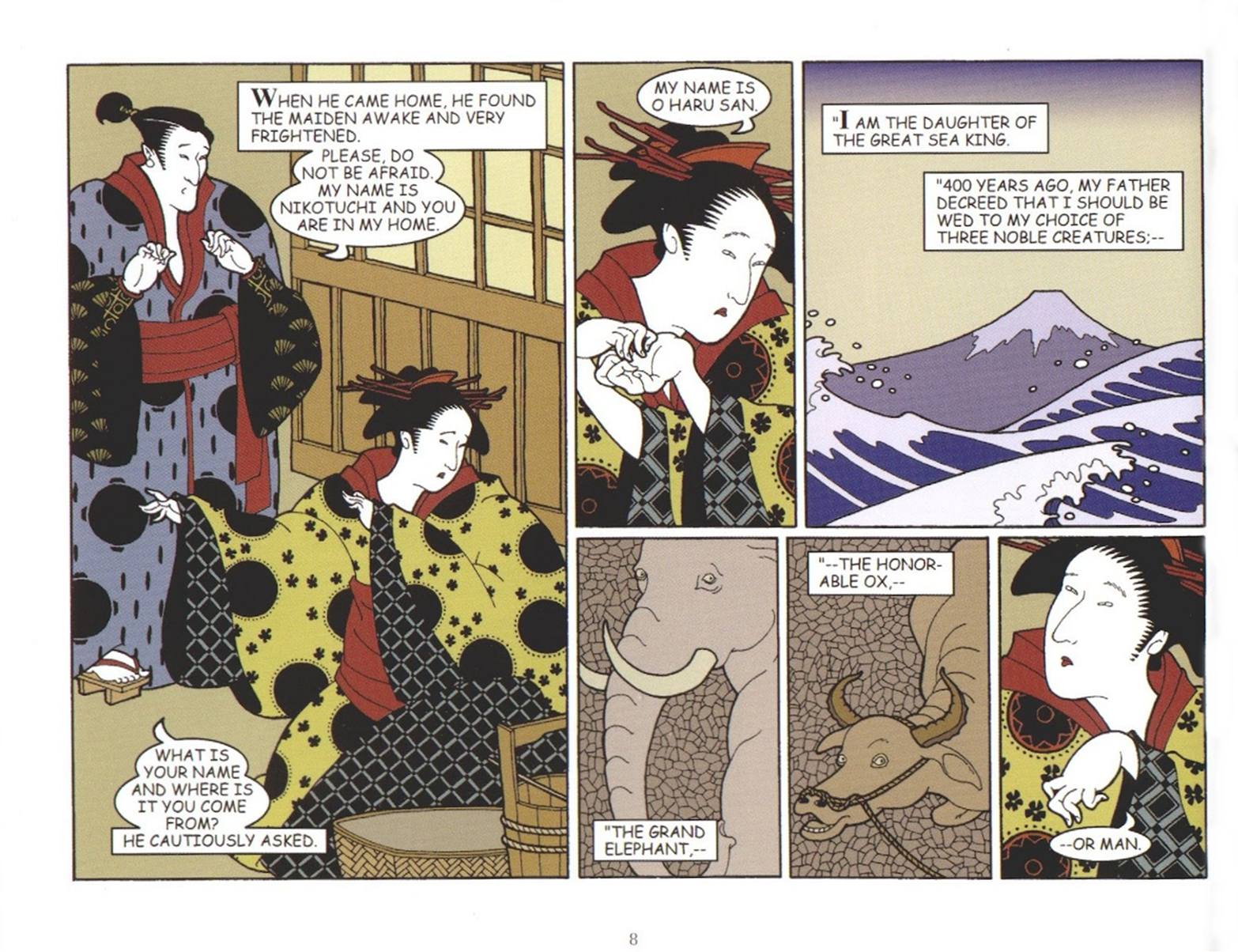 The Yellow Jar is the first of two slim landscape publications from Patrick Atangan adapting Eastern folk tales, and it’s a volume of fragile beauty, a real labour of love presenting two stories. P. Craig Russell supplies an introduction, and the shared artistic sensibilities are easily identified. Both relish detail and precision in their compositions, and both place considerable importance on colour.

The title story is the longest, and has the feeling of the bonkers result of a group of kids around campfire, each contributing the next couple of sentences to a story. The starting point has a fisherman finding a large yellow jar at sea. He’s disappointed the jar contains no treasures, only a sleeping woman. When she wakes she reveals herself as the Sea King’s daughter, dispatched 400 years previously and given an ultimatum to marry either an elephant, an ox or a man. She’d tried out the other two, turning herself into a hen for the purpose, yet never considered a man as a serious possibility, but seeing as how much time has passed she agrees to marry the fisherman provided he promises only ever to tell the truth to her.

It carries on in the same nutty way with logic absent throughout, featuring random occurrences, a demon, a quest and a rescue, but the art elevates it above mere whimsy, transforming it to great beauty. Atangan’s illustrations are styled to resemble what Westerners recognise as Japanese art, drawing heavily on the work of Hokusai. His work is ostensibly simple, but a great amount of thought has gone into the composition and design, and the results are beautiful.

That also applies to the second story, ‘Two Chrysanthemum Maidens’, which is also nuts, but has a greater internal logic. A monk who’s very proud of his garden is distressed when two female chrysanthemum plants embed themselves in it. He regards them as weeds. It’s a pleasing moral fable, again beautifully drawn, and more of the same can be found in Silk Tapestry and Other Chinese Folk Tales. 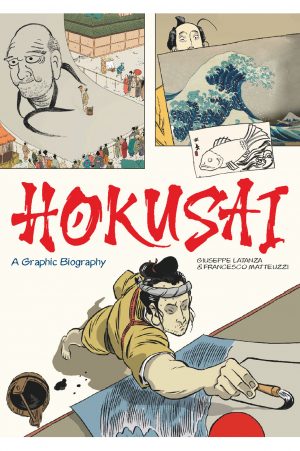 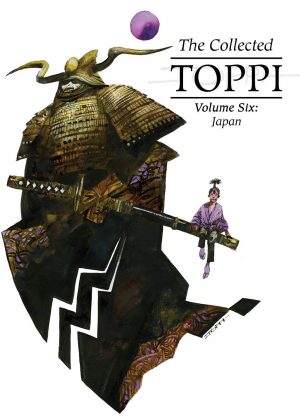