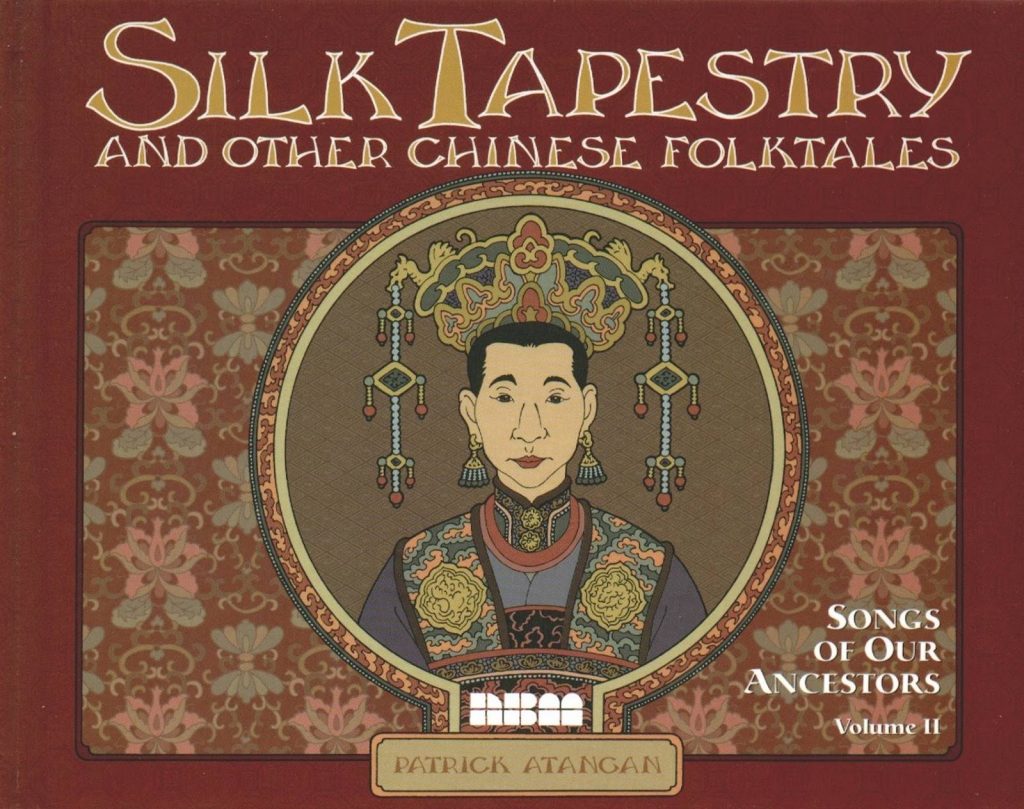 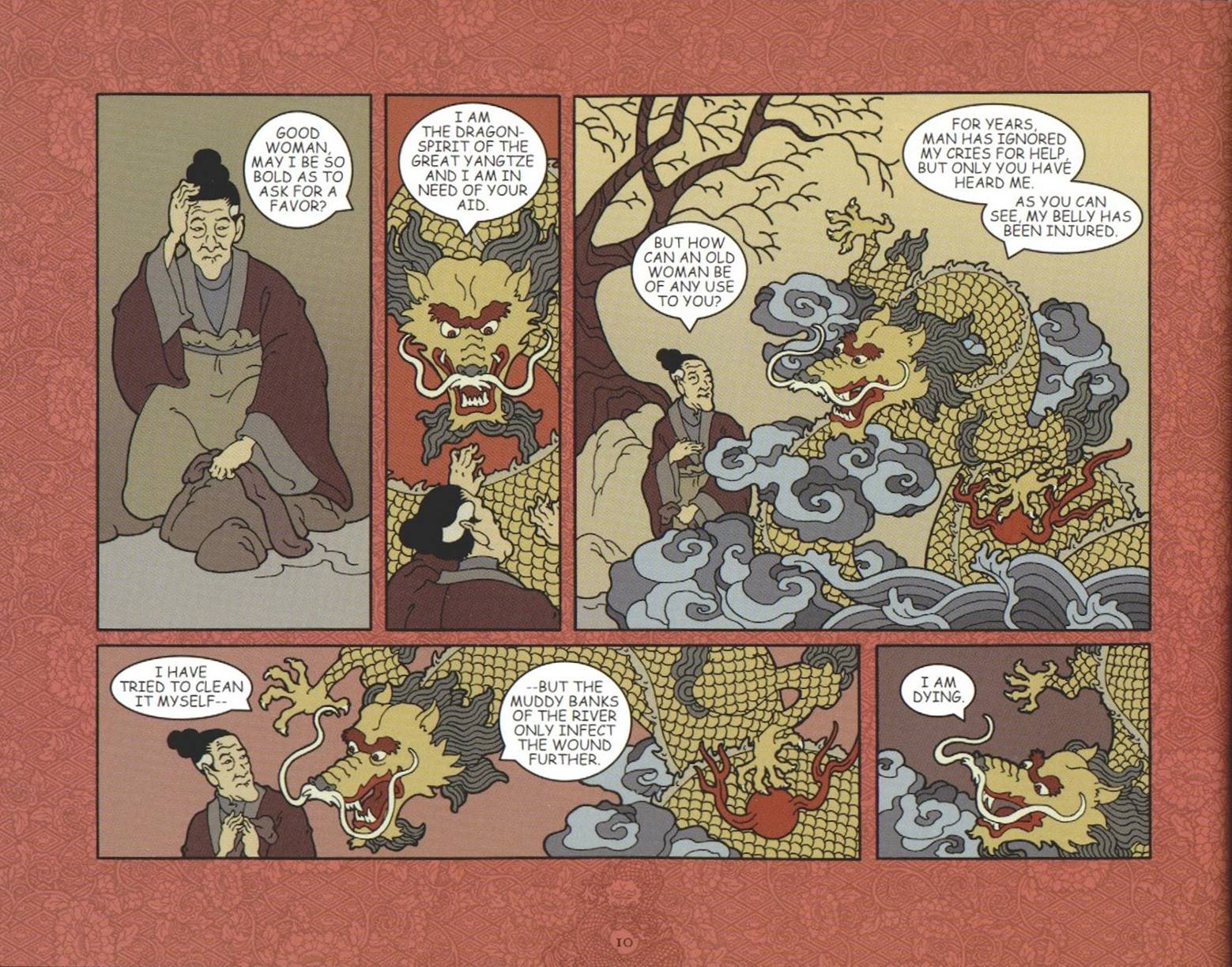 A second dose of beauty from Patrick Atangan sees him transfer his attention from Japanese to Chinese folk tales. Despite never having referred to it with The Yellow Jar, Atangan labels this volume Songs of Our Ancestors Volume II, which is a neat evocation. The small landscape presentation is much as previously, except that this time including multiple stories, with panels not on white paper, but a russet patterned background, as if they’ve been placed in order on delicate fabric. It’s a captivating touch.

The first story concerns Pan Gu, the world’s first man, aware that he’s lonely and sculpting the planet hoping to make it attractive enough that others like him will settle there. It sets a tone for a bunch of stories where expectations are only rarely met, and where tragedy is a way of life.

In the title story an old woman saves the life of the Yangtze Dragon Spirit, and in return he transforms the cloth used to stop him bleeding out into the finest silk, blood being a recurring motif in these stories. It’s a strange and meandering tale, and if taken at face value seems to be saying women can expect a lifetime of disrespect from their sons purely on the basis of being women, and their only hope is to struggle for a better afterlife. It’s hardly comforting.

For the final story Atangan adapts his art, firstly maintaining the skill and detail, but opting for cartoon exaggeration, and then infiltrating dark watercolour for some objects. It’s a creative interpretation of Sausage Boy’s story, the painter with the magic brush.

Atangan is such a talented artist that it’s possible to gaze at his pages and admire the beauty of any individual panel without really caring what the story is about. Yet these adaptations cover the breadth of human emotion (although the emphasis is on the tragic), and this is an even better outing than previously. Sadly, it would be Atangan’s last comic work for some while. 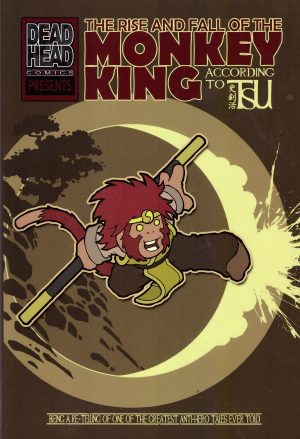