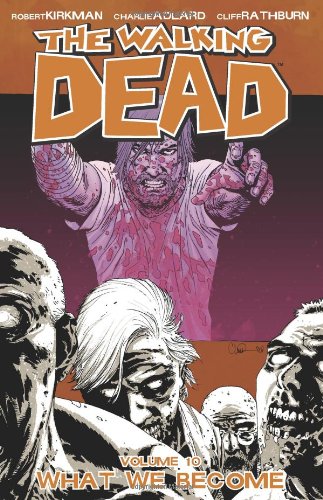 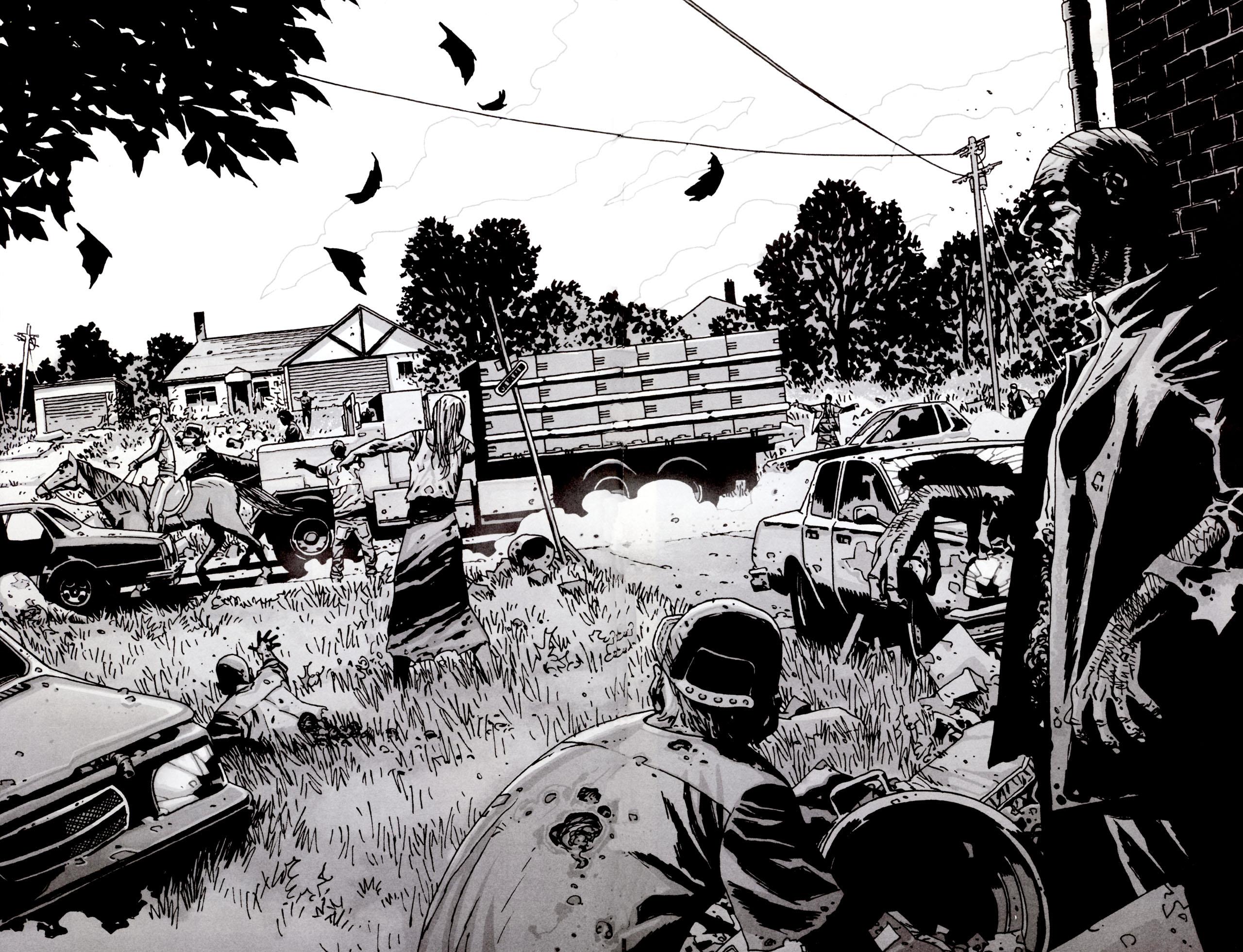 It’s noted that it’s now been a year since the events of the first book, and a new element was introduced to the Walking Dead in Here We Remain. Those who lived through the events of Made to Suffer, met people on their way to Washington, the logic being that if any protective facilities with supplies survived, it would be there. Another aspect of these people is that there’s no wishy-washy liberalism about them. They do what needs to be done to survive, and if that causes other problems, then they’re preferable to any hint of danger: “I’m noticing a disturbing trend. You guys point a gun at anyone who disagrees with you. Wish I’d noticed sooner.”

This is a fantastic Walking Dead collection. There are some terrifying incidents, and while one of them is rather conveniently resolved, it’s the resolution most readers would surely want. What this book does so well, though, is crawl under the skin of some of the cast, particularly building on the bonding between Rick and Carl Grimes from the previous book. With Rick’s sanity being borderline, he’s trying to hold things together for his son’s sake, while also attempting to protect Carl from the worst of the world as it now is. Unfortunately, he can’t see that’s a futile task.

The heart of this book is what develops into a three way purging conversation, with the title of What We Become extremely relevant. Some excessively horrific sequences are narrated, rather than shown in flashback. It’s as if a mirror is being held to Grimes, and what he could have become is so much worse. The concluding statement of “It doesn’t matter if we can live with ourselves as long as we live” is incomparably bleak.

That alone is enough to rank the collection among the best to date, but there’s plenty more besides to sink your teeth into, including characters not seen for some considerable while, and the biggest bunch of zombies yet seen, referred to as a herd.

Charlie Adlard provides the greatest variance of scenery and circumstance since the opening volume, and, as usual, he does it very well indeed. Everything ends on rather an ominous note, but that’s for the best in terms of story, isn’t it? The next book is Fear the Hunters.