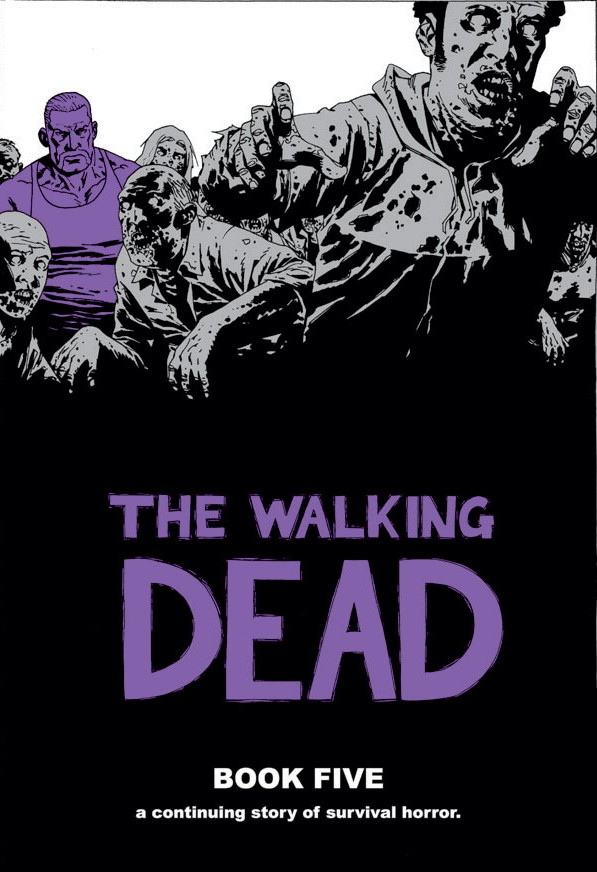 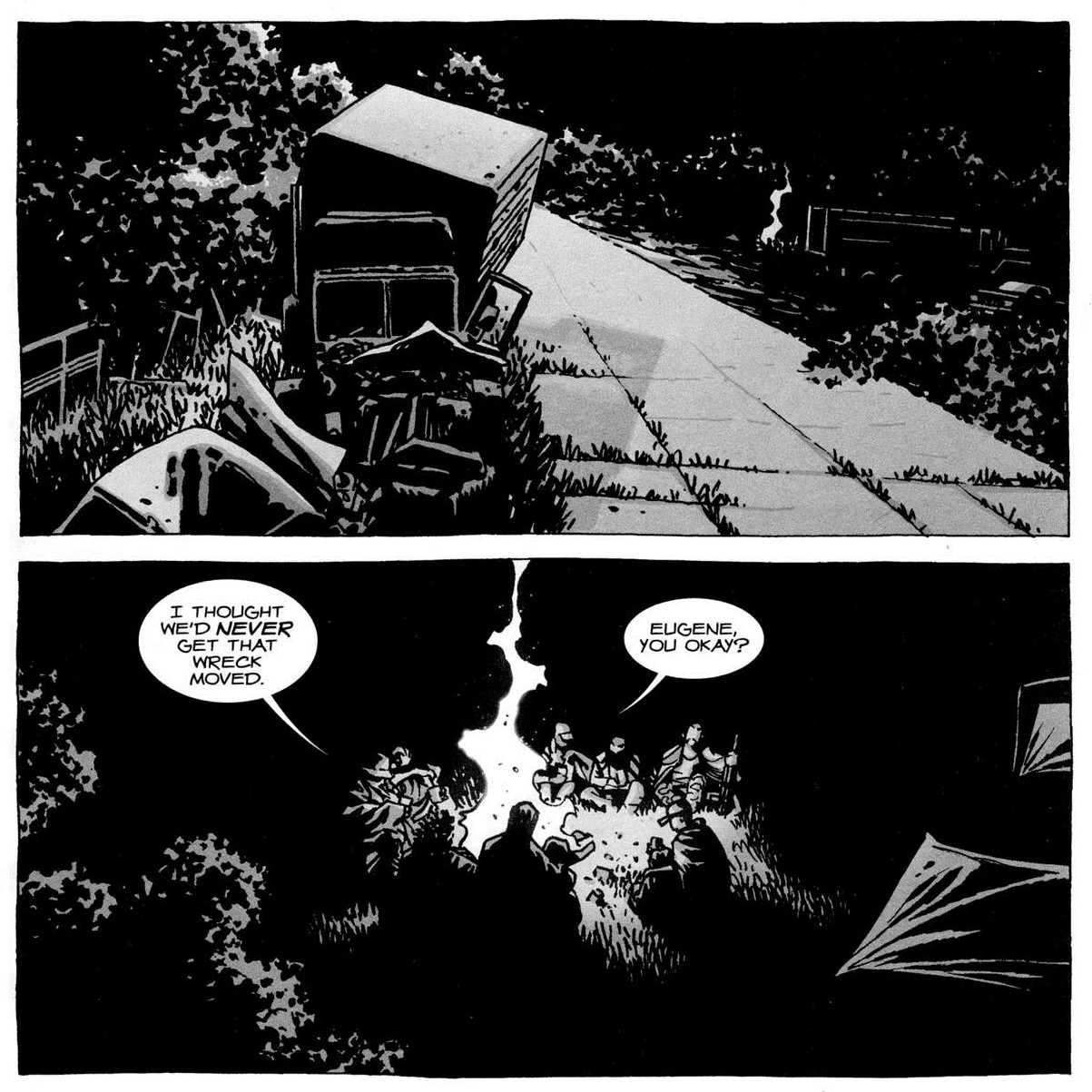 The astonishing thing about The Walking Dead to this point is that it just continues improving. There may be the occasional slow chapter, but the quality line plotted on the graph is ever upward as a whole. Robert Kirkman achieves this by attention to character and detail, maintaining a tension and not being afraid to pull the rug out from expectation. Book Four demonstrated he’s not beyond winnowing the cast down considerably either, although it’s revealed early that more familiar faces survived the carnage than might have been believed.

Mental health is very much an issue within this content. As if the changes to the world weren’t enough, with life constantly endangered by zombies, the traumatic events of Book Four have certainly cranked up the pressure on the surviving cast members. Suicide, hearing voices, feelings of inadequacy and repressed rage, and the effects of isolation are all elements featuring here.

After spending an awful long time constantly drawing areas of a prison, Charlie Adlard here also achieves freedom, with the greatest variation of locales since the opening chapters of the series. He handles it all with his usual quiet confidence, introducing distinctive new cast members, and having to draw the largest grouping of zombies yet seen.

Kirkman dealt with man’s inhumanity to man within the Woodbury sequence, but there’s an equally horrific example, thankfully narrated rather than seen, spun out here. Some new cast members are added, and it’s to Kirkman’s credit that the heart of the second sequence, originally within What We Become, involves someone we’ve already come to care for. The opening chapters, from Here We Remain, focus on Rick Grimes and his young son Carl, who’s not really received much attention since the shock closure to Days Gone By. Grimes has his desire to protect, Carl his to grow, and circumstances see matters swinging Carl’s way: “I killed three roamers, Dad. Three. I killed them all by myself. It was just me.” There are however, some matters you can never rewind and erase from your mind, and sadly for Carl they’re both in his past and in his future.

The material here is combined with the next three hardcover books in the second massive compilation of the Walking Dead Compendium. It’s also available split over the third and fourth volumes of the limited edition Walking Dead Deluxe Hardcover.