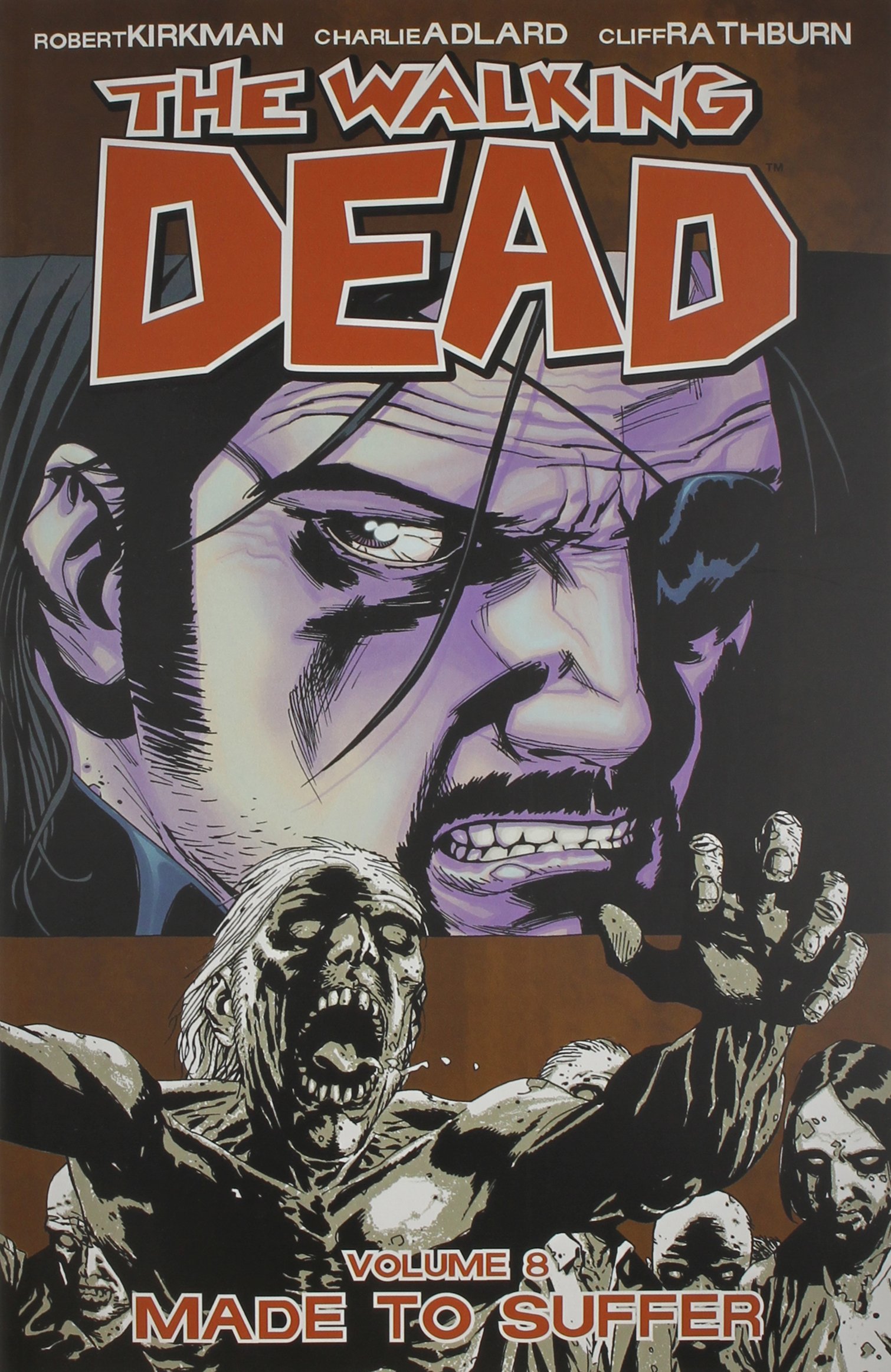 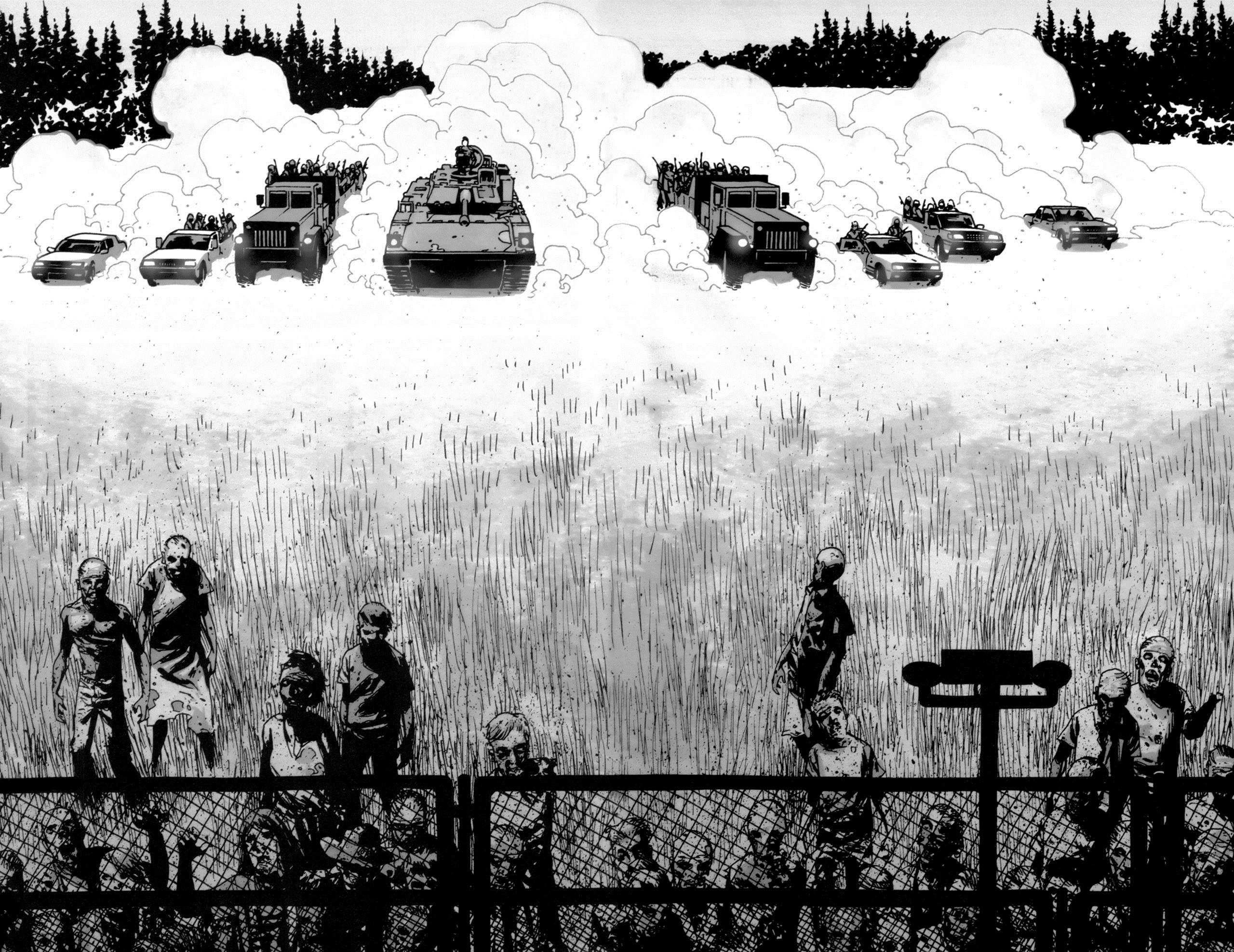 Over the past several books the community of Woodbury has been introduced to the series. They’ve found their own way of coping with the zombies, but far from reaching out to their fellow man in desperate times, they’ve developed a cruel an unwelcoming policy toward outsiders. The initial encounter in The Best Defense and This Sorrowful Life, resulted in life-changing events for members of both communities, and, as the title suggests, The Calm Before was spent anticipating and preparing for a possible attack from Woodbury. And here it is.

Good for Robert Kirkman, though, as he doesn’t immediately supply what we want, which is the continuation of the last book’s massed forces at the gate. Instead we open with a chapter showing how the self-styled Governor survived what were seemingly fatal injuries, and how he managed to inflame the more reasonable citizens of Woodbury. It’s exceptionally well handled. “There is evil in this world, and not all of it is in the form of those undead monsters clawing at our fences.”

Of most immediate concern is the presence of a tank among other armoured vehicles. There are some obvious battle tactics that might be applied to the situation, but Kirkman’s extremely good at prolonging the suspense by delivering reasons why they can’t be applied. As one after the other are discounted, what once looked impossible is given a glimmer of hope.

Over the previous six books Charlie Adlard has been restricted to illustrating the occasional zombie problem amid an awful lot of talking, but here he can cut loose with something approaching war scenes.

The constant presence of shambling zombies is reduced to a background element throughout, with only the single zombie interaction early on. It’s horrific, though. Events reach a stocktaking lull in the middle of proceedings, with assorted cast members considering their future. That, though, is the real calm before, after which Kirkman lets loose. There can surely be few complaints from regular readers regarding what follows. It’s all-out mayhem, not everyone survives, and by the end of the book much has changed. Made to Suffer is the best book yet in a generally very good series. It continues with Here We Remain. 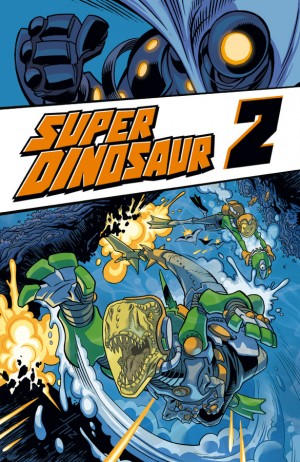