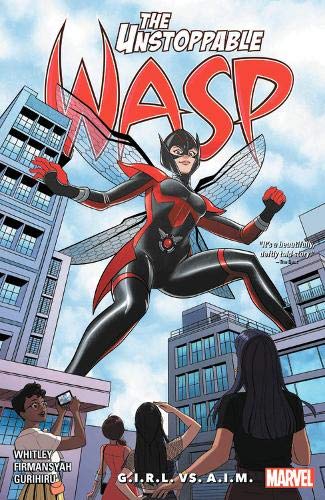 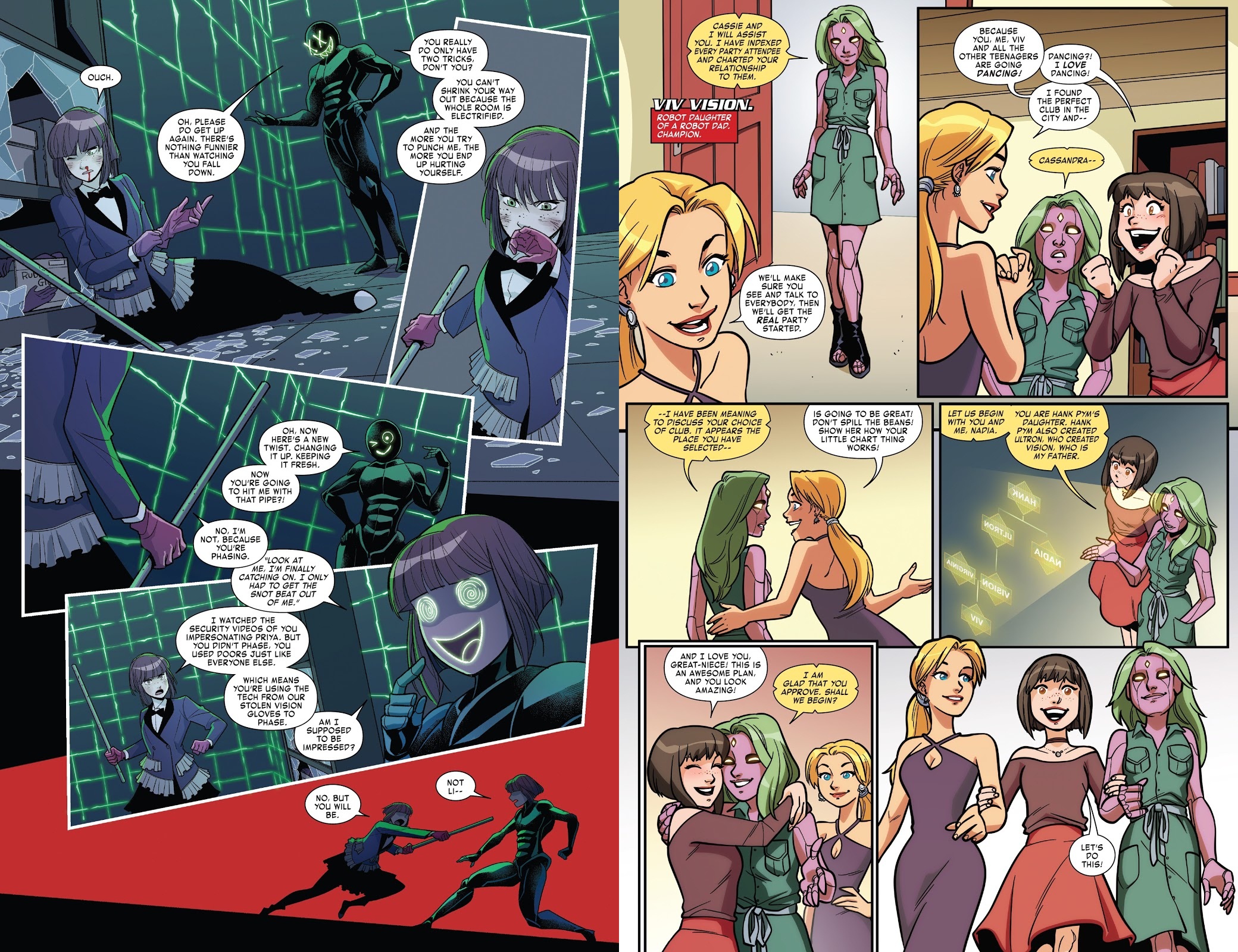 The problem with combining a crimefighting career with heading a high profile research and development lab is that it makes your friends a target. Nadia Van Dyne has twice stopped criminal scientists A.I.M. completing their robberies, and the result as seen in Fix Everything was A.I.M. targeting her G.I.R.L. facilities. What might be even worse is that Nadia on the downside of her bipolar cycle managed to alienate her friends. Apologies need to be made and explanations need to be given, and that’s where Jeremy Whitley begins G.I.R.L. vs. A.I.M.

It’s in the course of a bonding chapter that adds to the personalities of most of the younger cast, which was needed, as already united by their scientific talent, their characters were all relatively superficial to this point. We learn how Taina copes with the restrictions of cerebral palsy, meet Shay’s self-absorbed mother, and see Ying really let loose on someone. Alti Firmansyah steps in as guest artist for this, and while the cartooning’s fine, the big-eyed Archie look won’t be to everyone’s taste. She also draws Nadia’s birthday party, in reality Whitley’s method of explaining her complex relationship to so many other Marvel characters. It’s an efficient primer, with Nadia now back on her up cycle.

Regular art team Gurihiru return for the remainder of the graphic novel as we move to events providing the title, for which Whitley concocts an interesting plot. Nadia and Ying both grew up confined in Russia forced to use their technical expertise to create weapons, and now A.I.M. wants to co-opt the entire G.I.R.L. group to do the same, except this time for A.I.M.’s benefit. It’s a return for almost every villain seen in Unstoppable Wasp stories, along with a newcomer that poses a special threat to Nadia.

Despite girl bonding and positive reinforcement being embedded in The Unstoppable Wasp from the start, G.I.R.L. vs A.I.M. feels more exclusively aimed at a young adult audience, with some plot devices obvious. There’s also a subplot featuring Mockingbird and Winter Solider that’s largely unconnected to anything else going on, given some meaning at the end, but not enough for the pages it occupies. The charm and good nature remains, but by using so many characters, the attention is spread thin past the opening chapter.