The Trigan Empire: The Collection – The Red Death 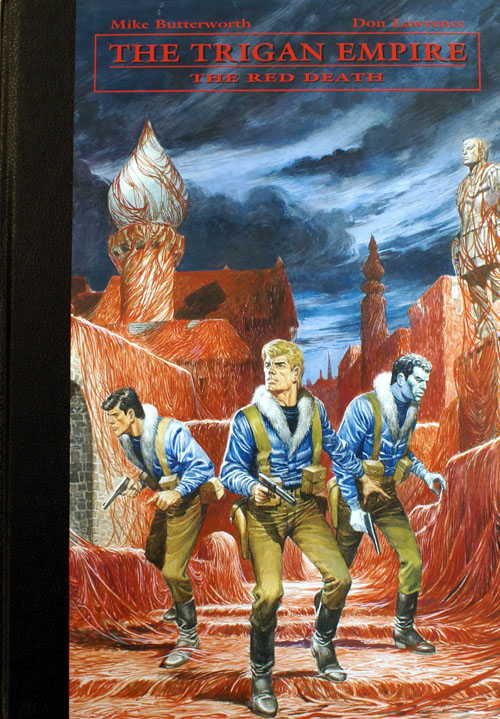 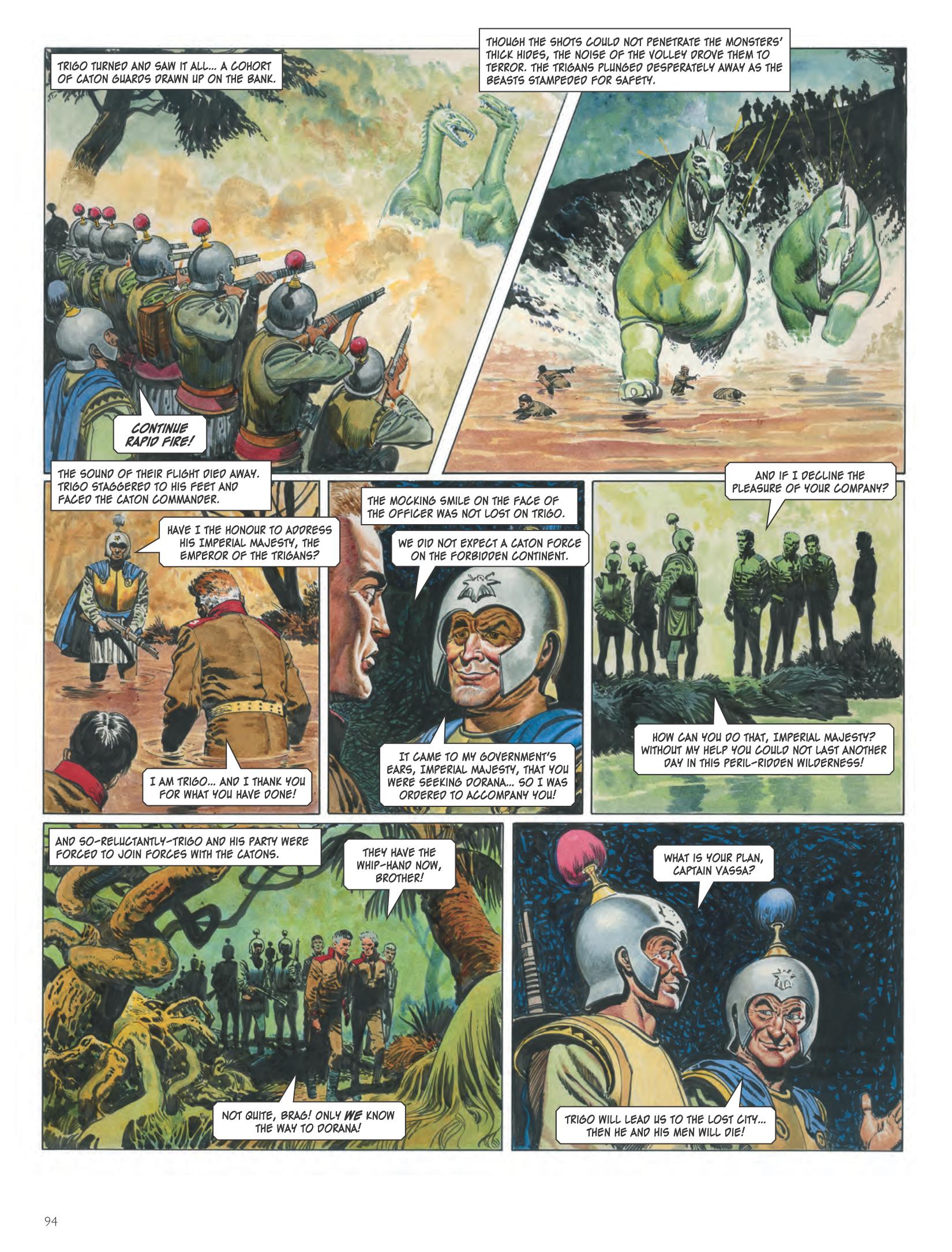 Because The Trigan Empire was originally serialised at two pages per weekly comic (sometimes reduced to a page and a half) Mike Butterworth and Don Lawrence really had to pack those pages with story, meaning events progress incredibly rapidly. It’s more apparent with The Red Death featuring five shorter stories. The Three Princes last time around and the next Puppet Emperor only manage the same amount between them.

After four volumes it’s comforting to note that while the excellence of Don Lawrence can be taken for granted, he can still surprise. One of the stories features the revelation of an old woman, a subject considerably removed from the usual heroic science fiction action. The panel featuring her face is just one of eight on the page, yet the effort Lawrence put in to make this a memorable and compelling portrait is immense. Women don’t often feature in The Trigan Empire, but when they do Lawrence abides by the cinematic code, and they’re as glamorous as the men are heroic, often with something of Audrey Hepburn about them.

There’s a considerable variety to the five stories, and in almost every case Butterworth tailors them to include the spectacle he knows Lawrence can produce, yet that’s not always the main thrust. ‘The Invisibility Ray’, for instance, introduces the gimmick early, then switches to a story of Emperor Trigo’s highly regarded nephew, the heroic Janno, arrested for treason, and having to clear his name. ‘The Lost City’ opens the selection, and is the book’s epic, of Trigo’s journey to a mythical lost city and what he discovers there. The tone of ‘The Ultimate Weapon’ is very similar, Butterworth repeating plot elements of someone coerced into being a traitor and the arrival of a large armed party surprising Trigo, but it takes a different, and quicker, route.

‘The Tyrant’ unites several familiar Butterworth plots, but still provides a full dose of entertainment. This time instead of Trigo being deposed, he abdicates in the belief he’s left the empire in safe and trustworthy hands. That develops into another occasion where it’s down to Janno to save the Empire, but there’s a really powerful ending proving tyranny is no substitute for respect.

1970’s Trigan Empire strips began with the title story, which closes the book. It’s unusual for the initial menace being, in effect, a virus. It’s a form of plant that grows rapidly enough to swarm over everything and to resist all attempts to cull it. Butterworth comes up with a clever ending consistent with Trigo’s nature, and by now has surely begun to tailor his plots to Lawrence’s capabilities. There’s no need for a sequence of a fearsome flying dinosaur trapped in the grass, but it looks amazing.

All these stories are also now available in Rebellion’s second volume of The Rise and Fall of the Trigan Empire. That also includes two stories absent from The Red Death on the basis that they’re drawn by Ron Embleton. Also, note that this is considered volume ten by many online sites, who categorise the volumes by order of release. Chronologically, it’s the fifth set of stories, although beyond the initial premise it makes little difference in which order the stories are read. 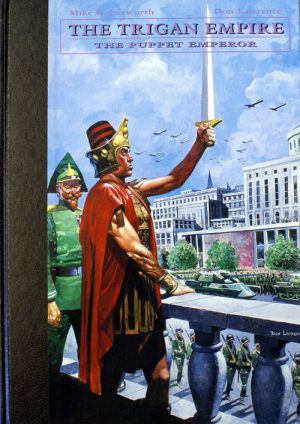 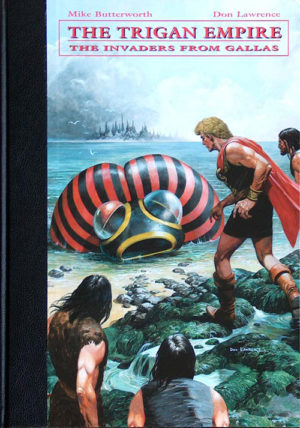