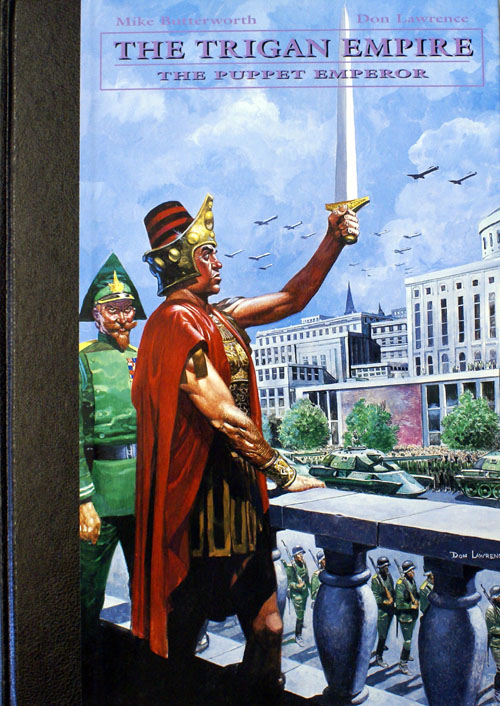 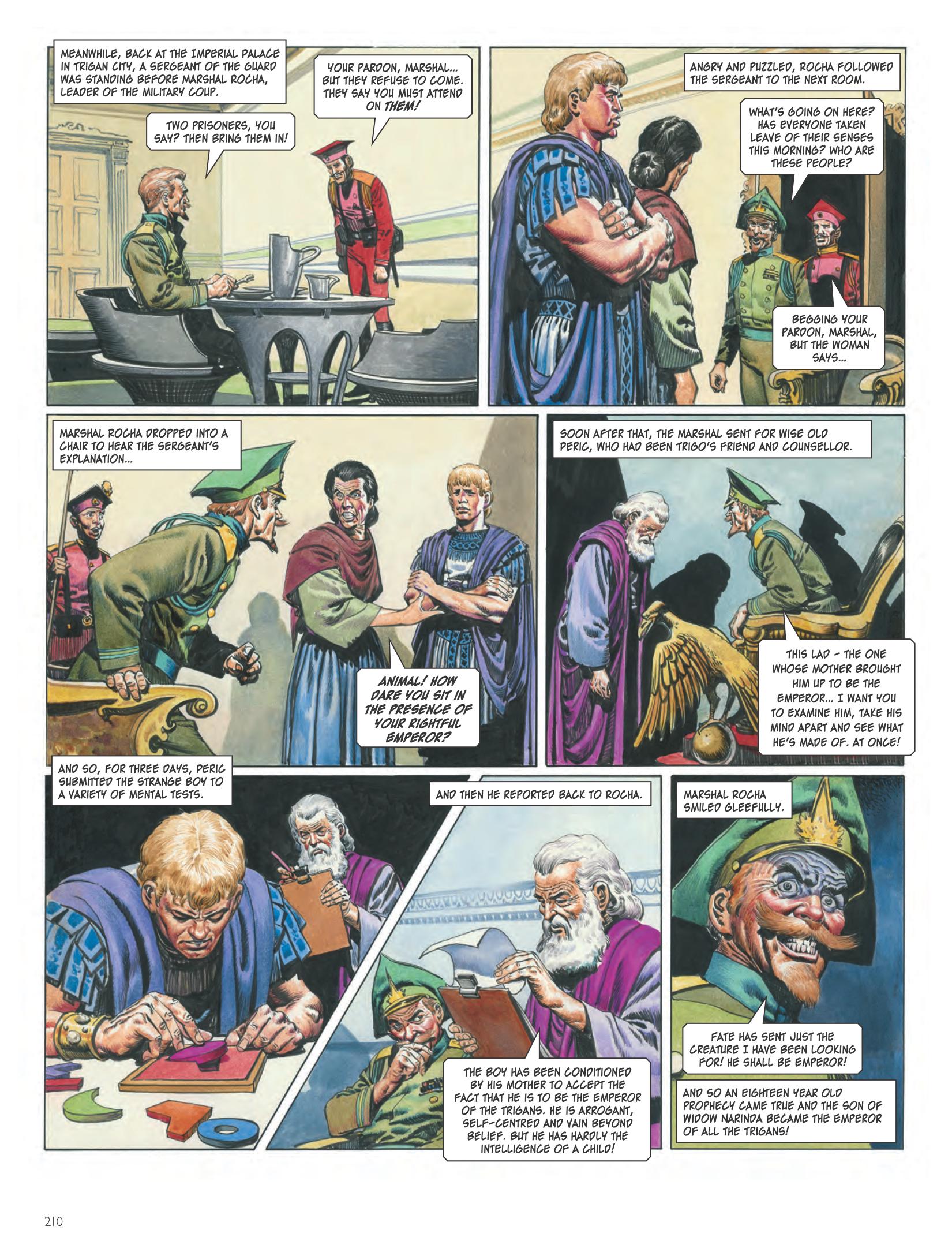 There’s an old military adage that advises seizing power isn’t the difficult part of the equation, it’s maintaining it that causes the headaches. To be fair, Emperor Trigo didn’t seize power in the first place. He and his brothers founded the city from which their power emanates, but Mike Butterworth loves a plot where Trigo is deposed, and if it features a scheming alien, military man or politician, then so much the better. There was a story along those lines in both The Three Princes and The Red Death, and as The Puppet Emperor title suggests, this features another.

Butterworth may repeat the basis for plots, but his trappings are always creative, and he begins the title story with a mother certain her son is destined for great things, and a genuine prophecy that one day he’ll be Emperor of all Trigans. Years later, with Trigo having annoyed his generals, he and brother Brag are secretly imprisoned, while Trigo’s nephew Janno is stranded on an isle of ghosts. It’s inventive throughout, and because the creators were only allocated two pages per episode, the plots move at a cracking pace, and the twists are unpredictable. Butterworth priorities story over characterisation, but this features a fine piece of personality definition concerning a character able to realise they’ve been wrong, and acting accordingly. It should also be noted that Butterworth structures his stories very professionally. When the common procedure for British comics was to end each episode on a melodramatic cliffhanger, Butterworth played along to a degree, but while his chapter endings do their job of leaving the reader wanting to know what happens next, they’re also often understated.

Of course, Butterworth could afford to be understated because he knew however good the stories might be, the true attraction of The Trigan Empire remains Don Lawrence’s lush art. Because he delivers the spectacular so frequently, how well he tells a story is under-appreciated. He’ll occasionally exaggerate for effect as per the superbly gritted teeth of Marshall Rocha on the sample art, but the remainder of that page is a series of perfectly composed panels telling a story. The postures alone reveal the hierarchy between the characters.

‘The Five Labours of Trigo’ sees Trigo severely injured in battle and having to convince the people that he’s still fit to rule. A clever plot sees him handed five almost impossible tasks into which Butterworth weaves surprises that subvert the intention. It’s clever, thrilling, beautifully drawn, and segues into ‘Menace From the Deep’. The title and the first section successfully disguise the true threat, and visually Lawrence draws on The War of the Worlds, for some distinctive craft. Although the drawing standards are maintained, this is a more ordinary story, but also the shortest in the book.

While this oversized, leather bound hardcover edition is lovely, and with informative background material and illustrations, it comes with a price to match. Readers on a budget are better off missing out on the eight pages of analysis and finding the same material combined with the previous book as volume two of Rebellion’s more recent Rise and Fall of the Trigan Empire. The final twenty pages are consigned to volume three, along with the content of the next hardback The Rallu Invasion.