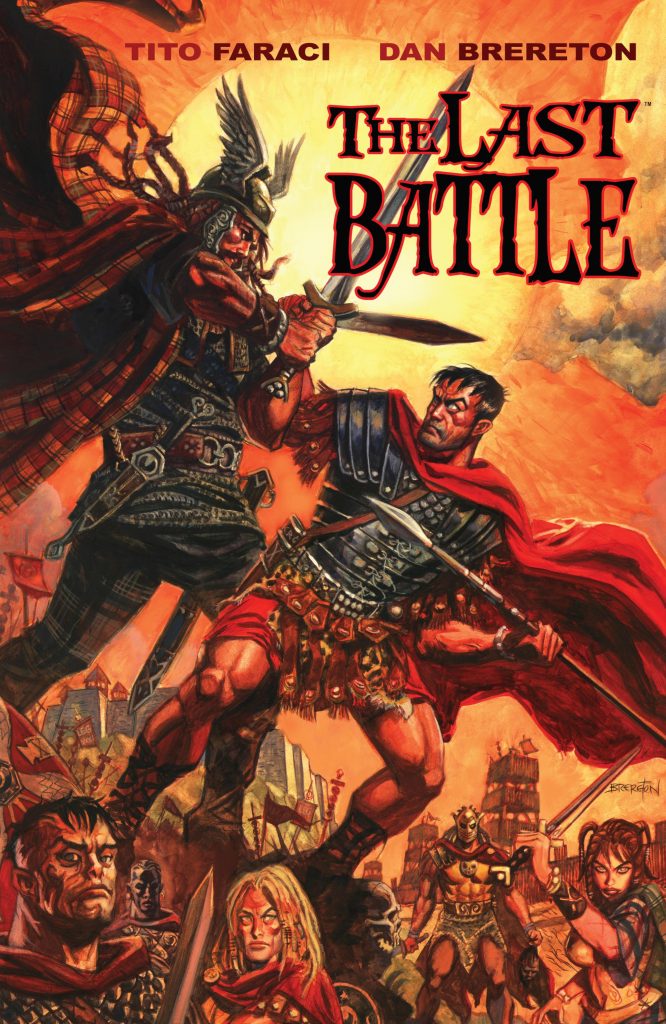 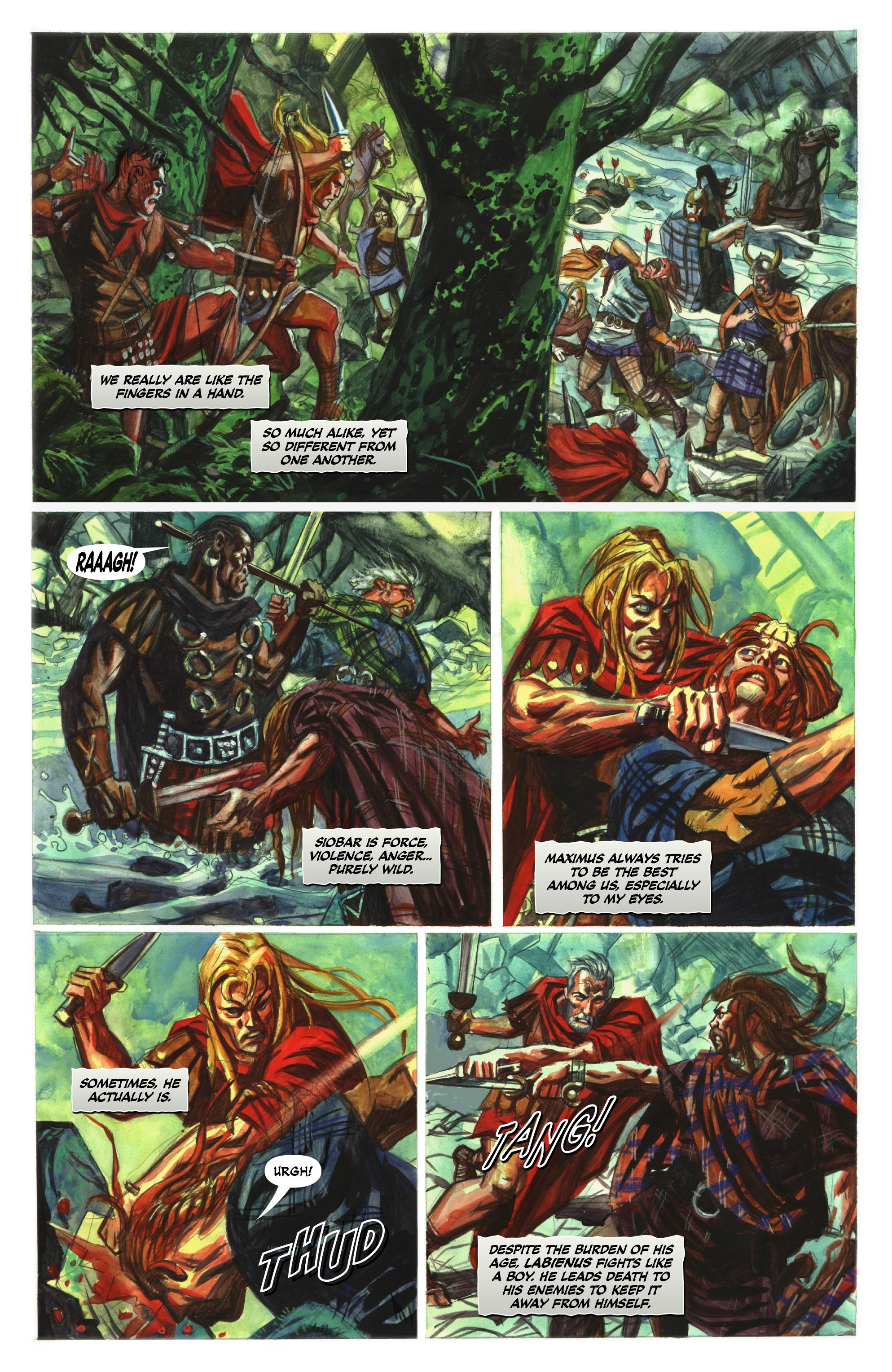 Caius Rodius has always been a loyal soldier in defence of the Roman Republic, establishing a reputation as a tactician and a fighter, and when in the company of his four loyal friends they form a near unbeatable force. He’s respected by a conniving and ambitious Julius Caesar, but his popularity and standing also threatens Caesar, who sees an opportunity to settle two problems at a stroke. Years previously Rodius mentored one Cammius, and in the intervening years he’s also proved an accomplished fighter, but against Rome rather than for it. Caesar considers Cammius is the logical choice to lead reinforcements attempting to break his siege of the Gaulish chief Vercingetorex, so orders Rodius to ensure his old friend never has that opportunity. With a heavy heart, Rodius sets about his duty.

As TV shows of recent memory have proved, the Roman Empire provides a fertile dramatic background, and it’s a cinematic location that Tito Faraci’s script exploits extremely well. Research provides some interesting snippets of colour, and there’s a tension due to a sense of foreboding hanging over The Last Battle via the title, and the suspicion that it refers to Rodius. He’s characterised as a man caught between a rock and a hard place, but honourable enough to see his duty to the state through, and in buddy movie style we come to know his companions also.

Astonishingly the supplementary information following the story contains the revelation that Dan Brereton originally turned down the chance to draw The Last Battle, feeling he wasn’t the right artist. Every page here proves him wrong. He immersed himself in research he found rewarding, and the result is rich painting, with an impressive depth of detail and some superb action scenes that match any TV interpretation of Roman combat.

There are two occasions when Rodius is surprised by what ought to be noisy intrusions, yet they’re almost silent, and undermine an otherwise engaging and dramatic plot, although not fatally. There is an element of formula, but the setting and the deft political manoeuvring provide enough cover, and this entertains from start to finish.