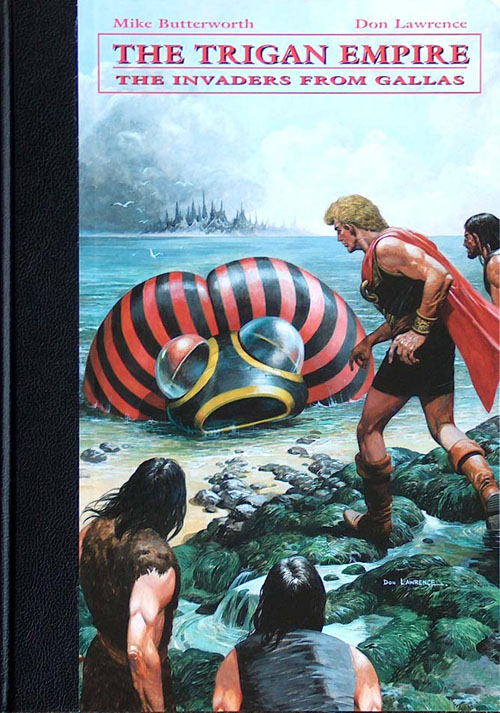 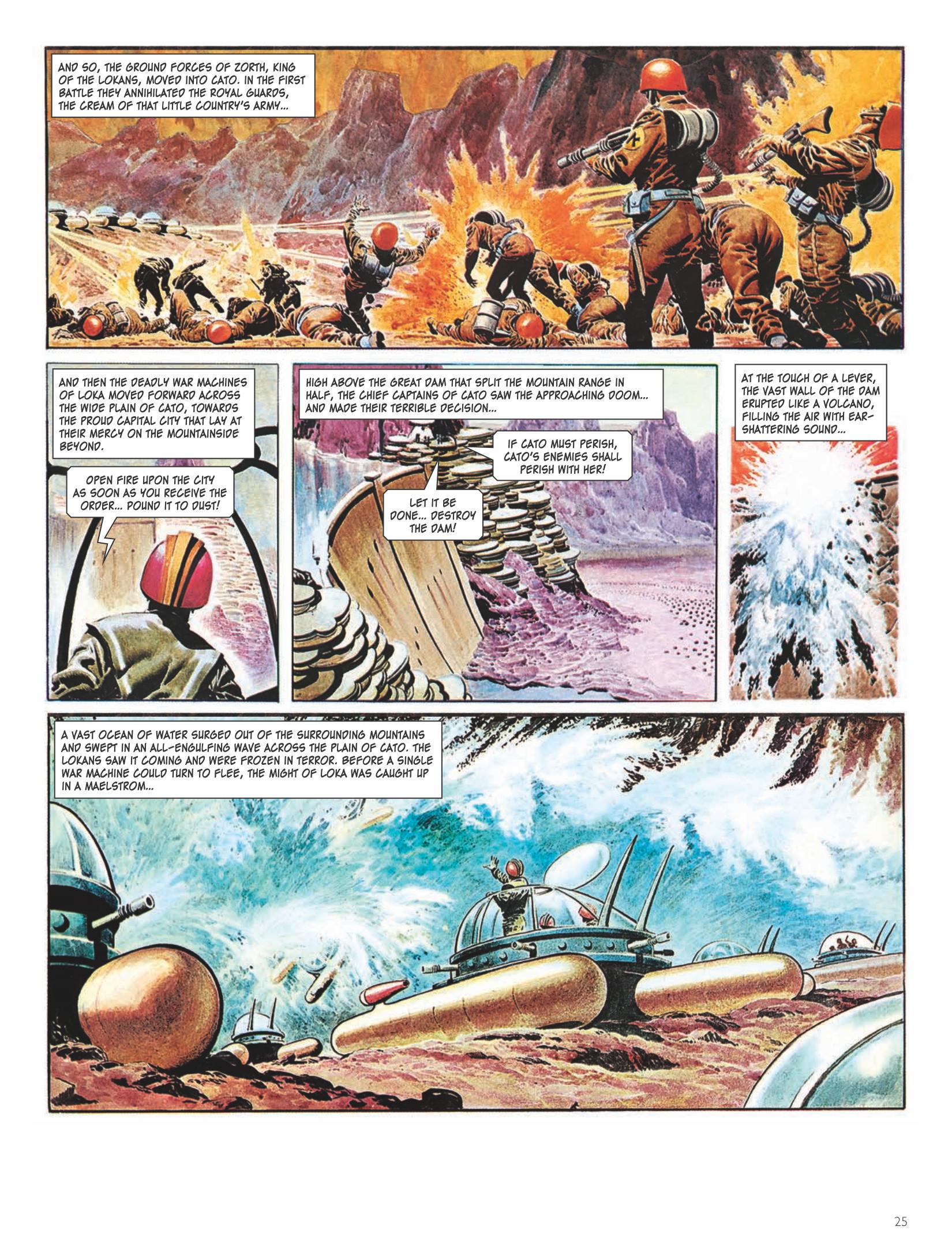 While having a revered status among British fans of a certain generation, it took fifty years for the first complete English language reprinting of Don Lawrence’s run on The Trigan Empire. However, publishers The Don Lawrence Collection compensated by issuing luxurious oversized hardcover, leather bound volumes on premium paper stock, accounting for a retail price of around £70 per volume. They truly are desirable items, although The Invaders From Gallas is slightly the least desirable by re-presenting the stories featuring in two of the only three previous English Trigan Empire collections. Those stories begin the series, and the beginning’s always a good place to start.

Writer Mike Butterworth has an unusual opening, a spacecraft crashing on Earth, and within it the entire historical records of the dead people’s home. It takes Richard Haddon almost his entire life to translate a single sentence, providing the key to revealing the remainder, the history of the planet Elekton. He reads of how Trigo and his brothers Borg and Klud from a nomadic nation were among those attacked by the scientifically advanced Lokans. Trigo had already been advising uniting and settling, and over the opening story Butterworth builds a heroic tale of how Trigo gathered allies such as the wise advisor Peric, also an architect, and overcomes one obstacle after another to forge his city.

This is given an appropriate heroic sheen by Lawrence, taking the culturally diverse elements handed him by Butterworth to create a consistency. As echoed by their names, the human looking Trigo and his allies broadly resemble Romans, and other elements are sifted in from that culture, including slavery and a fondness from public games on a grand scale. While Butterworth’s plots twist imaginatively it’s down to Lawrence that they’re still remembered. His art is cinematic and expansive, each person accurate and distinct, and he builds one detailed location after another, an elegance and beauty to every single page. Trigo may prefer the clothes of 50BC, but others are uniformed, Lawrence designing practicality both for himself as artist and the conditions, but ensuring helmets are distinctive,

It takes 39 magnificent pages to detail the origin of the Trigan Empire, one of the longest stories in the entire series, and once established Butterworth and Lawrence begin expanding their world. By the second story Trigo’s nephew Janno is in his teens, and it introduces his mate Keren, both loyal and adventurous, with many subsequent stories focussing on them entirely. The three remaining stories concern the possibility of a moon crashing into Elekton and the political consequences of that, the threat of alien invaders, and Janno going missing. This won’t be for the last time.

Butterworth never considered collections, just the pages he had to fill each week, and these being very restricted means a lot of plot is packed into the limited space, making for fast moving and ever changing stories. It also results in rapid endings, but that’s the only downside to these opening episodes of a strip whose reputation is enhanced by the beautiful production. It should be noted, though that this volume has a greater amount of pages where the original art couldn’t be located, so while it’s the best reproduction to date, some pages had to reproduced from printed sources. For anyone without infinite funds The Rise and Fall of the Trigan Empire Volume 1 combines this with the following Revolution in Zabriz. Don’t be tempted by the lesser reproduction of Hamlyn’s 1979 Trigan Empire collection, although 1973’s British annual format Look and Learn Book of the Trigan Empire is still a nice package, using the original colours. 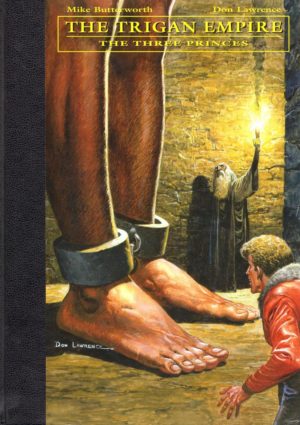 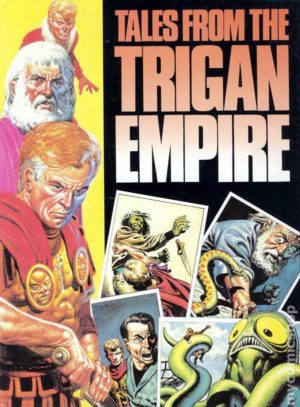