The Look and Learn Book of the Trigan Empire 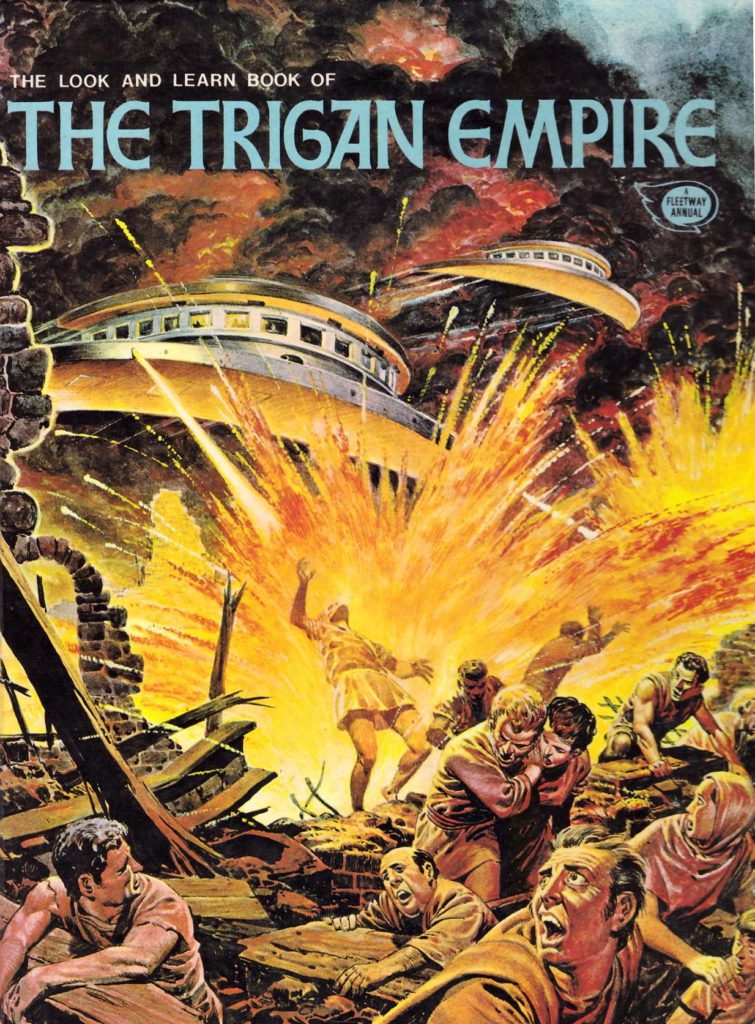 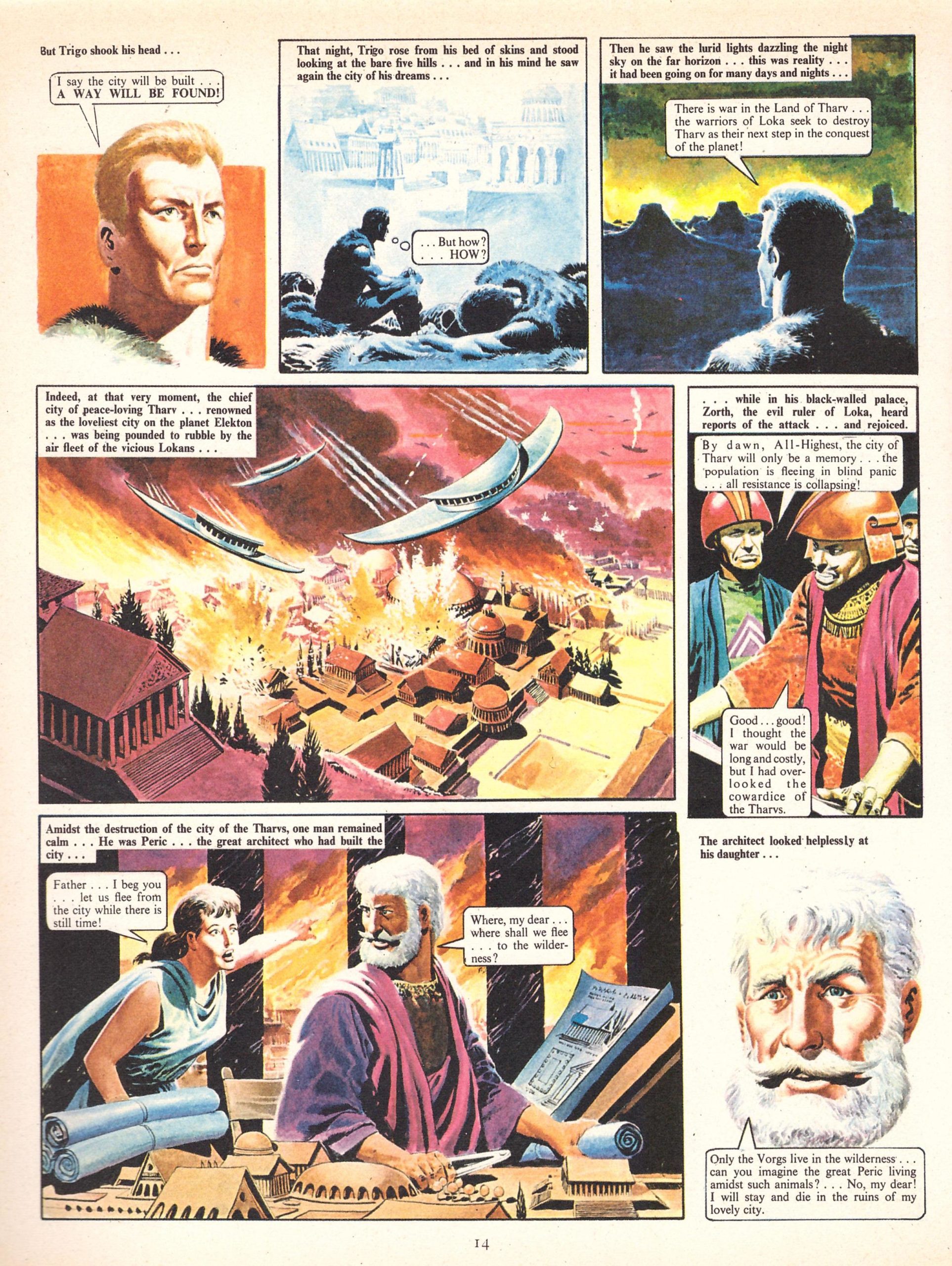 An indication of what an impression The Trigan Empire strip made when originally serialised from 1965 is this 1973 collection from the days when only newspaper strips were collected as a matter of course. A collection of material from a comic was almost unprecedented, and this presents the first and the third Trigan Empire stories.

The Trigan Empire began its two pages per week serialisation in Ranger, which, in the British comics tradition, was ‘merged’ with the more educational Look & Learn in 1966. Although a hodge podge of historical influence, SF and adventure, it broadly fitted the educational remit of its new home, a distinct benefit being that home also boasted the top end photogravure printing process, so Don Lawrence’s art was reproduced as well as possible. While Mike Buterworth’s plots entertain and the pages turn, it’s the art providing the true wonder. Lawrence painted in coloured ink, creating lush tones and imaginative new worlds, yet populated by people drawn from the Roman Empire. He ensures every character is distinct, even among the more alien looking beings, designs sleek, futuristic aircraft, and some great other-wordly creatures.

There’s a novelty to the way Butterworth begins the Trigan Empire saga by having it introduced when a spacecraft crashes on Earth. The crew are dead, and it takes a linguist an entire lifetime to find a key to translating their language. When an old man, he’s finally able to pass on the story of how Trigo and his brothers from a nomadic race on the planet Elekton finally set down roots and how their early city managed to withstand treachery from within and the attentions of the more scientifically advanced Lokans. That’s the bare bones of a continually exciting adventure, the pace dictated by its original serialisation in two page episodes. With such a limited page count Butterworth had to keep things moving, and as the series continued he’d often repeat ideas in a slightly different form, but there’s a freshness here that keeps the pages turning.

The earliest Trigan Empire material is now available in the first of a dozen luxurious hardcovers and Rebellion’s Rise and Fall of the Trigan Empire, both using 21st century digital printing to ensure absolutely faithful reproduction, yet this remains a nice package. The colours have a richness absent from later reprintings, and that has some appeal. This is certainly far better reproduction than the bulkier 1979 Hamlyn reprint, although if money is no object you may want the same content in the luxuriously produced twelve volume set publish by the Don Lawrence Collection, beginning with The Invaders from Gallas.