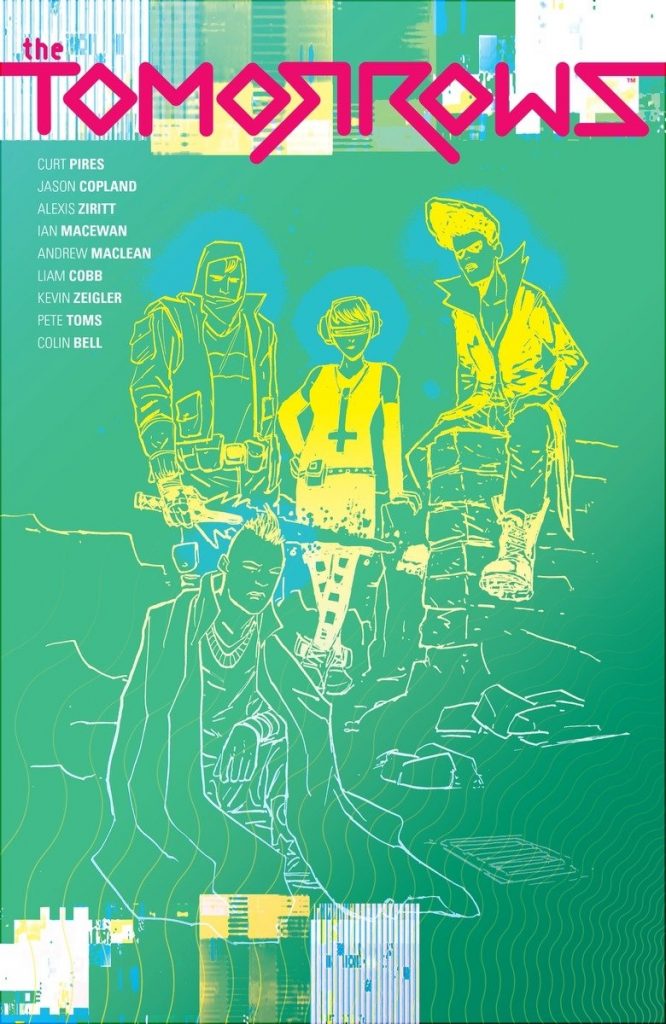 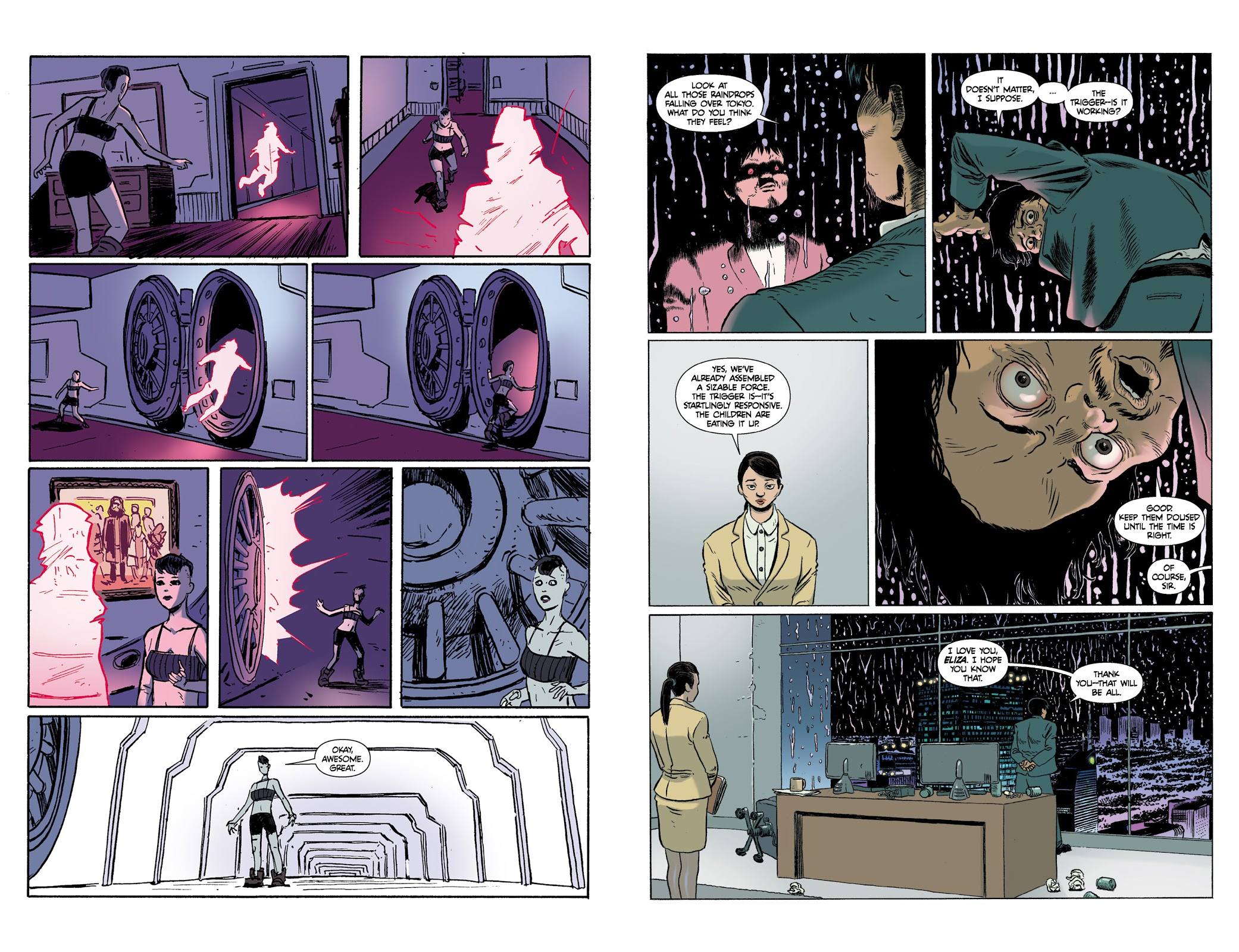 The Tomorrows are our protection from an insidious technology controlled future where assorted hollow billionaires desperately seek the next thrill in their global playground, even greater riches no longer enough.

Curt Pires has a way with technobabble, stringing together buzzwords with dropped names and phrases, all of which you’ve heard and feel you ought to know, but probably don’t. It’s convincing enough to evoke a future just out of reach, based on today, for the most part looking like today, but in some respects unknowable. What would a bright person from 1955 have made of tablets, cellphones and the Shard? Replace that line with your own concept of cultural advancement if reading in the future. It can all transmit as smug, especially the lists for further absorption, but Pires is just toying with you like his arch villain toys with our captured heroes in the opening chapter. Anyone who ends his chapter with a full page mic drop can’t expect to be taken seriously, and he knows that. One hopes.

Six different artists illustrate what Pires envisages. As his six chapters split neatly into individual stories building a bigger entity this is fine, but not all are up to the task. Jason Copland (sample spread left) takes the opening edge of consciousness transmission and decodes it into smudgy lines, his job to relay the future as viewed from the past, somewhat fuzzy around the edges and unknowable. That’s fine. Alexis Zirtt’s even rougher version of Rio isn’t. His is a future where people have devolved into recognisable humans, but not correctly constructed. It’s damaging. Ian MacEwan (sample spread right) relishes architecture, and has nice turn in fine art imitation, but some of his facial expressions are screwed up. Goofy cartooning works well for Andrew MacLean, hints of James Stokoe as the origin of the Tomorrows is disclosed. One day Liam Cobb will be a comic artist with an enviable fine line and good eye for simplification, but he might want to improve his anatomy in the meantime. Kevin Zeigler is back to cartooning and his pages are great, just what you’d want from a finale.

The Tomorrows carries an expectation of the reader joining the dots. Pires and his collaborators drop us into assorted scenarios where something’s obviously at stake, and throw in some familiarity ensuring some explanations are not required for anyone immersed in superhero formula. The what takes precedence over the how, yet as it’s the future do we mind? Well, yes, to a degree. An ending that follows the narrative pattern by just working out without Pires considering an explanation is necessary is plain idle. We appreciate a thrill ride, but make it pay off. Ultimately this is style over content, a bunch of unlikeable people in a great hurry spouting nonsense. It’s fresh, flashy and visceral, but a dead end. Ironic commentary only carries anything so far, and eventually, for all the name dropping there needs to be some substance.

Keywords: Nicholas Witchell, Bill & Ben Flowerpot Men, Hedy Lamarr, Steinski, The Unbearable Brightness of Peeing, Thurman Munson, “Infamy, infamy, they’ve all got it in for me”.