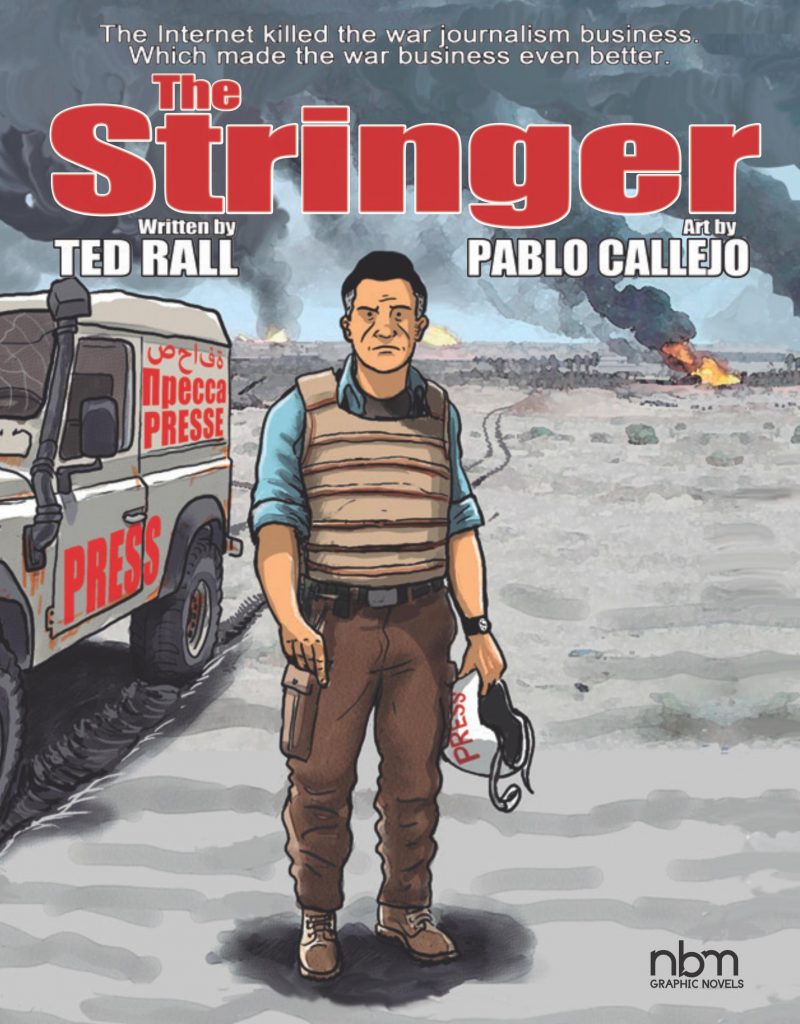 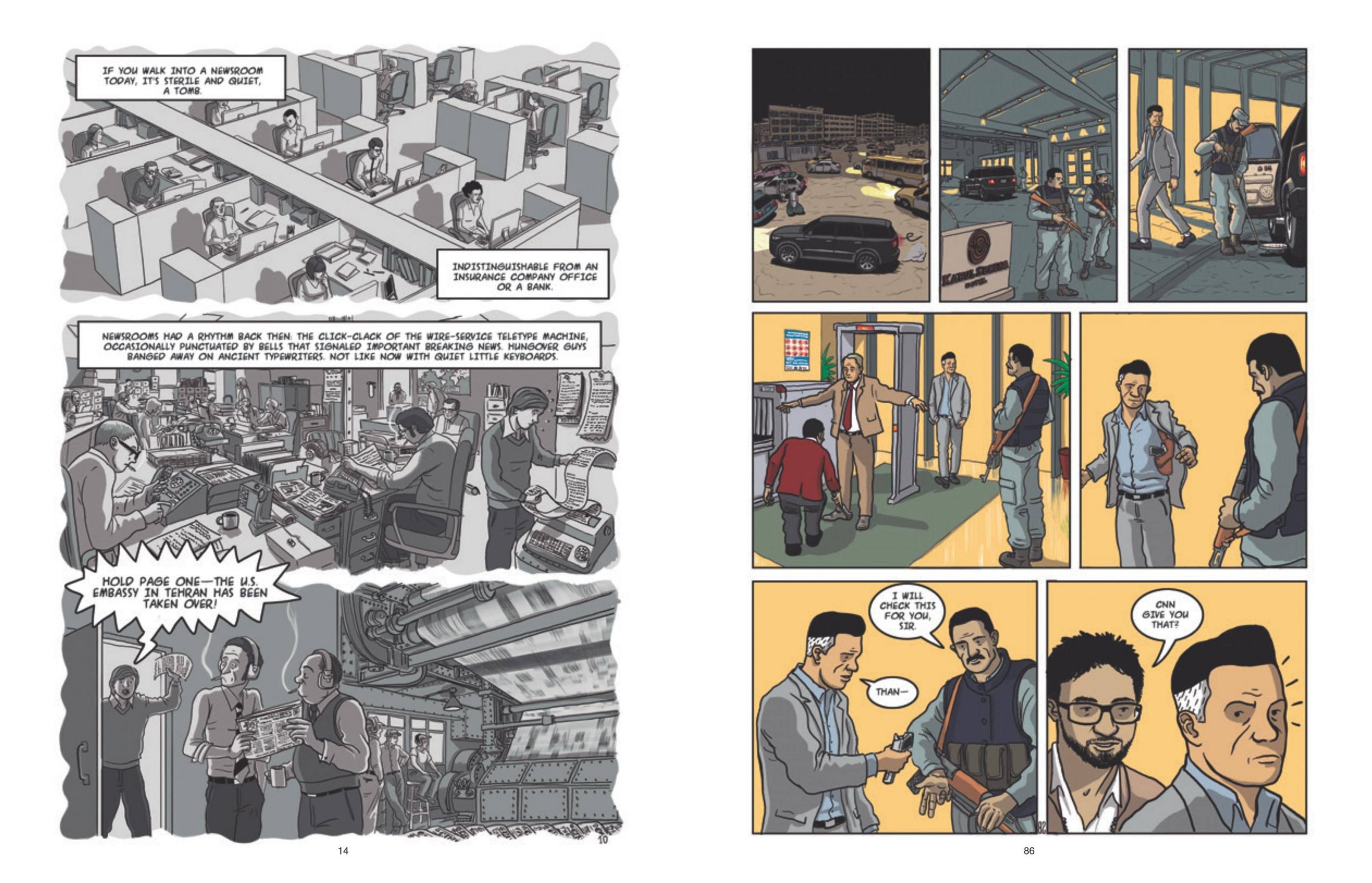 Ted Rall’s previous projects show him as a passionate believer in the power of information, yet his introduction makes the point that while there’s more and more information available online, new verifiable content is being produced by fewer and fewer people. Rall considers there’s no general recognition of this, and without paid and credible journalists democracy begins to flounder.

Lead character Mark Scribner’s name alone marks him as a composite, and Rall begins by establishing him as a diligent journalist with values for whom the story is all, whether or not it fits comfortable truths, and he learns early that an unpalatable truth often has a personal cost. A little too much time is spent on establishing the credentials, hammering home why clicks aren’t relevant to journalism, and someone’s stories about ignorant staff not understanding the restrictions of a war zone. However, it leads into a jaw-dropping revelation, and with it Rall kicks his real story into gear. Scribner develops a way of solving his problems by using the possibilities of an internet system too many newspaper owners and public figures still don’t understand.

While Scribner’s story diverts into some incredible places, it’s rooted in realism, and Pablo Callejo’s art is geared toward providing that. It’s expressive cartooning, detailed, and more reader-friendly over an entire story than Rall’s own style. The Stringer may be fiction, but plenty of grim real world events are namechecked and shown throughout, yet Callejo achieves the near impossible by showing the distasteful as tastefully as possible. To gloss over the nastiness would be a disservice to people who died in tragic circumstances, so it needs to be shown, not least because in many cases it’ll also be educating. Another point made early about the importance of journalists is what happens in areas of the world where they’re absent or silenced.

The heart of The Stinger is a fictionalised, we’d hope, version of what a dedicated journalist is able to do with the information and contacts they have. It’s served with a side dish of righteous indignation at the institutions that just wave it through, with the hypocrisy of governments not escaping attention. Rall has a lot to say and says it regularly in his newspaper strips, but The Stringer is likely to reach out and inform a new audience. His final chapters are a neat closing of the circle, extrapolation following a direct line along Scribner’s path.

While there are places where it feels as if Rall is standing beside you shouting in your ear, it’s all very plausible, a sugar coated pill for those who want to pay attention.