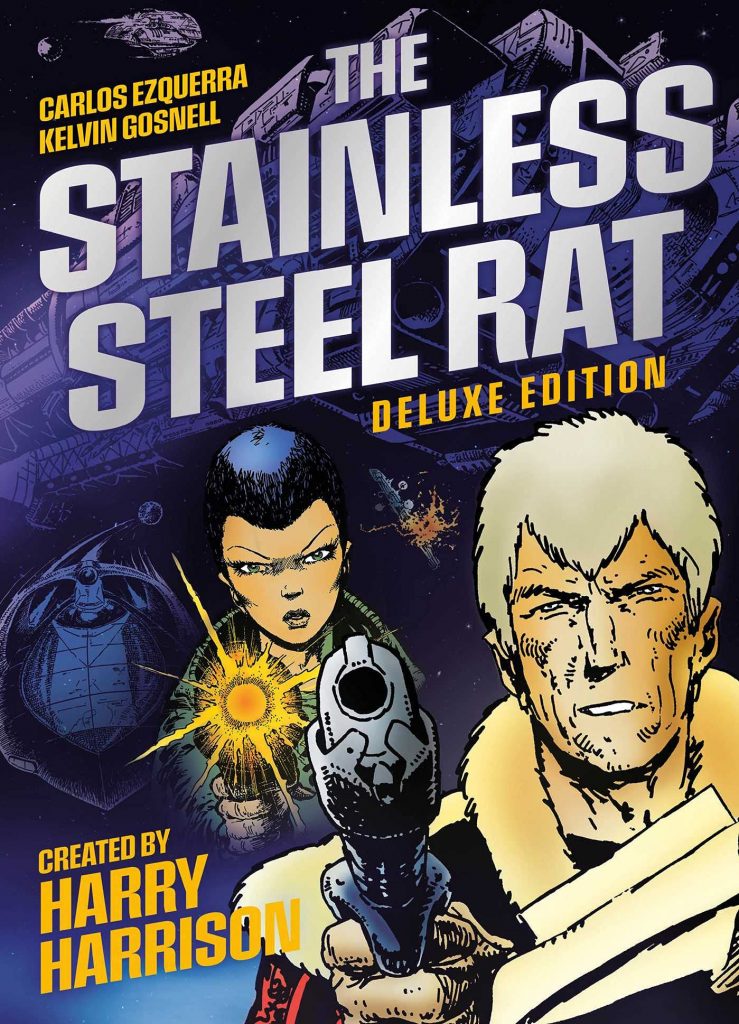 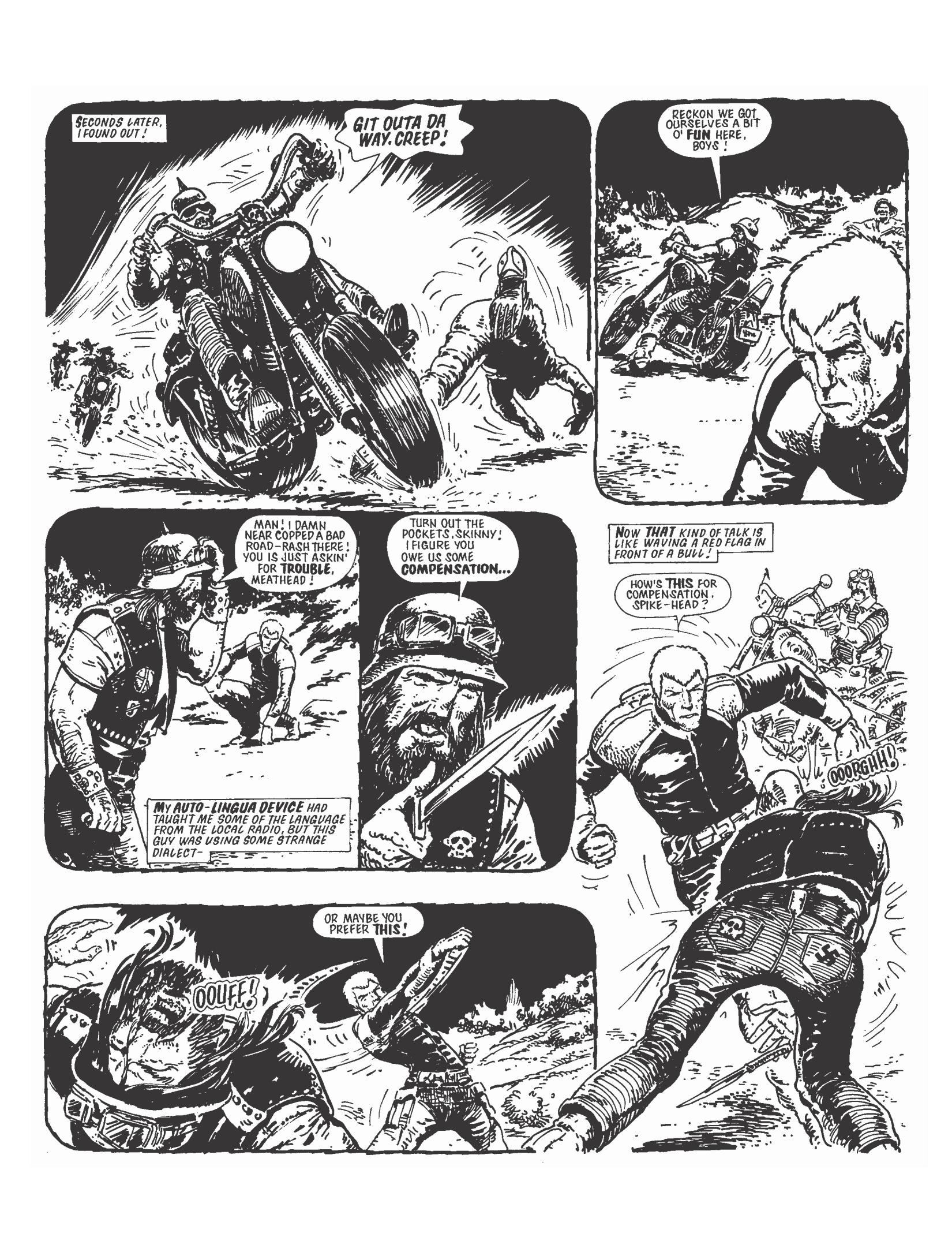 After the success of his first novel Deathworld, Harry Harrison took a lighter touch with 1961’s The Stainless Steel Rat, featuring genial conman Slippery Jim DiGriz, who joyfully flits about a future where crime has almost been eradicated, stealing from those he feels have it coming. Harrison was very fond of the character, and over fifty years would feature him in eleven further novels. Three were adapted by Kelvin Gosnell and Carlos Ezquerra for 2000AD.

In the comic’s early days, the Stainless Steel Rat fitted in well, providing creative light adventure with a comedy touch not too far removed from the Judge Dredd stories of the era. The opening pages introduce Slippery Jim masquerading as a business executive just caught by the robot police after removing gold bars from a bank one by one. He’s wily enough to have planned several escape routes, and then starts considering how he can retrieve his stolen gold from the police. It’s a good scene-setting introduction.

A novel starting point is elevated by the addition of the foe the Stainless Steel Rat can’t defeat: The Special Corps. It’s a secret organisation that actually maintains the safety of the universe, and his maverick talents are what they occasionally need. There’s no refusing them, but a clever aspect of the stories is their turning a blind eye as Slippery Jim continues some activities on the side, while having access to their advanced technology, inventively created by Harrison. Just as appealing is Angelina, every bit the lethal psychopath in the opening story, and important to what follows. Unusually for the era in which the early novels were written, she’s no simpering victim to be rescued, but if anything even more formidable than the Rat himself.

The Stainless Steel Rat Saves the World is the third novel, concerning a plot to tamper with time to ensure the Special Corps is never formed, enabling us to see Slippery Jim in the then present day of the 20th century. There’s then a ten year jump to the fifth novel The Stainless Steel Rat For President. Here the Rat’s conscience is inflamed by Zapilote, an election-rigging politician, so he decides to run for President himself, confident his corruption skills are even more refined.

Ezquerra uses 1960s movie star James Coburn as a model for Slippery Jim, and despite being the man who created Mega-City One, Ezquerra’s conceptual skills are under-rated. His locations are suitably futuristic, but also slightly tarnished, and populated by his lumpy, worn people ideally suited to the times. The Stainless Steel Rat is prime early 1980s Ezquerra, and he obviously enjoyed the mix of comedy and action. Interestingly, for the third story he modifies his art slightly, providing a greater inking delicacy without harming the look.

While the original novels are hardly doorstops, some contraction is still required, and Gosnell achieves this without ever losing the essence of the stories. After all these years they remain solid fun, and unlike many series from 2000AD’s first decade, something that young teens can still enjoy.