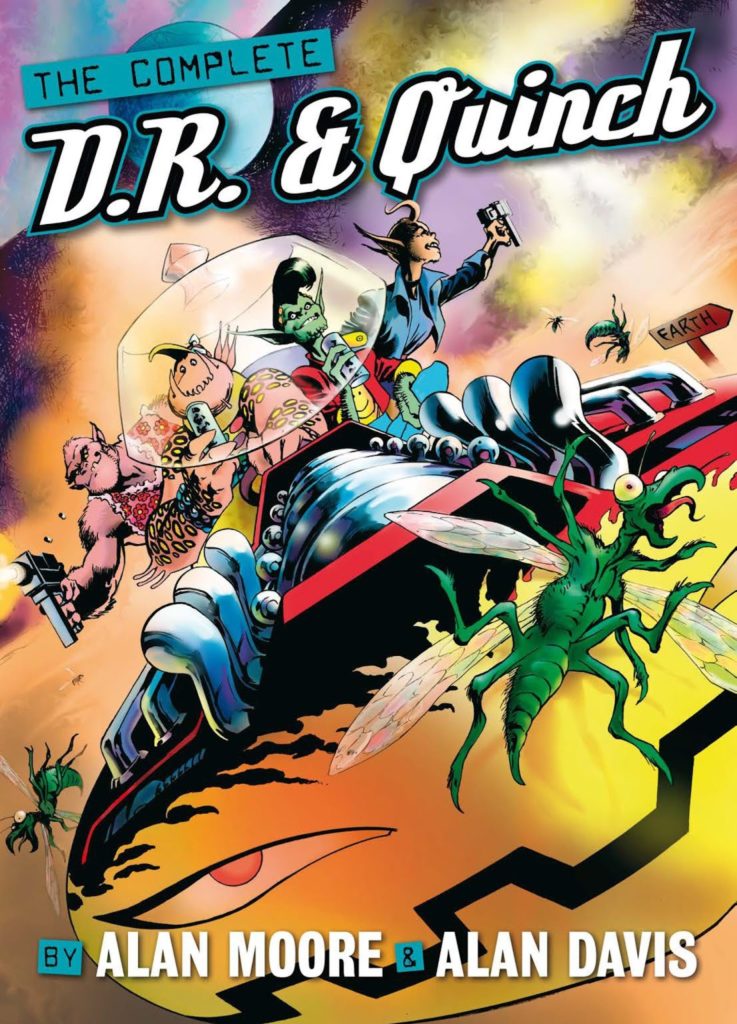 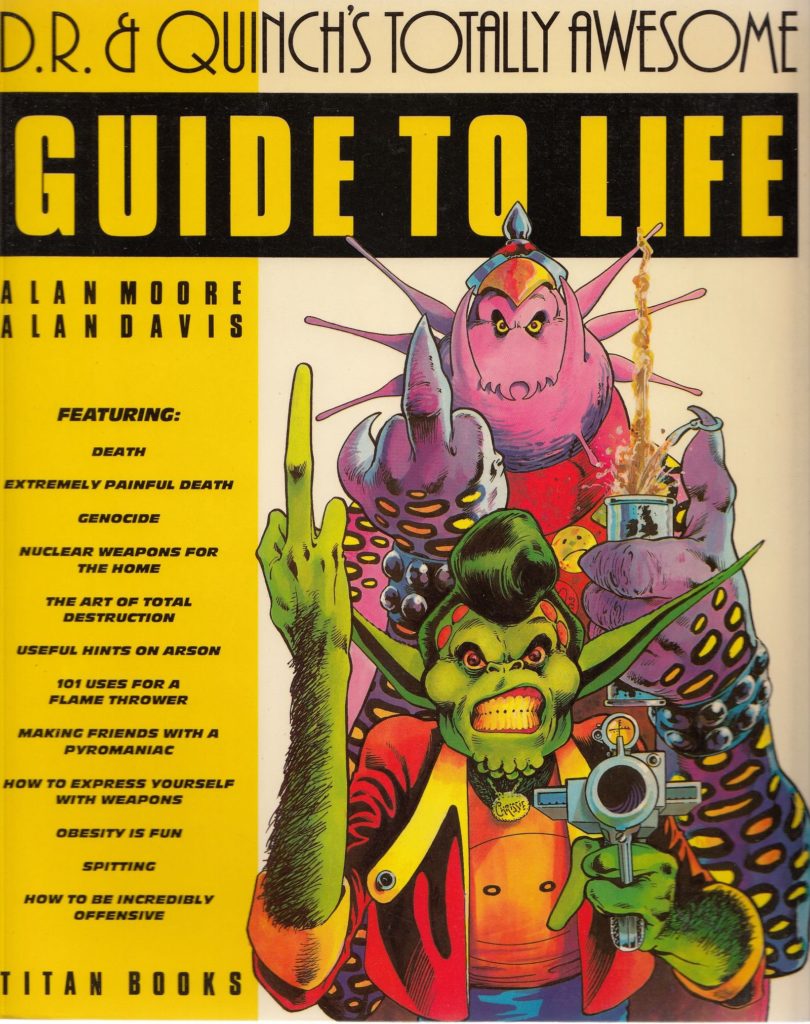 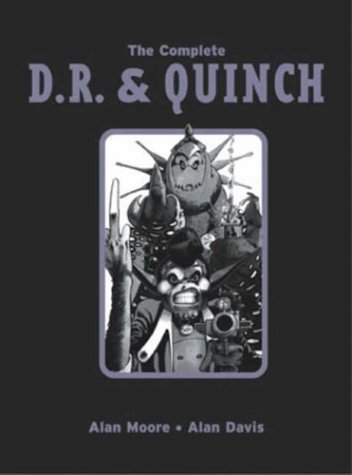 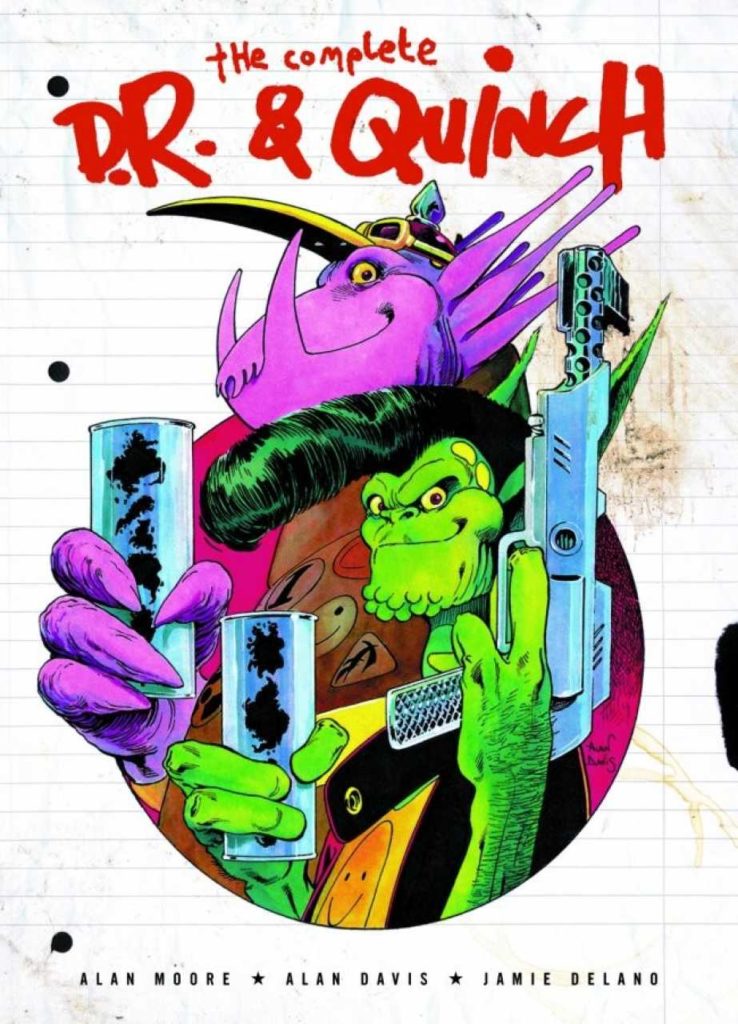 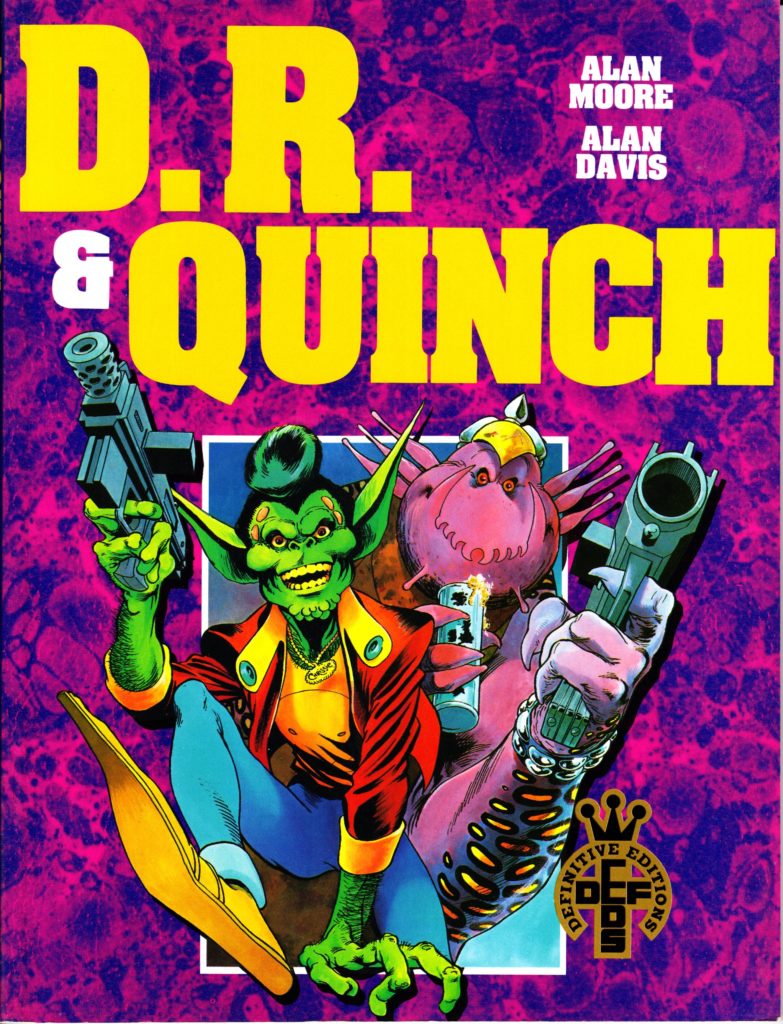 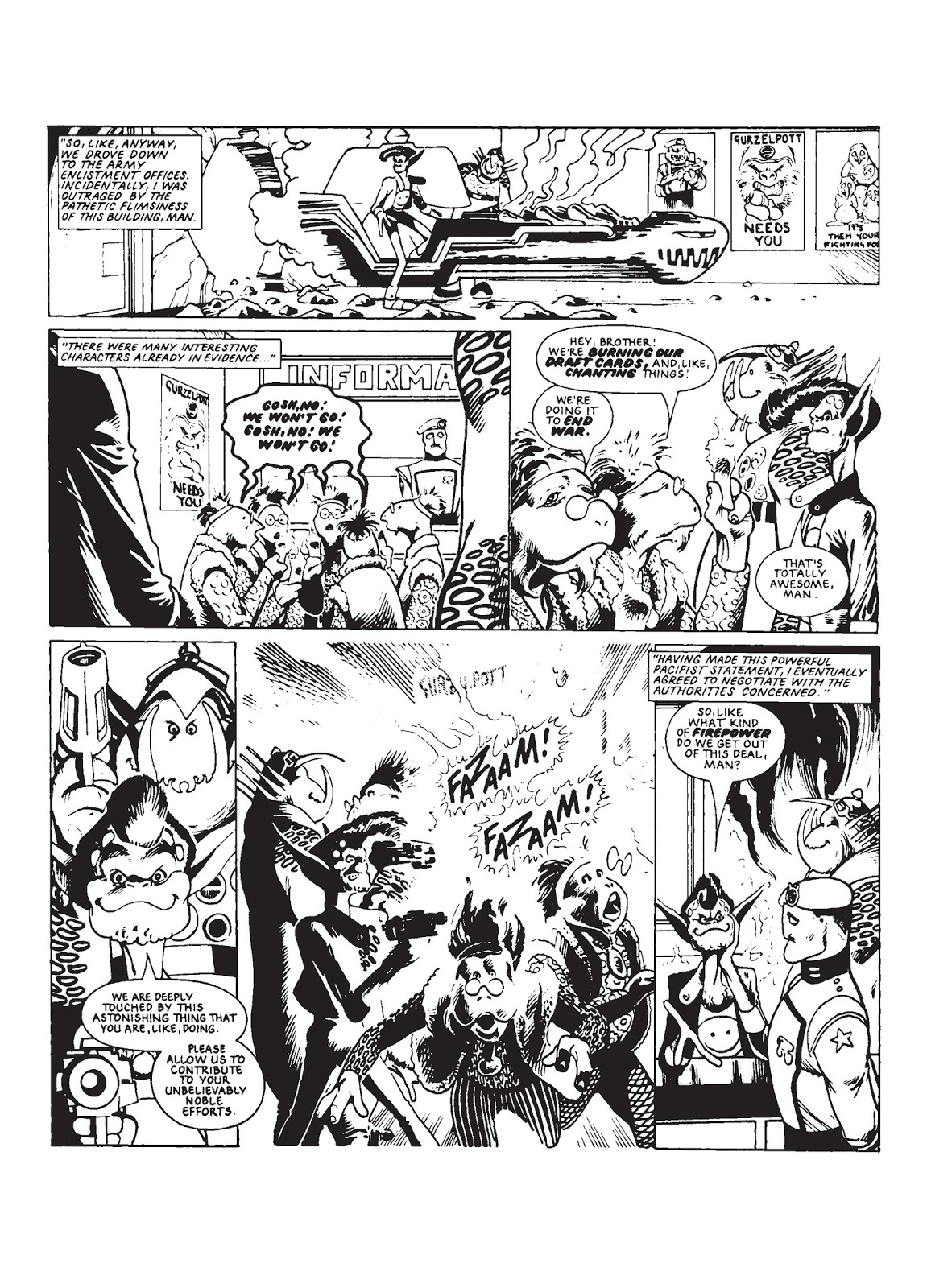 Creating the comedy adventures of nihilistic alien delinquents now seems a trivial sideline for early 1980s Alan Moore, but it’s proved lastingly popular, with at least five editions since the first collection in 1986, one a deluxe hardcover. Moore rapidly conceded Waldo ‘D.R.’ Dobbs and Ernest Errol Quinch were based on a feature running in National Lampoon, but that was set in the present day on Earth, and Moore upped the ante considerably. D.R., standing for diminished responsibility, and Quinch have the science of the future at their disposal, including time travel and awesome weapons, and theirs is a world of no consequence violence with massive casualties.

Alan Davis created two magnificently malign designs for the lead characters. They’re mismatched, yet it works. D.R. is an alien variation of the 1950s UK Teddy Boy in drapes and quiff, the knobbled chin a defining feature, and Davis also makes use of large feet and fingers for comedy exaggeration. Quinch is a big, scary lump, his eyes too close together, strangely mottled skin and weird protrusions all over his head, and while he never talks, he narrates some stories.

The pair arrive fully formed as they mess with Earth’s history in the opening strip. It’s a violent, clever tour through inexplicable events of the past and very funny. There were only five further stories by Moore and Davis. D.R. and Quinch go straight, find a girl, get drafted, make a film and run a summer camp. Excess is the priority. There’s no easing into matters (except for the romance strip). D.R. and Quinch are irredeemable, so Moore sets the starting bar to immoderate, and escalates from there, sequencing the set-ups and punchlines into complete plots. D.R.’s dialogue is convoluted with a verbal complexity, a form of comedy dating back at least to Damon Runyon’s Guys and Dolls, and as this appeared in 2000AD, it’s also worth noting that the staging and pacing are similar to the funnier Judge Dredd stories of the time. The occasional joke is obvious or falls flat, but all these years later Moore’s scripts remain ridiculous and very, very funny.

There’s a density of plot and art to the five page episodes, while Davis is brilliant, and possibly doesn’t receive enough credit for that. The opening story is well drawn, yet staid in comparison with the remainder, where Chuck Jones mayhem bursts off the page. Quinch is designed not to be visually expressive beyond a puzzled goofiness, but D.R. is given the full range of facial expressions from the threatening and sinister to angelic innocence. Given the nature of the strip, and the Chuck Jones comparison, it may seem odd to note the art has an occasional understated quality, but it does. If it weren’t for a quieter moment or two, the remainder wouldn’t play nearly as well.

Later editions also include eight single page strips written by Jamie Delano with Davis, recasting D.R. and Quinch as suppliers of answers to problems ranging from the existential to the trivial. They’re nicely drawn, and raise the occasional smile, but rapidly run into the brick wall of repetition, which was inevitable when violence was always the answer. Later editions also suffer from poorer reproduction (see sample art), so all things considered, your best bet is the original 1986 Titan collection D.R. & Quinch’s Totally Awesome Guide to Life. It’s slightly larger format and the reproduction is clear.