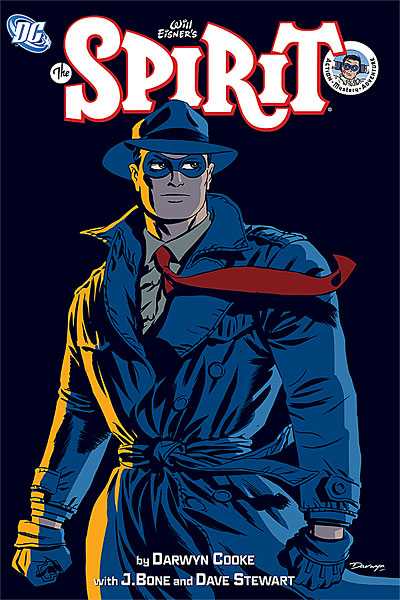 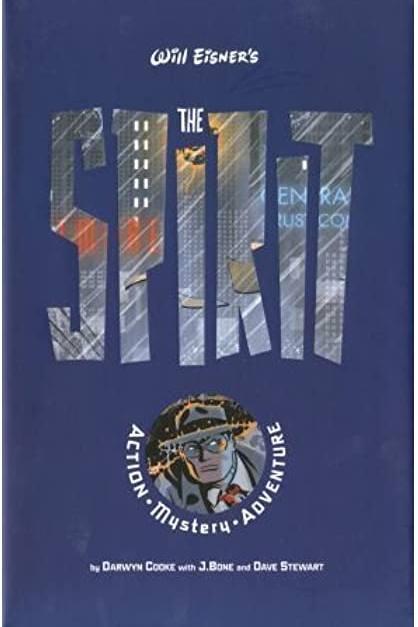 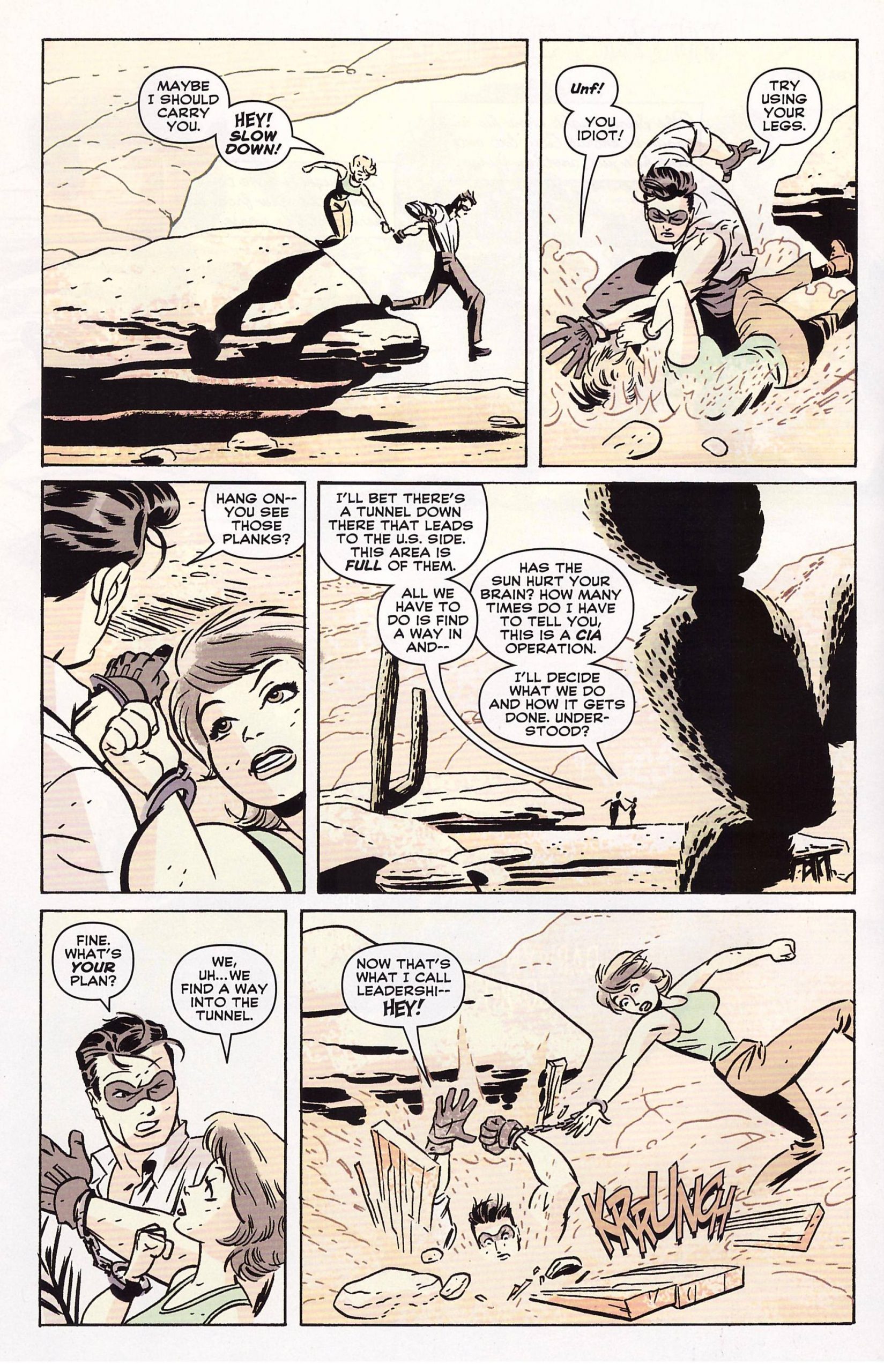 The Spirit was created by Will Eisner, and has been so intimately associated with him over decades that it’s frequently not taken into account that he wasn’t the sole creator of much of the 1940s and early 1950s newspaper supplements on which the reputation for quality rests. This is by way of putting forward the possibly heretical theory that the best writer/artist to have ever worked on the Spirit may no longer be Will Eisner. It might be Darwyn Cooke.

They work in different formats, Eisner constructing taut seven page dramas whilst Cooke’s stories extend to 22 pages, so any comparison isn’t exactly like for like, but Cooke keeps Eisner’s supporting cast, mileu and style for seven inventive comedy dramas. Each is self-contained, and each is a creative re-imagining of what Eisner thrived on, constantly switching styles and able to incorporate strange possibilities alongside crime drama, with quirky new characters only intended for the single use. In the solo stories the Spirit is first seen tearing his way through the back seat upholstery of a car, having hidden in the boot, and it’s a memorable entrance, but that the character is in safe hands is apparent from the very first page of this collection. The opening story is a Batman team-up written with Jeph Loeb, but instead of going for the obvious, Cooke begins with Gotham’s Commissioner Gordon visiting Central City and chatting with Commissioner Dolan. Both smoke pipes, and stand in club room with a roaring open fire surrounded by fearsomely posed hunting trophies. It’s atmospheric and a good a signal as any that Cooke completely understands the characters and situation. “It’s just funny sometimes to think that nobody knows how the Spirit met Batman”, says Dolan, and into that untold tale we’re led.

Choose to look at it that way, and a teaming of Batman’s villains drawn in cartoon elegance could indicate Cooke’s stories as being set in the world of the 1990s animated Batman. Cooke also teams some of Spirit’s recurring villains in what’s a charming comedy caper, but there’s far better to come.

Cooke is a cartoonist by inclination, and that fits the Spirit’s established world. He’s a very good cartoonist, though, as intuitive as Eisner, crediting the latter for devising much of the cinematic structure Cooke employs so well. There’s a depth to the personalities, movement to the action, impeccable comedy timing, and storytelling virtuosity. To be extremely picky, figure proportions can be inaccurate, but you’ve got to look closely to spot it.

There’s a reverence for Eisner’s Spirit, but not a slavish devotion. Cooke’s Spirit is set in the present, so incorporates modern technology, even a manga look briefly applied in the most straightforward inclusion. Ebony White’s dignity is upgraded by a century or so, and modern iterations of classic villains are introduced alongside Cooke’s own supporting characters, the best of them being the slippery Hussein, and the moody Almost Blue. Sand Saref is a notable exception, held over for Volume 2, but over six stories almost everyone associated with the Spirit puts in an appearance and there’s a good retelling of the Spirit’s origin with multiple narrators, but this isn’t aimed at nostalgists. Anyone can pick this up and enjoy the delights on offer. And they should. 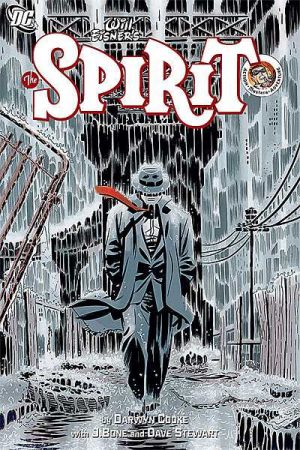 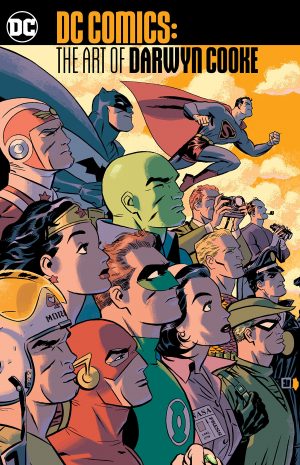