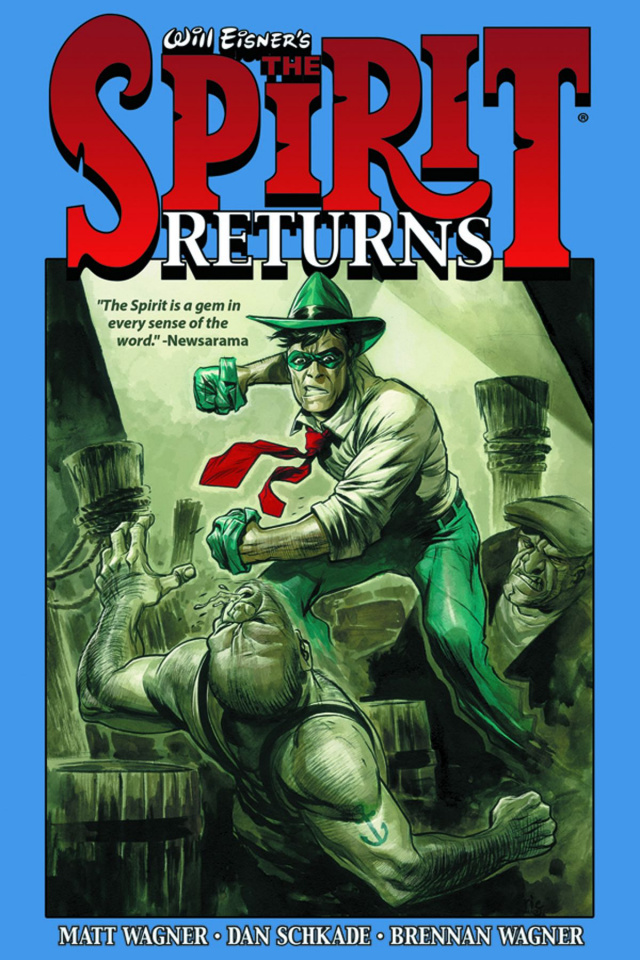 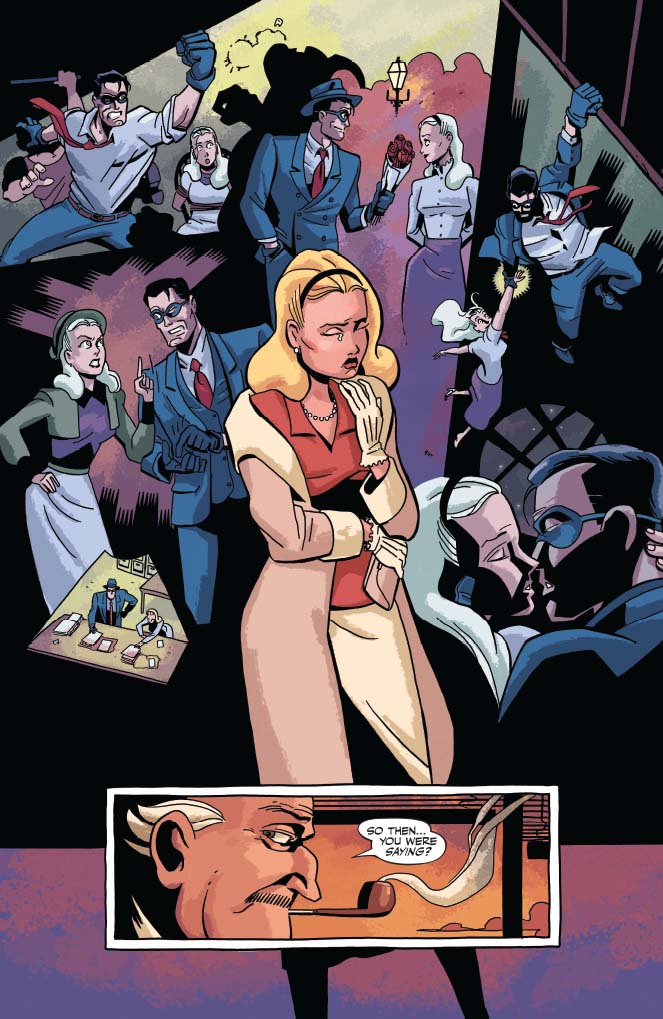 Is the Spirit still relevant? Is he a character whose appeal is now limited to an older generation, or is he a timeless hero discovered by each successive generation?

Matt Wagner, of course, assumes the latter, and his collaboration with artist Dan Schkade is a spirited statement as to why. Instead of treating the Spirit and his 1940s Central City location as fixed, Wagner moves forward to Commissioner Dolan on the verge of retirement and the Spirit not seen for two years. Wisely, though, this isn’t The Spirit updated to the present day. Ebony and Sammy listen to the radio and answer a landline in their detective agency office, and Ellen Dolan, with new boyfriend firmly under the thumb, wears the fashions of the 1940s. After a chapter reintroducing the cast, Wagner gets down to the business of finding out what happened to the Spirit.

It’s cleverly handled. At the start Ebony and Sammy take a tour of the Spirit’s most prominent enemies, each telling a story about how he thwarted their last escapade. Wagner doesn’t drag the absence out too long either. After all, the title is The Spirit Returns, so the mystery becomes just where he’s been. A good use of the two year gap is to transform Ebony, now older and more dignified, solving a problem Will Eisner never dealt with, choosing just to write him out in the late 1940s

Regarding the art, it’s very, very difficult to work past the style that Eisner established, cinematic with plenty of detail, changing viewpoints and people generally seen from distance. In his foreword Wagner notes how his son, colourist Brennan Wagner, convinced him that new talent Schkade was the best artist for the job, and his instincts are sound. He’s a little rough around the edges in places, but he supplies the Spirit’s world in a cartoon style without slavishly imitating Eisner’s style. Where he’s lacking, though, compared with the high standards set before is the cinematic approach. He doesn’t vary the viewpoints enough, too often closes in, and isn’t keen on backgrounds. It isn’t fair to compare a very talented new artist with the mastery of predecessors Eisner or Darwyn Cooke, but in some respects this assignment sets up Schkade to fail.

Wagner doesn’t imitate the short story format, although the stories within a story do that to an extent, instead running the events over roughly twelve months. He does, though look to Eisner for some techniques, like the focus of a chapter being a character other than the Spirit, scenes in rhyme, the Spirit seen in exotic locations around the world, and good repurposing of some staged sequences older readers may recognise. These are homage rather than pastiche. However, Wagner’s aware of the need for originality, and creates an intriguing new villain in the form of the feared Mikado Vaas. He’s given a set of priorities beyond the usual Central City criminals, ruled by an ideology, and that changes the prevailing atmosphere interestingly.

While doubts hang over The Spirit Returns, the ending is a blockbuster, the foundations well laid and action every bit as thrilling as intended. Elsewhere it grabs the attention, focusses on the right people in the right places and sells the idea, but will inevitably draw comparisons with Eisner’s peaks. 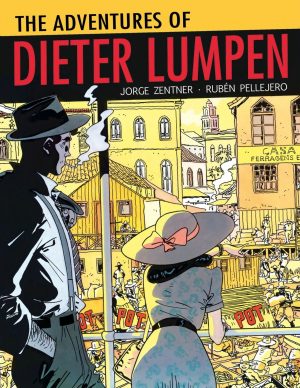