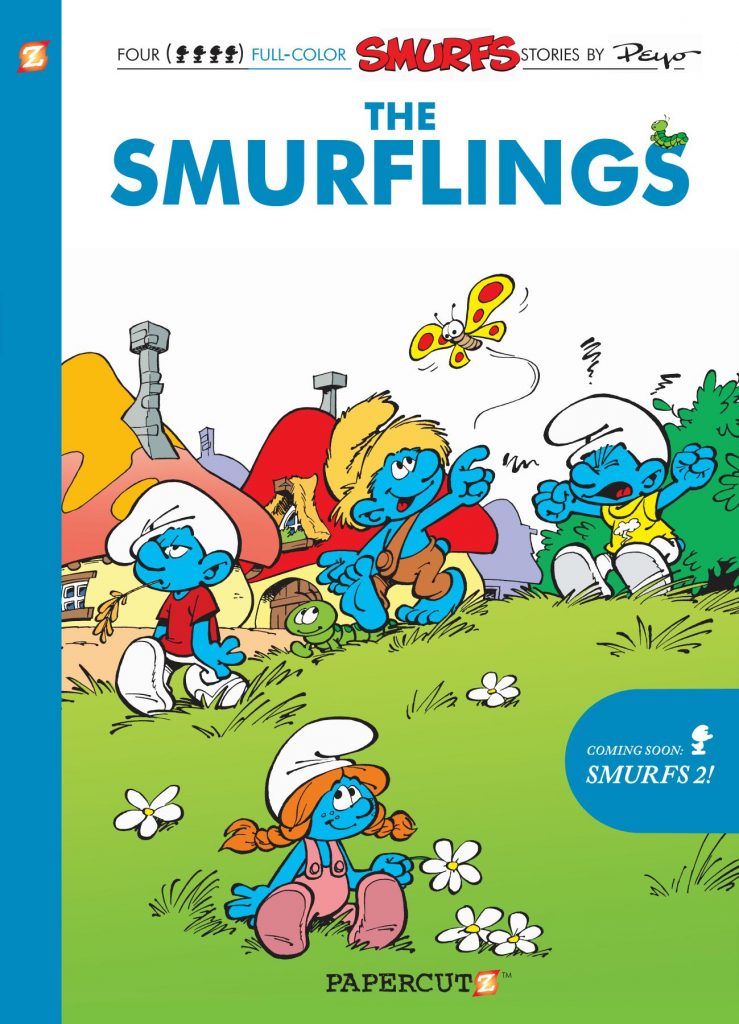 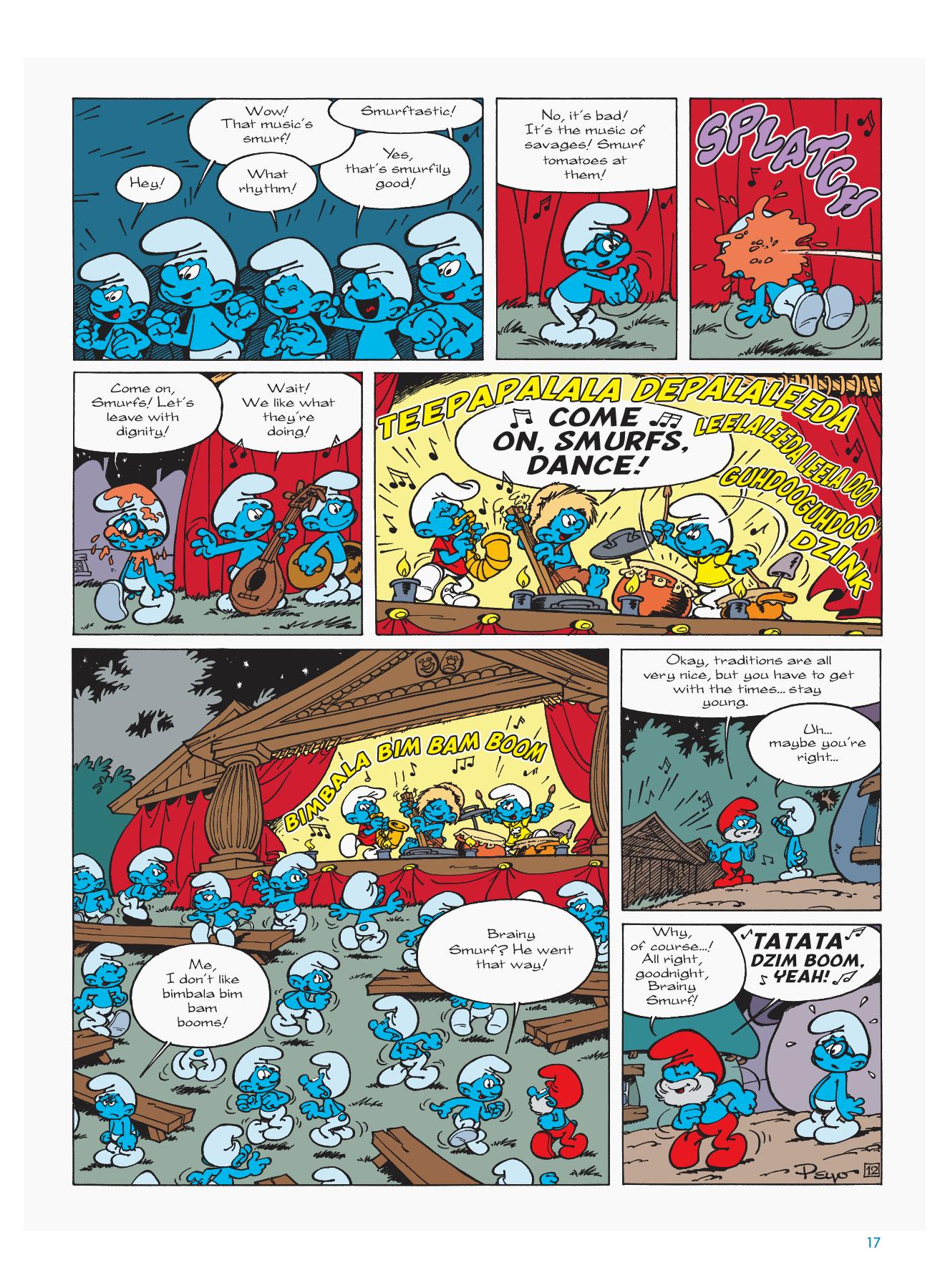 When Peyo (Pierre Culliford) produced the title story for The Smurflings he was in some ways experiencing a new start. The Smurfs animated show with which he’d been heavily involved had come to an end (although episodes still remained to be screened), and he’d recovered from a bout of illness. Part of a reorganisation of his life was that his now adult children would run the studio producing all kinds of Smurf material, leaving Peyo himself to concentrate on the comic stroies again. It had been four years since the previous Baby Smurf, yet over the five years from 1988 he’d produce enough material for four new albums, the sort of schedule he’d last managed in the early 1970s.

A legacy of the TV series was the creation of many individual Smurfs, all named after their primary characteristics, and Peyo moved them into the new stories. Here Natural Smurf, Slouchy Smurf and Snappy Smurf revert to their younger selves, a situation they cheerfully accept. Their transformation makes for an interesting comparison in storytelling styles, Peyo elegantly completing in two pages what in superhero comics would be extended far further. The remainder of the story is a delight, with Peyo examining the generation gap, pulling good variations on recurring jokes, and creating a companion for the Smurfette. In artistic terms that the now younger Smurfs accentuate their individuality by avoiding the standard Smurf clothing is a welcome visual touch. There’s not quite the story density of his earlier material, but this title story is the best of the three longer Smurfs tales Peyo produced in the 1980s.

When originally published, ‘The Smurflings’ was coupled with ‘The Clockwork Smurf’, which Papercutz published in Smurf Soup, so other stories replace it here. ‘The Puppy and the Smurfs’ looks cute, but there’s not much logic or plot. The remaining two stories date from 2001 and the Peyo credited is Studio Peyo. When Gargamel scares some little ghosts from the ruins they haunt, they turn up in the Smurf village just as Jokey Smurf is pretending to be a ghost, and he’s later plagued by a large bird setting up a nest on his chimney. The ghost story is slightly better, being more than just slapstick and outrage, but while the cartooning is good, neither story comes anywhere close to the best Smurfs material.