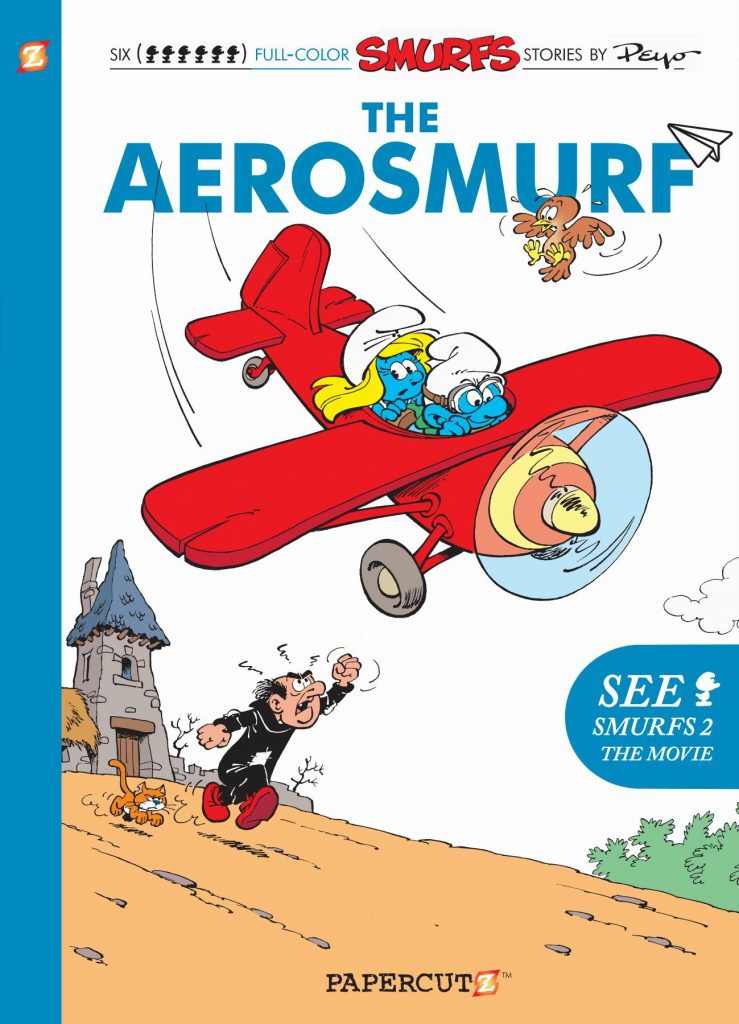 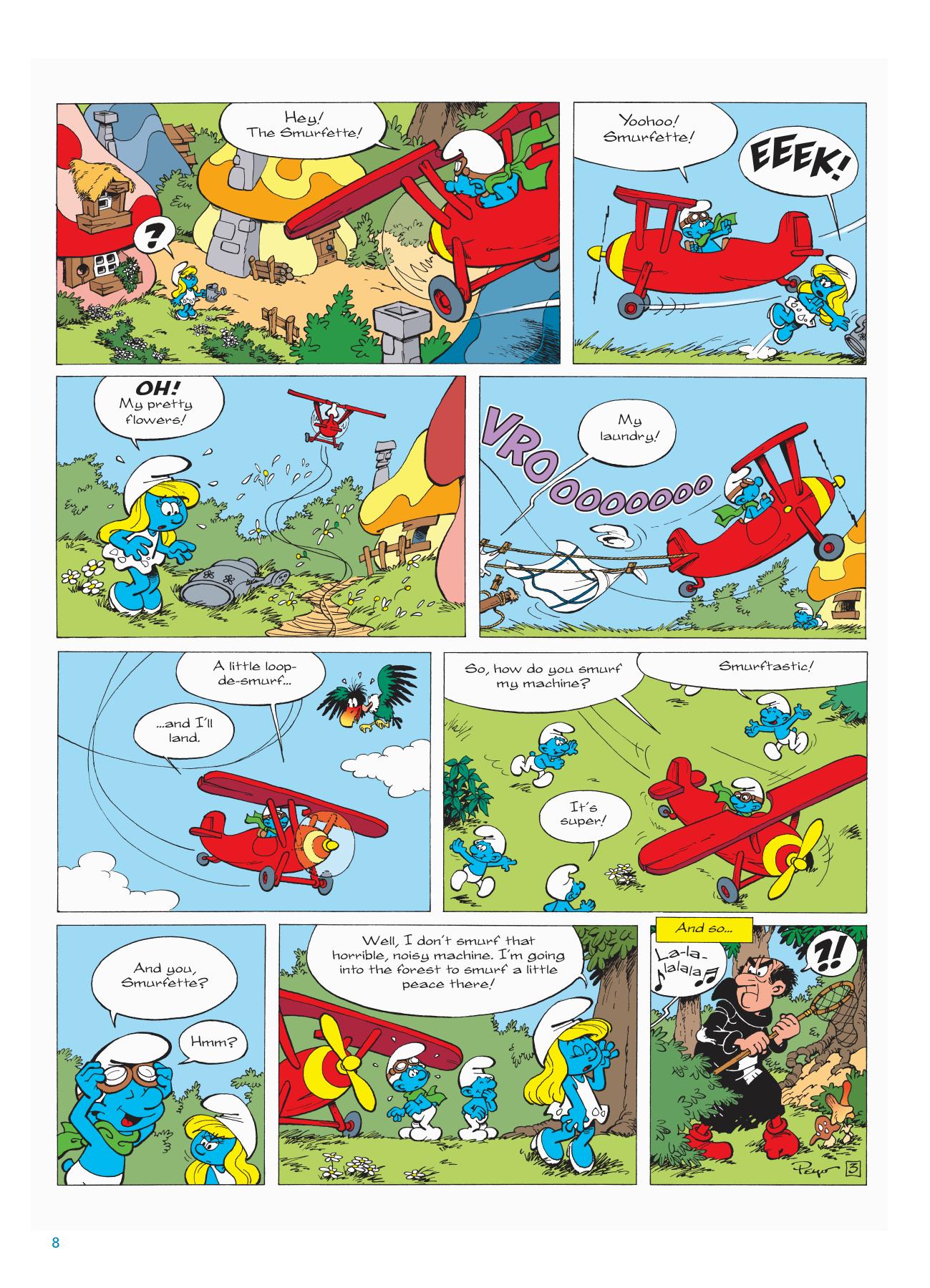 In the middle of a creative spurt on the Smurfs stories that he’d not experienced since the early 1970s, for his title story Peyo returned for inspiration to his earliest Smurfs solo material and a story collected in The Purple Smurfs. A back-up strip featured a Smurf who longed to fly, and this shows he’s not given up his dream. At just eight pages the result is the shortest title story of all the Papercutz Smurfs collections, leaving plenty of room for back-ups of a similar length. So, we have ‘The Masked Smurf’, ‘The Firesmurfs’ ‘Gluttony and the Smurfs’, ‘The Smurf and his Dragon’ and ‘Jokey Smurf’s Pranks’.

Because the strips are all relatively short they’re almost all a mechanism for joining a series of slapstick gags on a theme. The exceptions are the gluttony and Jokey Smurf strips, which have a plot taking the story from the beginning to the end. The same could be said for the dragon strip, but it lacks the plot density, depending too much on Peyo’s always charming drawing than any great theme to the story beyond the idea of a dragon. It’s the gluttony story that’s the standout, the obvious message about greed to reading children failing to drag the joy from a story in which Gargamel comes very close to keeping several Smurfs by preying on their own greed. Gargamel features in most strips, frustrated at not being able to find his own way to the Smurf village and coming oh so close to capturing the Smurfs several times. The cleverest form of his plan being turned back on him is part of the Firesmurfs story, but that’s otherwise a series of obvious jokes.

The grouping of shorter stories is a formula Peyo followed, with another six in the The Strange Awakening of Lazy Smurf.