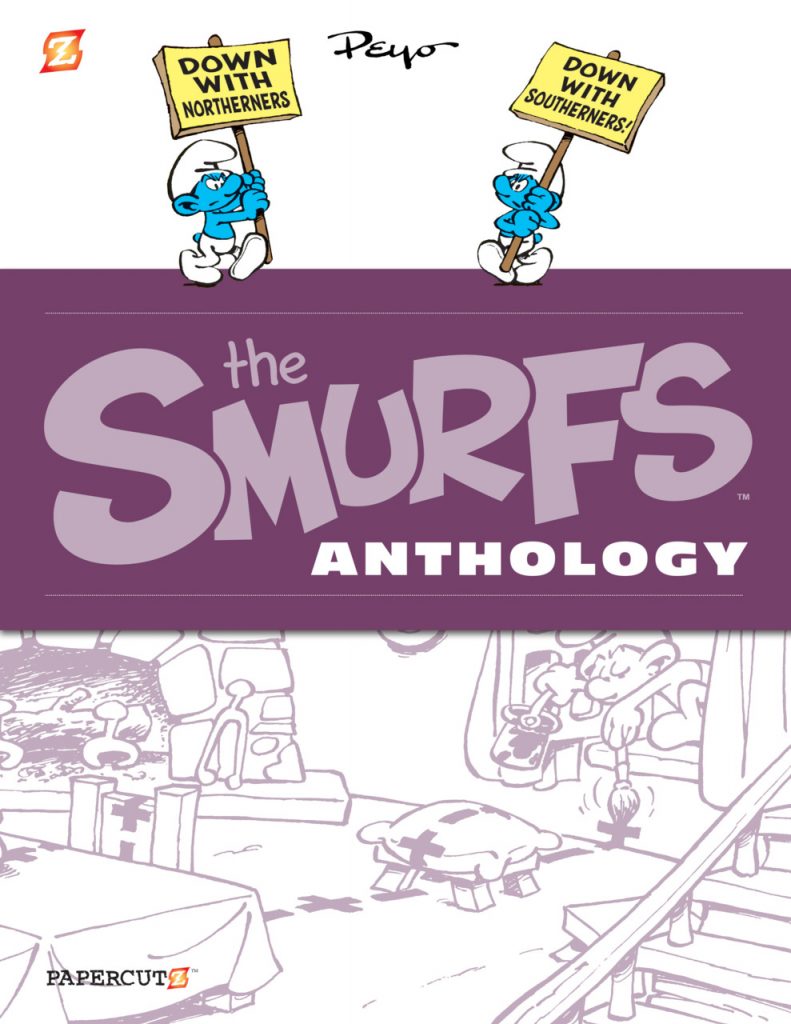 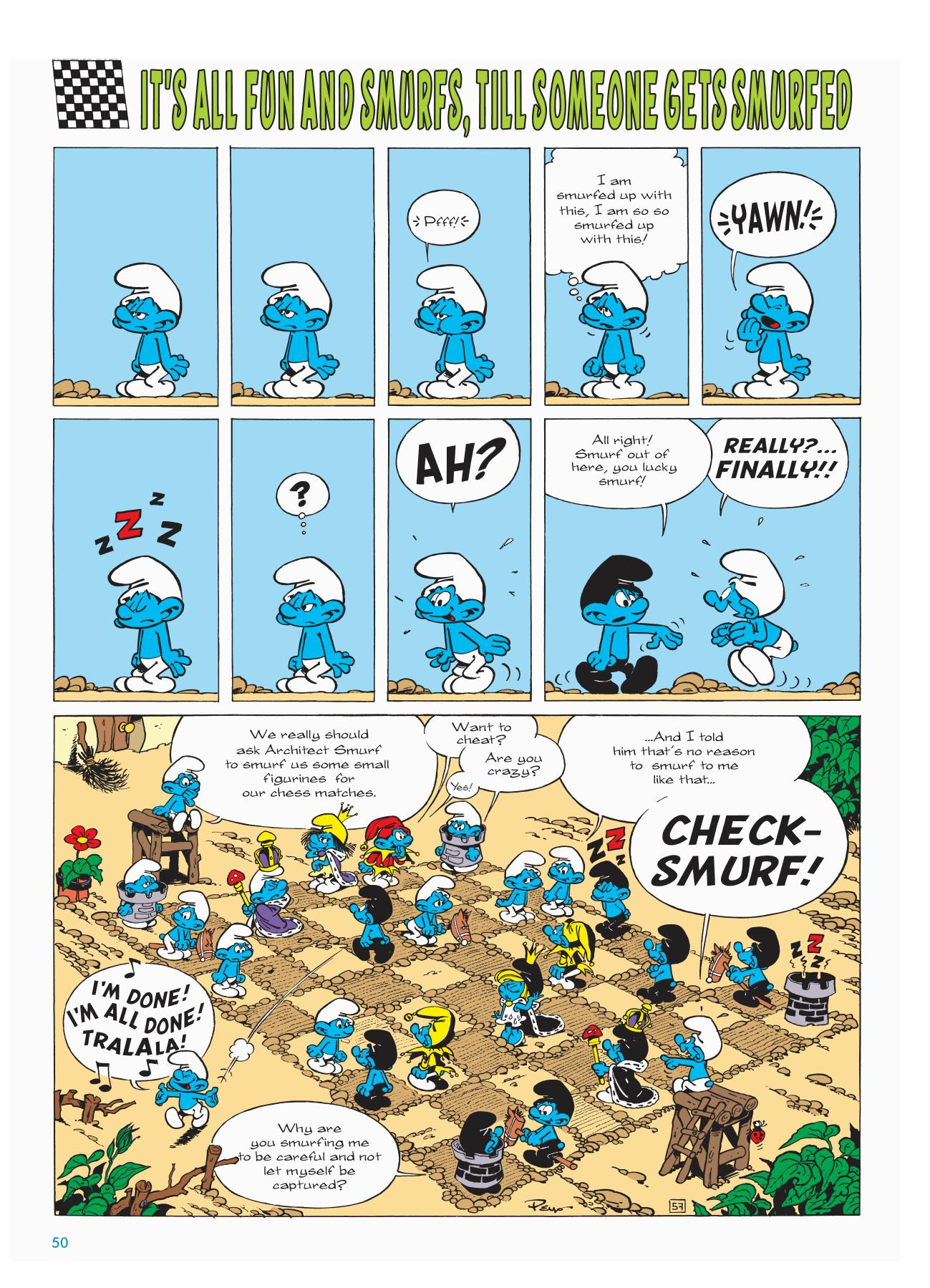 As all the Smurfs appearances in the Johan and Peewit series were featured in the previous Smurf Anthologies, there’s far greater Smurf content in this fifth selection, as their role wasn’t always prominent in the other stories. This presents most of what’s found in The Return of the Smurfette, Smurf Olympics, Smurf vs. Smurf, Smurf Soup and Baby Smurf, the missing material being what was produced by Studio Peyo after Smurf creator Peyo’s death.

These stories cover a considerable span, a dozen years between the 1973 publication of Smurf vs. Smurf and Baby Smurf from 1984, but you’d not know it from the impeccably consistent and delightful art. Writer Yvan Delporte collaborates with Peyo on most of the longer stories, all of which comply with the brief of being funny all-ages entertainment. The style varies. The Olympics story is fundamentally a series of gags strung together with a vague connecting thread, while Smurf vs. Smurf is more structured from start to finish. That’s a step into social commentary by Peyo, produced at a time of considerable friction between the French speaking Walloon population living in Belgium’s South, and the Flemish speaking Northern citizens. Peyo satirises the disputes by reducing them to different uses of the word ‘smurf’ in dialogue. Is it “the smurf opener” or “the bottle smurf”? Over such disputes war erupts.

The Smurf Baby differs slightly in tone from the other longer material. By the time of publication the first Smurfs animated series was a phenomenal success, and the TV studio had begun generating their own stories. They introduced the Smurf Baby to great acclaim, and the story is Peyo’s adaptation of a TV show he and Delporte wrote. It’s very much in his style, and makes good use of Grumpy Smurf.

To those only familiar with the longer stories, it may come as a surprise how skilled Peyo is at producing a single page gag. Titled ‘Smurferies’ in English, Peyo indulges his surreal sensibilities in ways that wouldn’t fit straightforward strips, and is also able to structure a story around a strong visual image such as the sample page chess game. The Smurferies are split into two sections. Those primarily featuring archery and football gags are more limited than the later selection, although admirable for their variations on a theme.

It’ll amount to personal taste when it comes to deciding which of the shorter stories is the best. They’re all well drawn, make good use of the individual Smurf personalities and have inventive plots. The most complex concerns eggs constantly being swapped around as Baker Smurf, Brainy Smurf, and Jokey Smurf concoct a world of confusion between them.

This is a stronger selection of stories for the absence of Johan and Peewit. Peyo may have preferred their adventures to the Smurfs, but he was surely the only person in the world who did. Very little of the Smurfs content here is below par, and Smurf vs. Smurf numbers among the best Smurfs stories. Smurfing entertainment. Or should that be brilliant smurftainment?