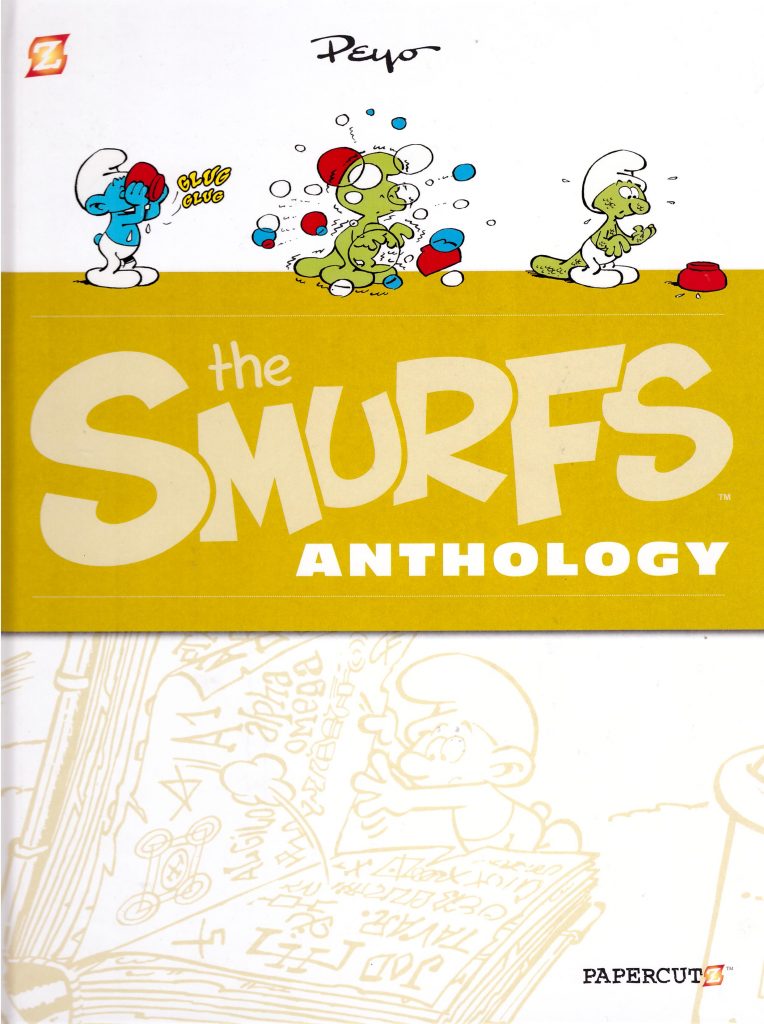 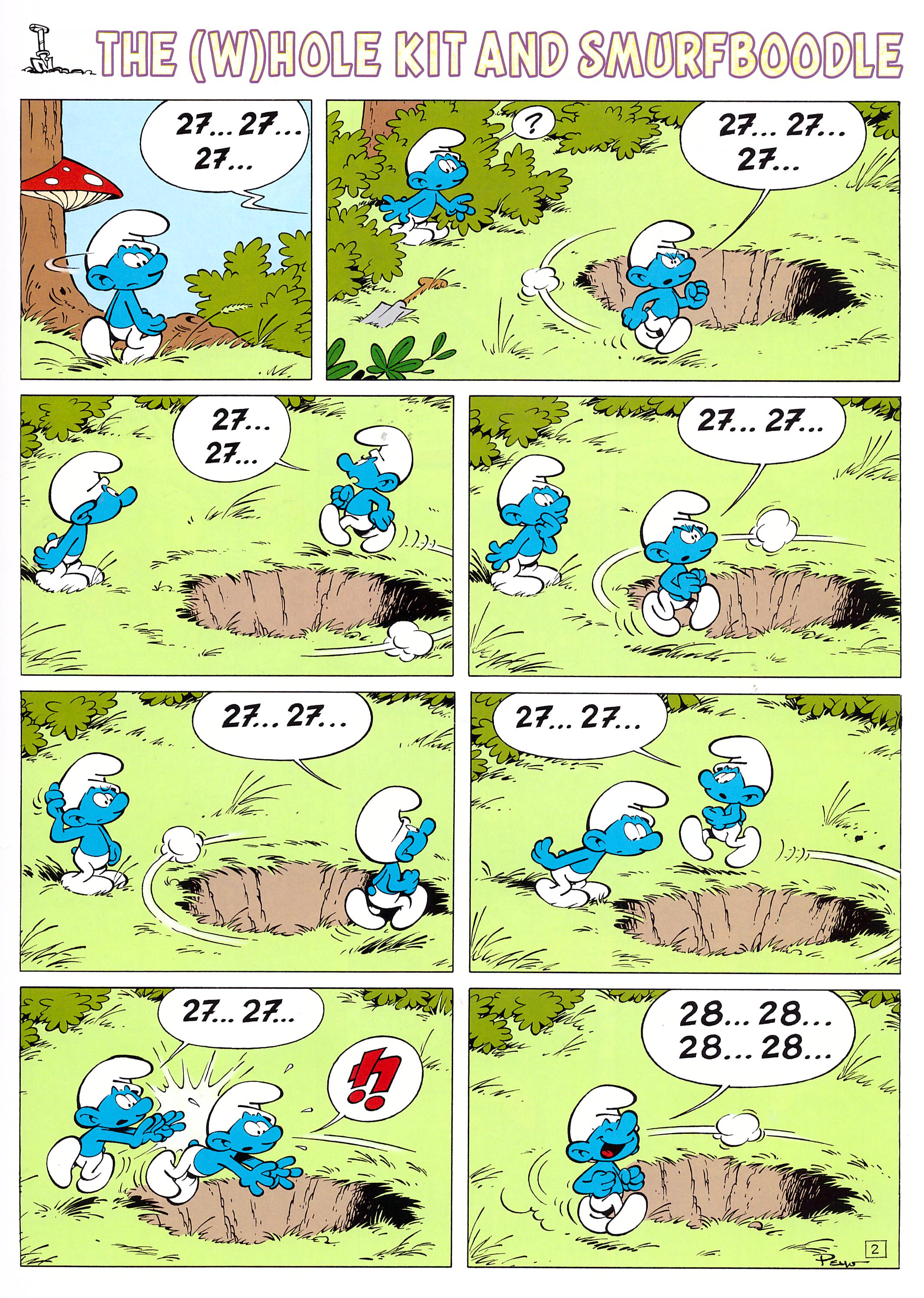 This fourth hardcover Smurfs Anthology is an essential purchase for fans of Peyo and Yvan Delporte as the majority of the content is material unavailable in the smaller paperback Smurfs series. Some one page gag strips appeared in The Return of the Smurfette, and apart from that only ‘The Smurf Apprentice‘ has seen print in that format.

Potions are fundamental to the jokes in that story, and they’re equally important in the Johan and Peewit story closing the book. Baron Moltrochu, an unpleasant nobleman desires to be married to Genevieve of Boisjoly, but she instead loves a handsome knight, so to ensure his path is clear, Moltrochu acquires an alchemist’s potion that transforms the knight into a dog. Crucial to the plot is that the dog can still speak, and chances across Johan and Peewit. Peyo and Delporte work a succession of good jokes about transformations and dogs talking or not talking into a thoroughly entertaining romp. A possible cause for disappointment would be for anyone expecting a large role for the Smurfs, whose participation only occurs from the halfway point. An article details the difficult circumstances under which Peyo completed ‘Moltrochu’s Spell’, and after twenty years of the feature, the final published page in 1970 was the last Peyo would work on.

‘The Smurf Apprentice’ is a good example of the Smurfs not always being kindly, considerate and friendly. The would-be apprentice of the title wants to learn Papa Smurf’s potion making skills, and is pretty selfish and ruthless in his ambition, and a true despot when he believes he can control the other Smurfs. A longer review can be found by following the link, but while unpredictable and funny, the story’s also episodic, a series of gags strung together rather than having a strong narrative thread.

Gags are the theme of the remaining content, which gathers the one page strips Peyo and Delporte produced during the 1960s, collected as the eighth Smurfs album in Europe, but only available in English via this anthology. They’re a tremendous selection, surprising, inventive, economical, and more dependent on the characteristics of individual Smurfs, which means returning particular Smurfs otherwise only seen in longer pieces where their story is told. The Smurfette features here, so does Brainy Smurf and, briefly the Astrosmurf. Jokey and Harmony Smurf’s characters are well suited to gag material, so they’re seen more often. What surprises is that the gags are multi-toned, not all slapstick, and often with a warm charm to them. One has a Smurf painting the perfect sunset, and another has a Smurf unable to conceive a wish at the wishing well because the life of a Smurf is so idyllic. Perhaps taking their cue from silent film comedies a surprising number of gags feature a ladder, all of them good, and unlike the regular strips, Delporte and Peyo often incorporate surreal whimsy to good effect, such as Painter Smurf replacing the items in an other Smurf’s dream thought balloons.

If you only want to buy a single Smurfs Anthology, this is the one. The Johan and Peewit story is good, the gag strips great, and there’s also a decent full length Smurfs tale.