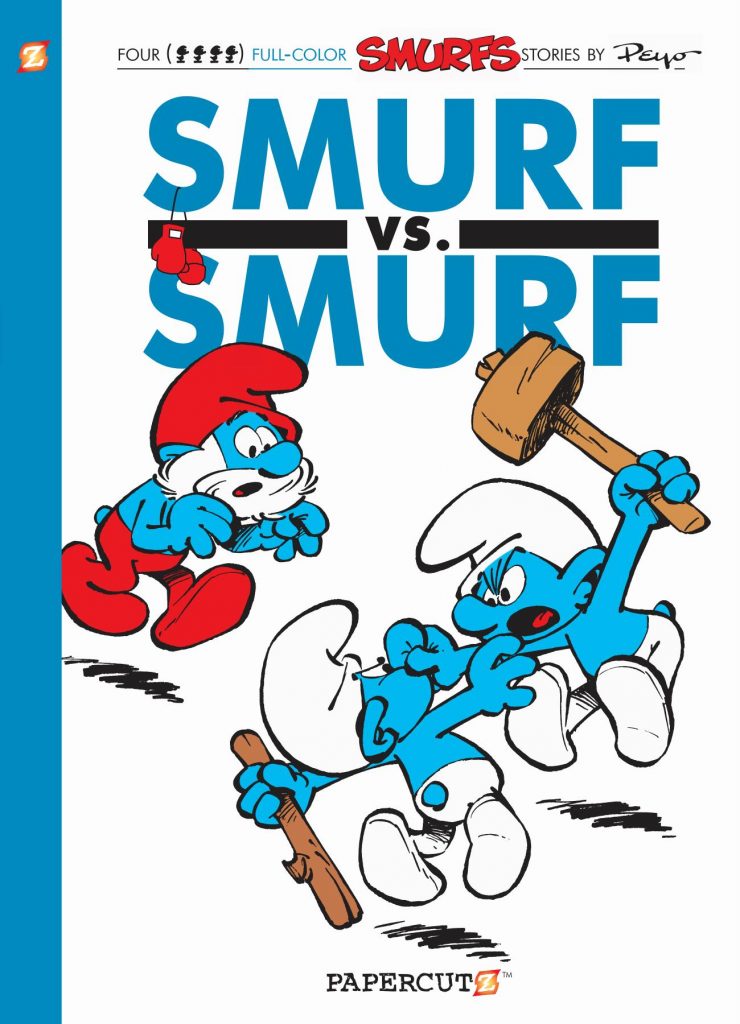 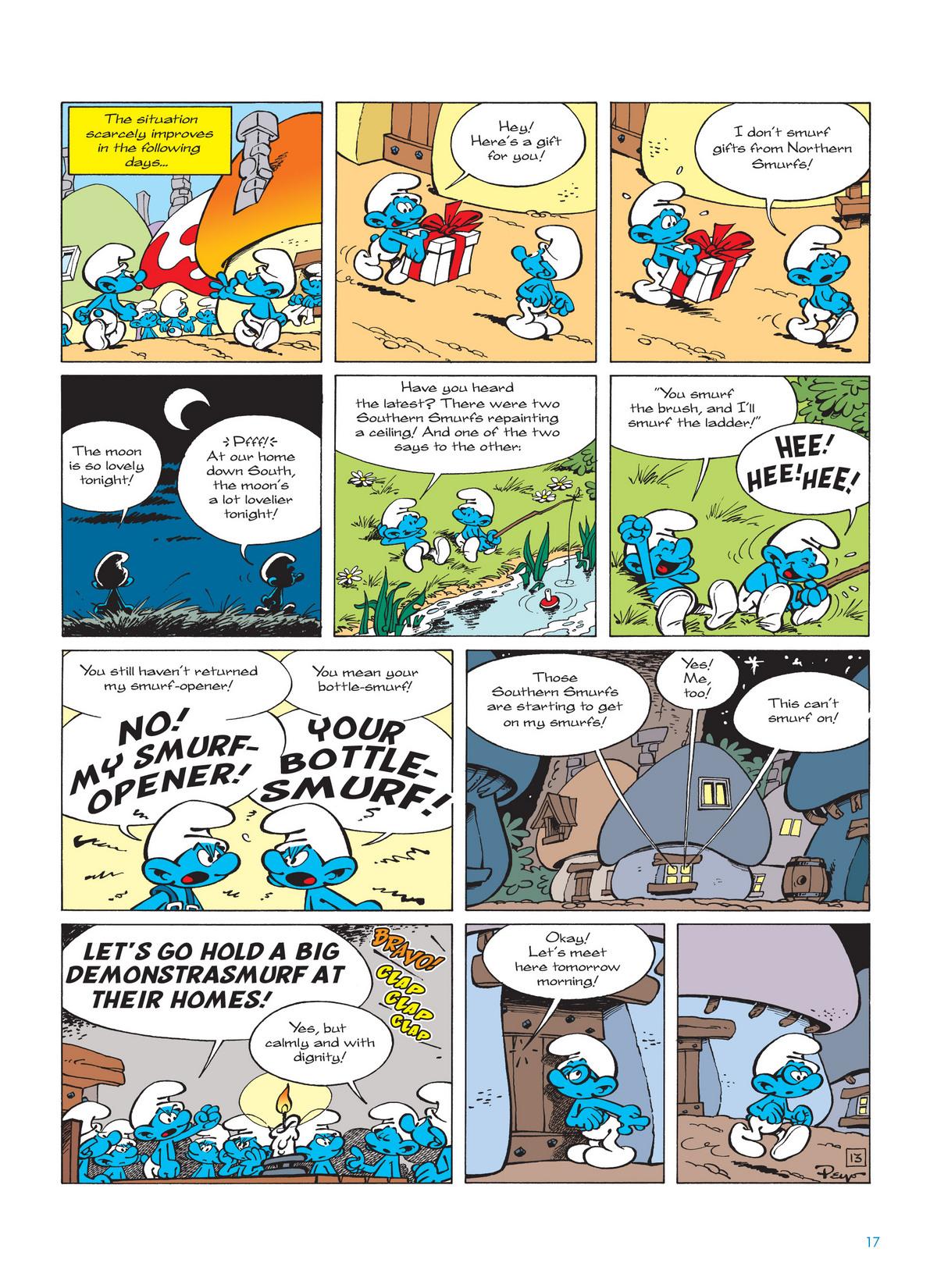 An unusually reflective Papa Smurf opens the title tale, remonstrating with himself for having allowed a situation to spiral out of control, and even more shocking is that he’s calling for help from the Smurfs’ sworn enemy, the evil sorcerer Gargamel. It’s because a schism has developed in the Smurf village, with different phrasing for the same object used in the North and South of the community escalating into fighting.

Peyo and Yvan Delporte’s script was produced at a time when there were tensions in their Belgian homeland between the French speaking Walloon community and the Flemish speakers in the North of the country. The satire stems from the Smurfs using ‘smurf’ to replace all verbs and plenty of other words besides, the useage dependent on which side of the village an individual Smurf inhabits. Brainy Smurf’s intervention is to lecture on grammatical rules, possibly beyond younger readers, while Papa Smurf considers the distinction irrelevant, so after a dressing down diverts his attention elsewhere. As the story continues, other distinctions emerge as tensions escalate, and it seems that it’s beyond Papa Smurf to solve the problem. In real world terms the authors’ solution is an interesting and divisive one, instituting a common enemy to cut through minor squabbles, a practice employed by many governments.

A lot of story is packed into the eight pages of ‘The Painter Smurf’ as we tour around the Smurf village and see how the individual Smurfs decorate their properties. Peyo had a tidy knack for starting a story seeming to be one thing, then successfully switching it at the midway point, and this is an example. Gargamel comes up with a new plan, and, as ever, is the author of his own downfall.

Studio Peyo rather than Peyo himself created the penultimate tale showing the Smurfs away on their first holiday, where on the beach they meet Gargamel’s cousin, which is unfortunate for them. It’s a decent enough romp, nicely drawn, but undistinguished when compared with Peyo’s own work. That’s apparent from the switch and surprise comedy of ‘Easter Smurfs’, concerning three different Easter eggs being swapped around. It’s concise and funny.

Although they’re always beautifully drawn, the quality of Smurfs stories is variable, but Smurf vs. Smurf is one of the better collections overall. All but ‘The Smurfs’ Holiday’ can also be found in the fifth Smurfs Anthology, and the next small sized paperback collection is Smurf Soup.