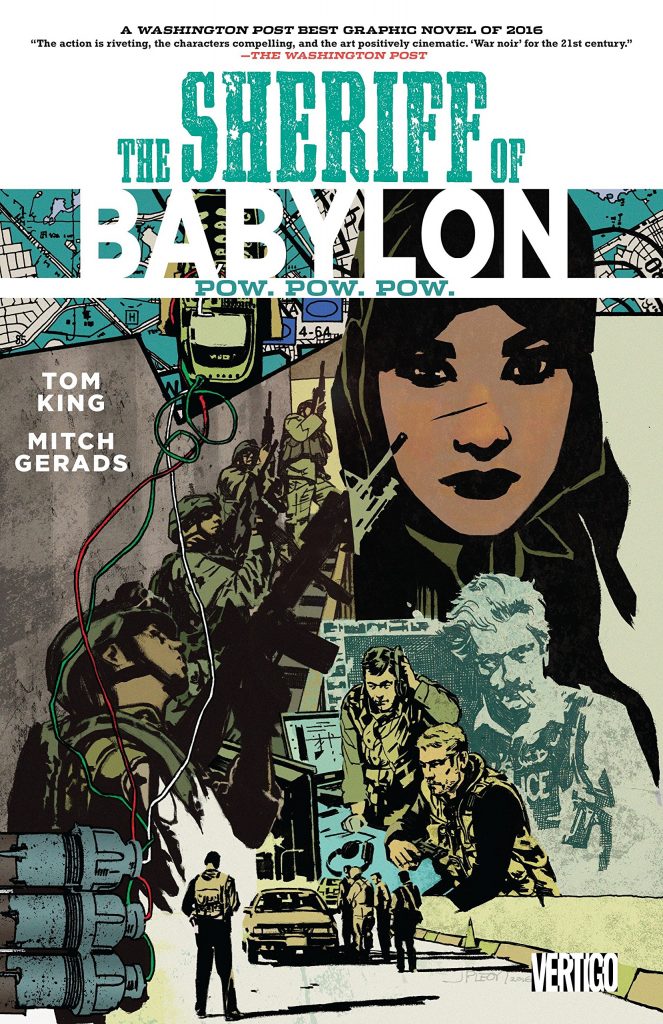 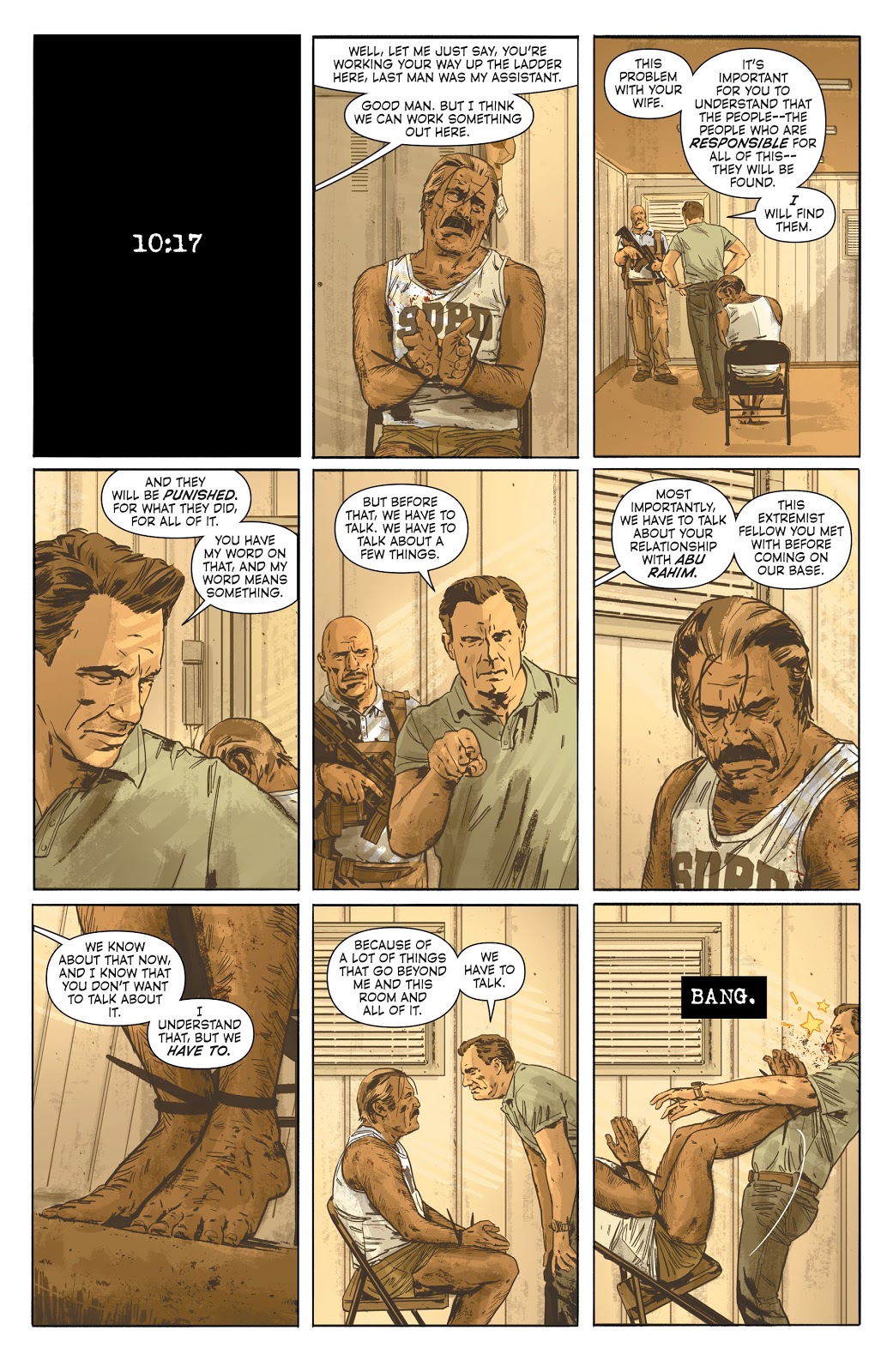 Tom King’s six months serving as an intelligence officer in Iraq and his innate writing talent combined with the superlative illustration of Mitch Gerads in Bang. Bang. Bang. brought home the experience of Americans in Baghdad in the post 9/11 years more resonantly than any news piece. It was a thorough immersion in the frustrations of Christopher Henry, an officer attempting to do the right thing, but stymied by understandable resentment on the part of Iraqis and an inability to completely get to grips with their culture. Christopher represents an invasion force that largely makes far less effort than he does to win hearts, minds and trust. That was brought home to police chief Nassir as Bang. Bang. Bang. concluded.

As Pow. Pow. Pow. opens we’re thrown into a version of the atrocities committed on Iraqi prisoners by Americans, news of which later spread around the world. King’s shaded character construction means we’re aware Nassir has blood on his hands and tragedies in his life, which has been cleverly calculated to feed into our responses and challenge possible preconceptions about what happened to Iraqi prisoners. Whatever your views, Gerads doesn’t hold back artistically in presenting harrowing scenes. They’re explicit, and resonate, yet somehow even more disturbing is a subsequent conversation about a carpet, the irrelevancy of life being underlined. King’s also consistently scathing about the infallible reputation of US military intelligence. “With the army you never can tell”, explains a presumed CIA agent, “but if you need to kick in some doors and take a bad guy, where else are you going to go?” Damning with faint praise doesn’t start to cover the contempt.

It’s already been established that political relationships are complex, while allegiances can shift with the sand, not restricted to the Iraqis. Today’s enemy is perpetually also possibly tomorrow’s friend, and King plays a lot with that idea, if not always obviously, which requires considerable nuance about the way Gerads defines people. At times we’re supposed to trust in their best intentions, and at others not.

As if to underline that The Sheriff of Babylon is a war comic like no other, “war noir” as the Washington Post called it, the final few chapters aren’t a battle crescendo, but a cutting between two scenes as the revelations tumble out. They’re a catalogue of how desensitised some people have become, no longer able to understand humans, just dogma. With most of the violence only in flashback, the tension is near unbearable. With the final chapter still to play out, the wonder is how King and Gerads will top that, although the ambivalence they’ve already supplied us with is more than we have a right to expect for our money. That final chapter is great, from the chance meeting to the final pages being an echo of how the entire story began.

With most graphic novels, even if you like them, there are a few moments that niggle, that might have been handled better. There are none of those moments in The Sheriff of Babylon. It couldn’t have been handled better. It’s intelligent, humane, and terrifying, and a graphic novel to stand the test of time. That being the case, you may want to investigate the Deluxe Edition, combining this with the first volume in hardback.