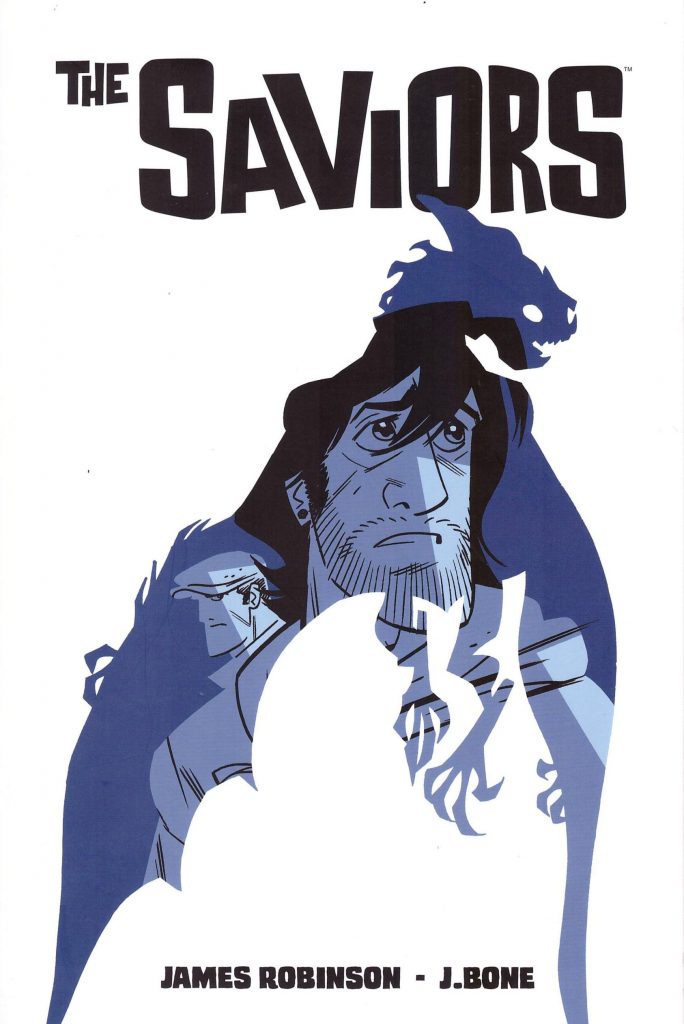 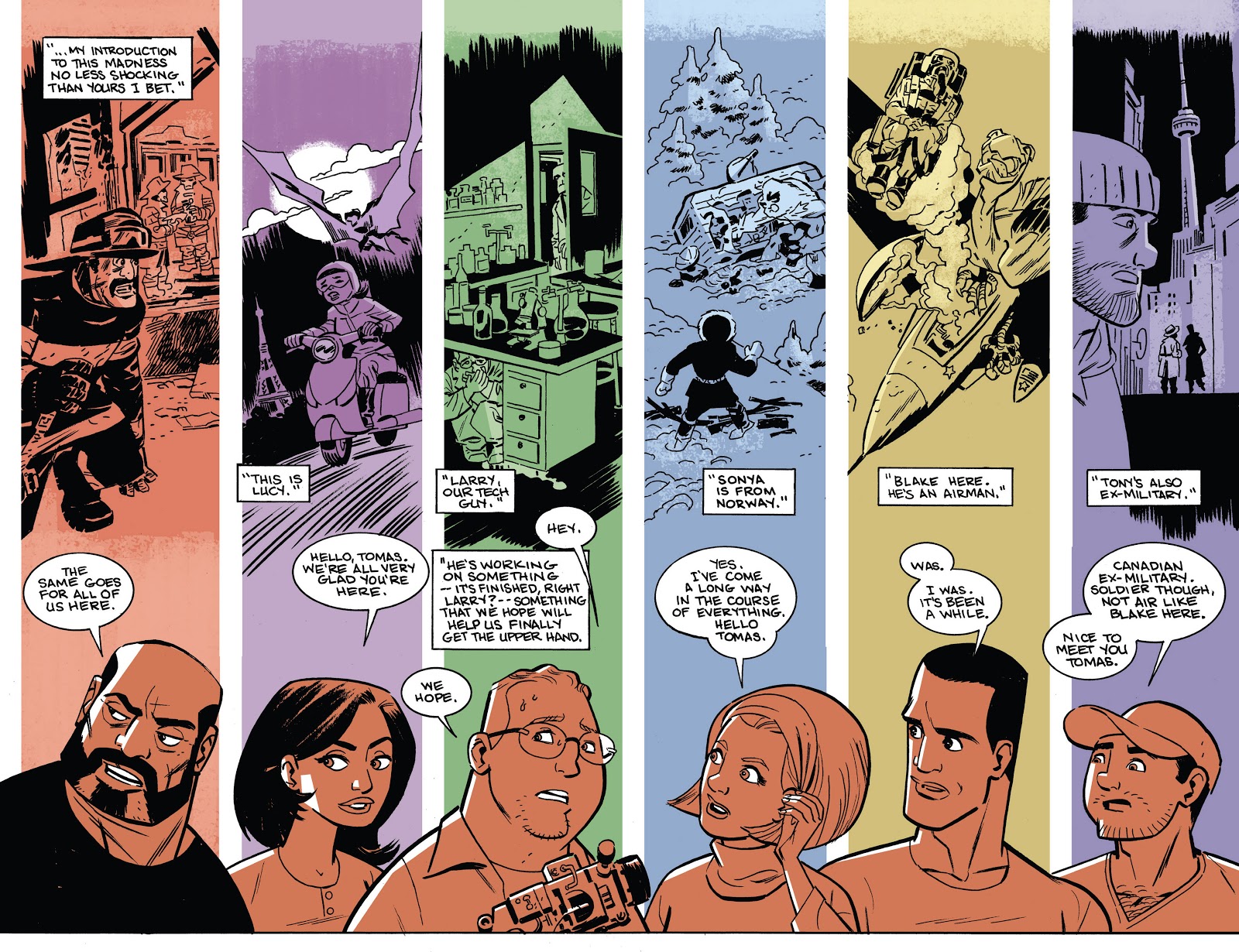 Opening your graphic novel with a confessional introduction noting how you screwed up isn’t advisable. Even more so when it’s slightly deceitful. It’s not his writing James Robinson has issue with, but his lack of marketing intuition when the content was originally serialised. The Saviors reads better when ignoring the enthusiasm-dampening introduction.

Tomas Ramirez lives in a small town, and while some may cite a lack of ambition, he’s happy working at the petrol station and getting stoned. That is until the day he discovers aliens are present on Earth, and have infiltrated the local Air Force base. Naturally enough, his friend advises he lays off the weed a little, but events thereafter move rapidly to life-changing. Others are already aware of the situation, J. Bone’s sample art compactly showing how some of the supporting cast discovered the truth, but crucially not enough people to expose the aliens.

The notion of sometimes telling the story across a spread doesn’t always offer the clarity it ought to, hampered by production sewing the panel edges to close to the internal spine, but otherwise Bone’s under-rated cartooning is lovely. He has a nice way with character design and creates atmosphere from the shadows beautifully, a sequence set during Mexico’s Day of the Dead celebrations providing the opportunity to dazzle with the mood. His choice to begin in black and white and work with the addition of a single colour to each successive chapter adds to the mood, so the look is great throughout. In-story the influence of paranoid 1950s SF cinema and TV is noted, and it’s successfully conveyed.

It’s a terrifying journey of discovery for Tomas, thrown into circumstances beyond his control and dragging him kicking and screaming from his comfort zone. It turns out, though, that he has a strength enabling the first proper dent to be made in what the aliens plan.

Robinson’s introduction notes plans to broaden The Saviors’ world, taking dips into the past, and the set-up indicates a long-term plan rather than a race to the finish line, but eventually these five chapters and a short story are all there’s ever going to be. As such it’s some neat moments, diverting without being compelling.