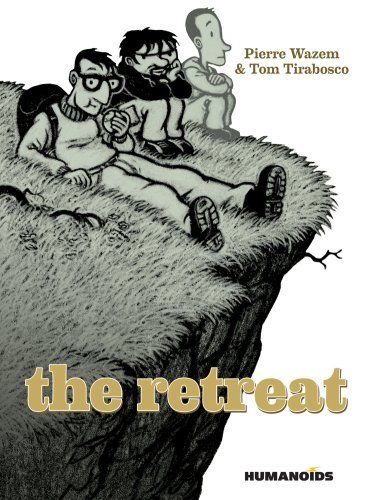 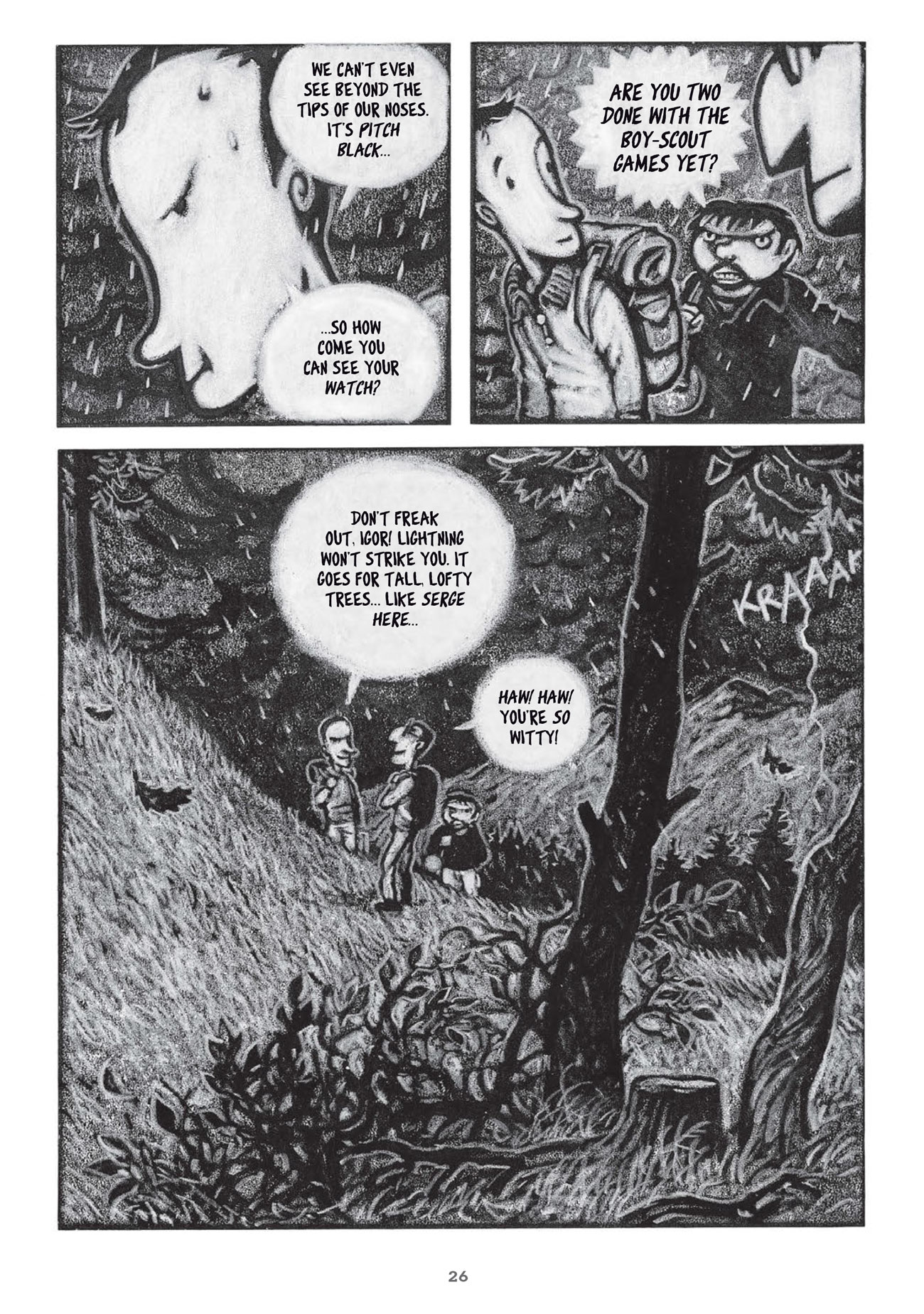 Igor and Serge are on a pilgrimage. They’ve borrowed the keys to the family retreat of their friend Matt, who accompanied them there the last time they visited. This wasn’t too long before, and The Retreat is about three friends in their late twenties hanging out. A catch-up has been long overdue, and they’ve considerable gaps in their knowledge about what their friends have been doing. The solution is to walk to a lonely hut up a forested hill in a remote area of Bordeaux and spend some time together.

Pierre Wazem establishes that Igor, Matt and Serge, although of differing temperaments, are three people who’re comfortable with each other, who can disagree without it ruining their evening. There’s a cynicism about all of them to some degree, and they prod each other, knowing the buttons to push ensuring a response, yet those responses can be surprising and thought-provoking. “What is it that grabs you about photography?”, Matt is asked at one point. After consideration he replies “Capturing fleeting moments to highlight the approach of death”. He’s the most idealistic and reflective of the three, while physicist Serge only has a belief in empirical evidence yet falls in love easily. Igor is a career nurse, but smokes, and has a secret he’s been keeping from Serge. Wazem’s well considered dialogue is incisive and revealing,

A bantering relationship is established not just by conversation, but by Tom Tirabosco’s intuitive cartooning. His individual designs for the trio of protagonists are adaptable to all visual angles, and their personalities transcend the greyness of the charcoal style grey wash used to portray them. He also thoroughly embeds the cast in their lonely environment, Wazem weighing passing individual concerns against the permanence of the landscape. It’s isolated and beautifully realised.

The Retreat is a clever piece of writing. While ostensibly very little happens, an intimate knowledge of the cast has been supplied by the end, and Wazem’s not above playing a trick on the readers as he shifts the story back and forth between present and past. He also seeds doubts. On one level Matt’s dialogue can be taken at face value, merely coincidental considering his fate, yet enough reasonable doubt exists that he’s dropping small hints and has invited his friends to a wake. Coping with loss is considered in a refined manner that will surely affect any reader who’s recently experienced a loss themselves. Was it Wazem’s method of coping with loss? An exorcism and a eulogy? It’ll surely be confirmed or denied somewhere online (possibly in French, though). Either way he and Tirabosco have created a sensitive piece of work that’s a simple, heartfelt and memorable character study.