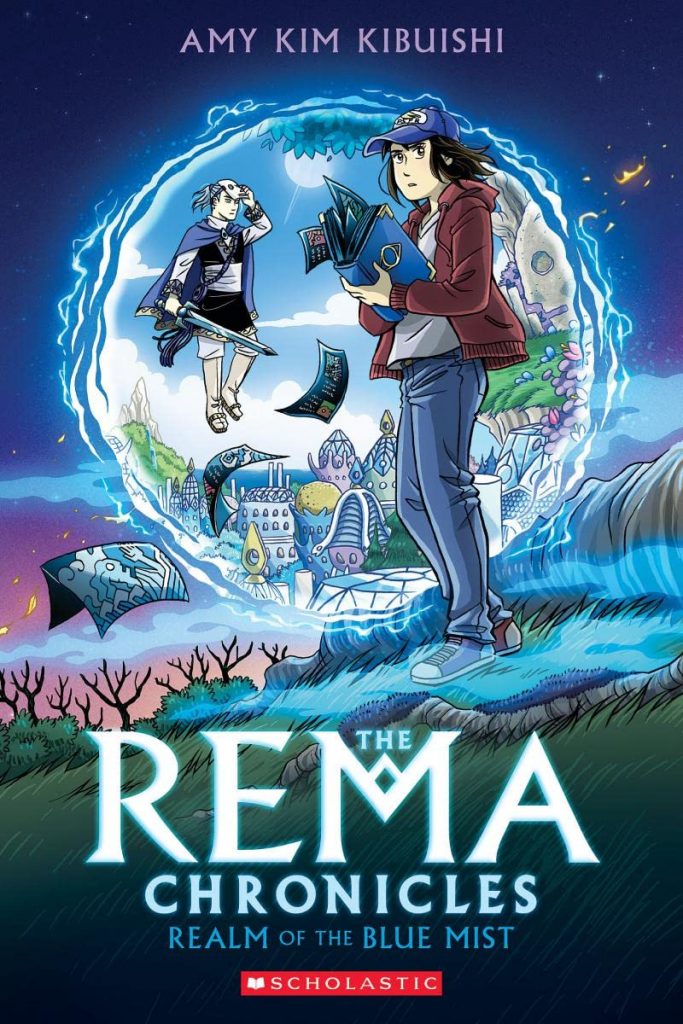 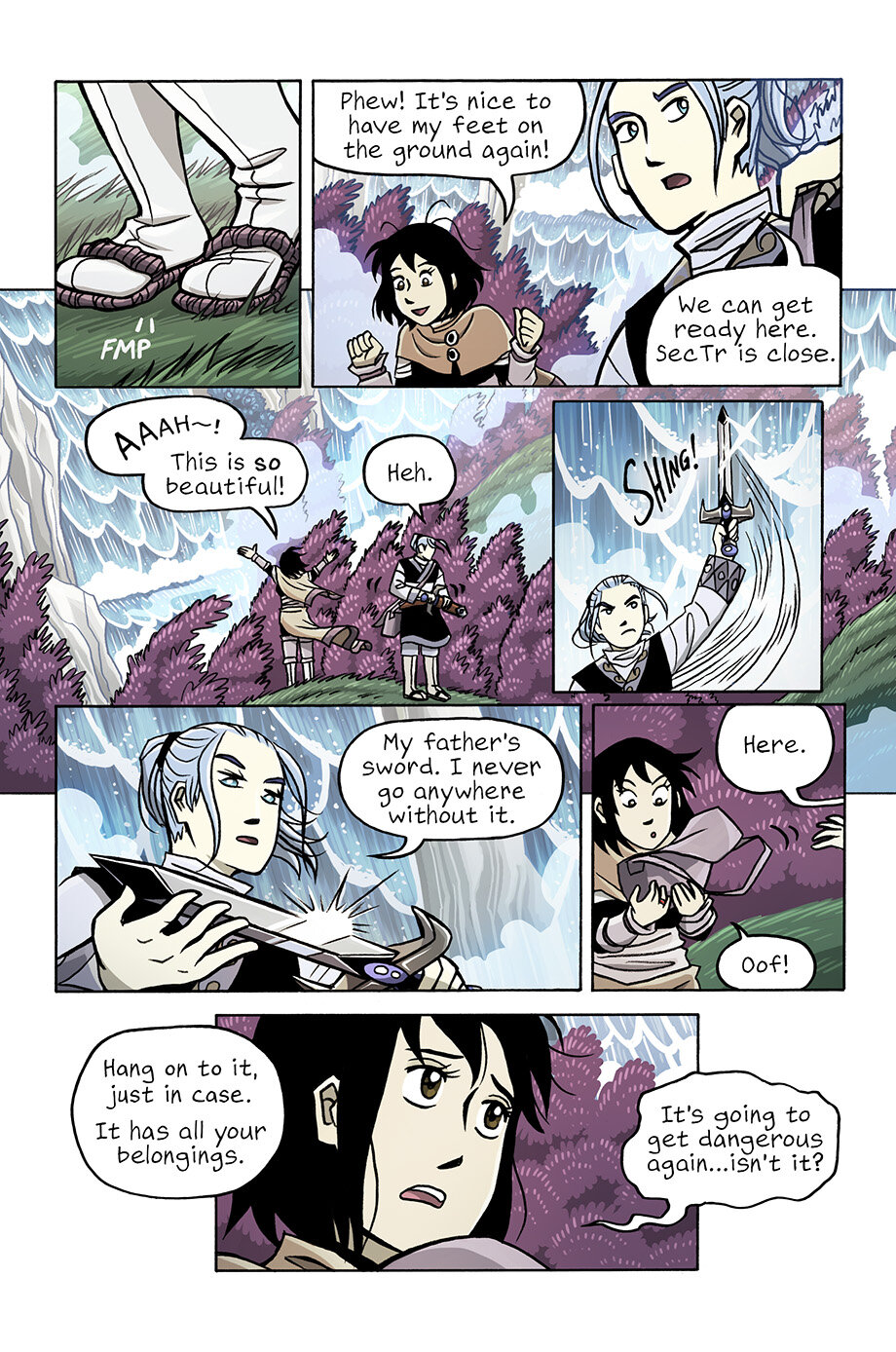 As more and more young adult graphic novels are released, fantasy is an increasingly common genre, meaning any new entry really has to stand out. The Rema Chronicles does. It’s apparent from both plot and art that Amy Kim Kibuishi has spent considerable time on development, as there’s a convincing background where much of what’s revealed obviously still has a part to play in further volumes.

Tabby Simon is the focus, the curious eyes through whose experiences a new world and its complications are introduced. She’s on stage throughout Realm of the Blue Mist, and if she doesn’t see something, neither do readers. Tabby is sympathetic from the start, in her mid-teens, still grieving a father who died in mysterious circumstances several years earlier, and regularly sneaking into the quarantined area where that occurred. To instil a sense of creepiness, crows with five eyes have developed there. She also sees ghosts, one of which eventually pulls her through a doorway into Rema, a very different world where magic is commonplace.

Kibuishi has around 250 pages to play with, but the sheer amount of world building included in that is impressive, yet never through neglecting the character-based plot. Tabby’s guide to Rema is Phillip, leading a complicated life where he’s a rare individual naturally good with a forbidden form of magic, yet entrusted with a responsibility and not wanting to associate with rebels using magic. His conflicts are reflected, although to a lesser extent, in many others introduced on Rema, and Kibuishi ensures no-one with a part to play is two-dimensional.

This is partly achieved via very expressive cartooning. There’s a manga influence to the people, but Western comics storytelling is otherwise prominent, with background detail and a lot packed into the pages. Kibuishi ensures her world is one of beauty and splendour, and there’s a consistent approach to design. While the story is mainly told through the cast, there’s an occasional impressive page where the locations are seen in greater detail, and in the back of the book there’s a map of Rema’s main city showing places already visited and some with a part still to play.

By the time Realm of the Blue Mist draws to a close Tabby has learned a lot, not least of which is that she’s somehow relevant to the ongoing tensions of Rema.

The Rema Chronicles engrosses and captivates, and a preview of next volume Kingdom of Water is supplied in the back 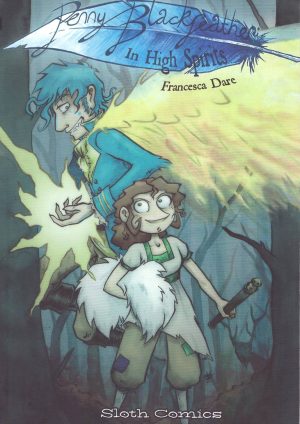 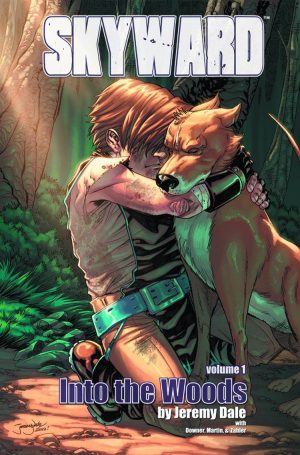