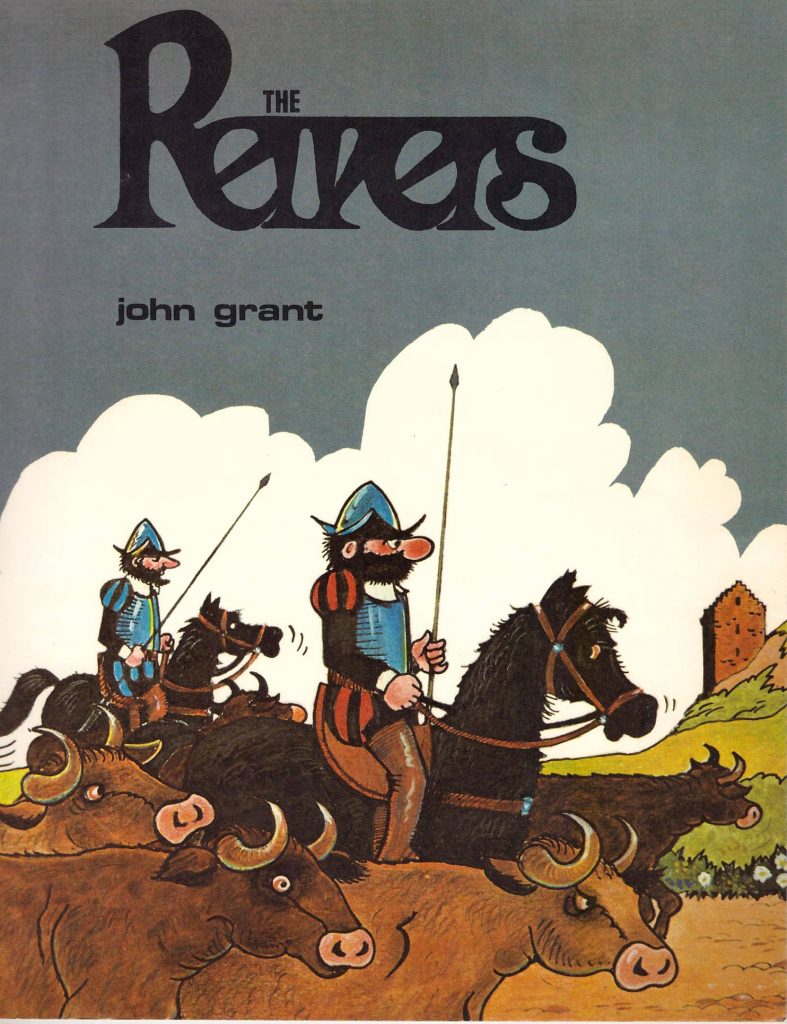 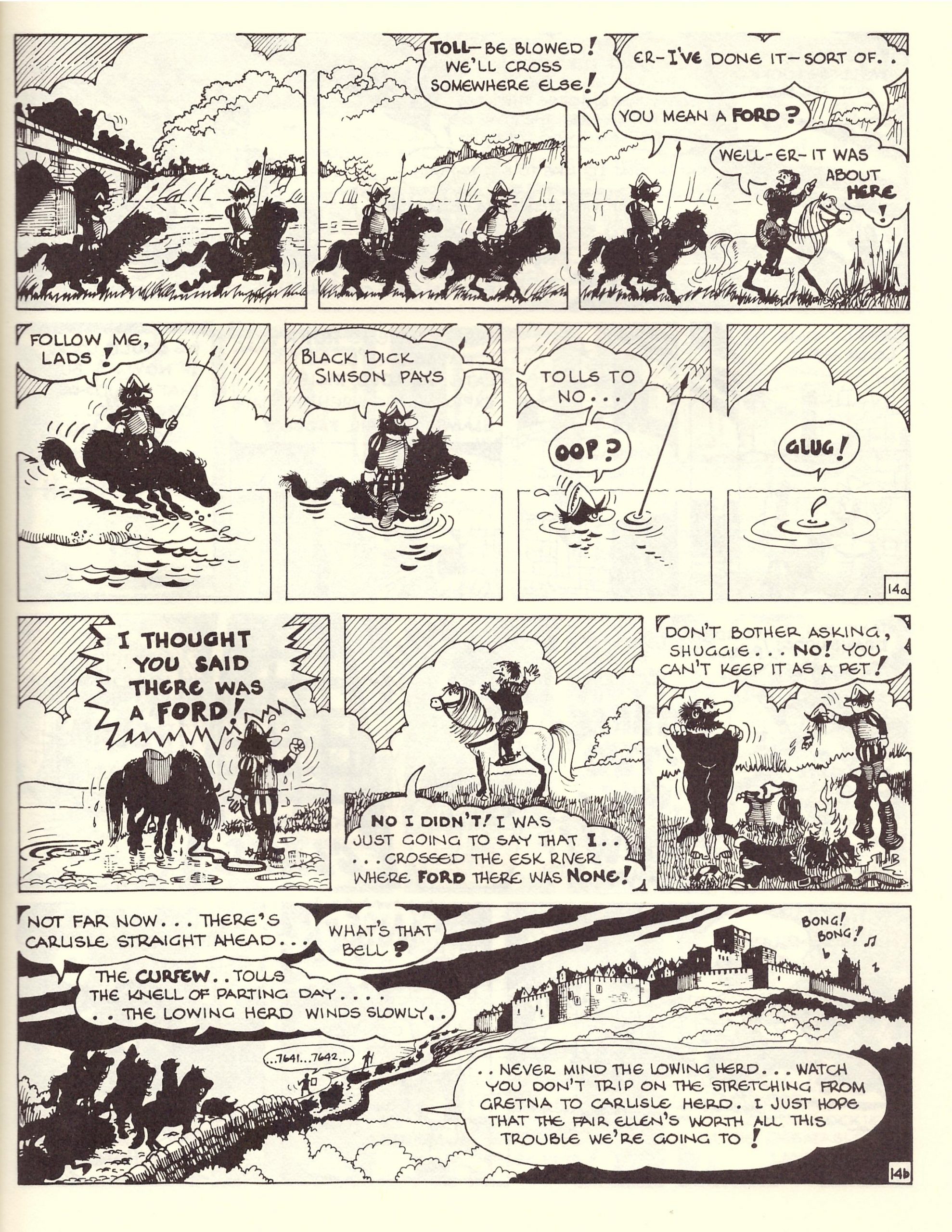 The Reivers is a real oddity, a comedy graphic novel published in 1981 considerably before they were commonplace, and the work of a Scottish children’s book illustrator, John Grant best known for his long-running Littlenose series. This is a comedic view of border skirmishes between England and Scotland when they were separate nations in the 1500s. One area remained undefined, known as the Debatable Land, and that’s where the Reivers operated, gangs usually related to a clan who preyed on others, with cattle acquisition a priority.

Grant follows the Simsons of Kilnockie as they head out, their own larders empty, and along the way they meet the young Lochnivar, Jewish poet Rabbi Burnz and the young Guy Fakwes among others. He sets that plot around the fate of the fair Ellen, due to marry, but actually pining for the young Lochnivar. Into that Grant feeds in many contemporary references, some universal in 1981, but now little known, such as the Charles Atlas ads, and others like Hertz, who’ve remained with us.

Some illustrators coming to comics struggle with the storytelling, but Grant has no problems, his simple cartoon figures, almost always seen from distance, occupying packed panels and moving smoothly from one to the next. The jokes are largely Dad jokes, but after a pint or two the thought of poets facing an extra bridge toll and the Kirkudbright Triangle are funnier as the Simsons sow confusion wherever they head.

The adult rating is down to a few panels featuring a naked woman seen from distance, which is a strange inclusion in a book otherwise suitable for children and presumably aimed at them, as it has the feel of being influenced by Asterix. It’s a first graphic novel, and presumably wasn’t successful enough for Grant to spend his time producing any more, but the seeds of something good are present, just as they were in the early Asterix books, so that’s a shame. 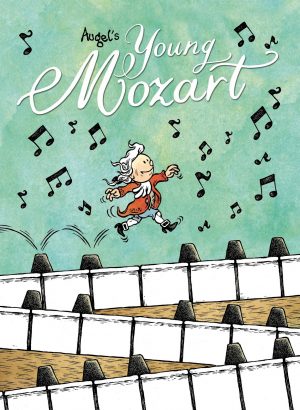