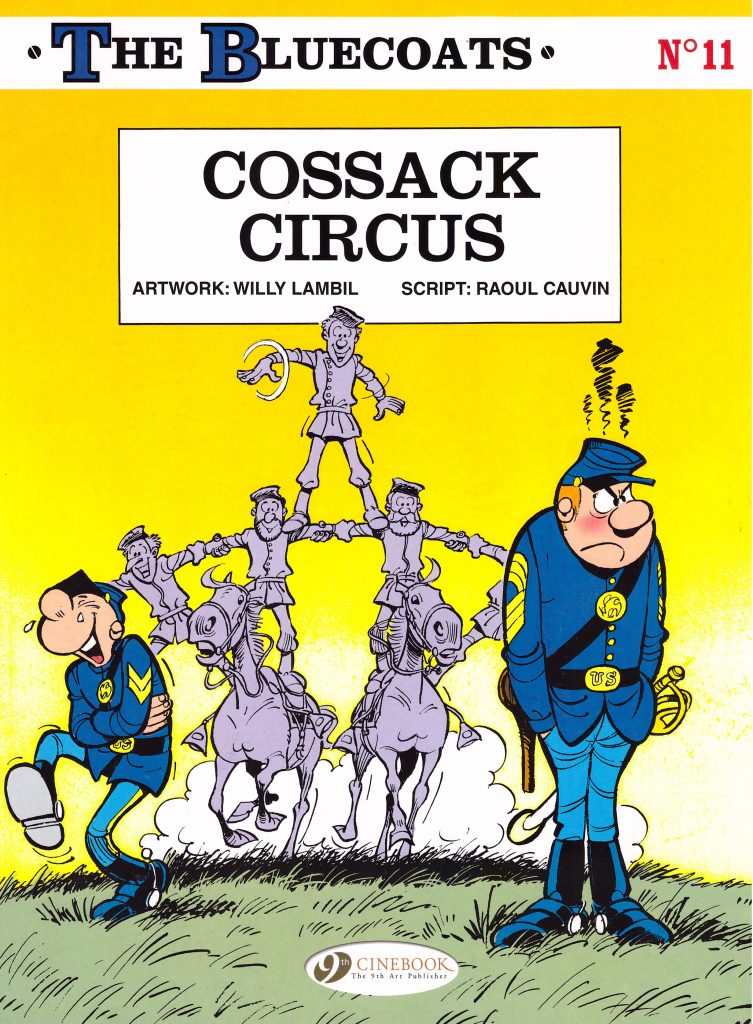 Once again the result of Captain Stark’s cavalry charges has been to decimate his own Union forces in this US Civil War era comedy. He’s distraught at the lack of replacements available, so Chesterfield and Blutch are sent to train some new recruits, Cossack immigrants who don’t speak any English. As the cover shows, however, their horse riding skills are beyond compare. As ever, the central conflict is between Sergeant Chesterfield’s inclination to follow orders blindly and the lower ranked Corporal Blutch’s capacity to know right from wrong.

While Willy Lambil’s cartooning was polished from the time he started drawing the feature, Raoul Cauvin took some considerable while to raise the writing quality beyond an average collection of slapstick scenes. Cinebook not following The Bluecoats’ original publication order results in two steps forward, one step back as far as quality is concerned in the English language editions, so Cossack Circus isn’t as good as the several previous English translations. It relies too much on repeating the same joke about the Cossacks’ circus talents for riding, which certainly gives Lambil striking visuals to create, but that’s the compensation for a script that takes the easy route.

Lambil’s art is as delightful as ever, an almost effortless smoothness about the way his line creates personalities, and there’s a convincing grace about the way people and horses move. He never takes the lazy choice of avoiding backgrounds, and when he opens up into half page illustrations they’re full of life. Why he’s not better known outside Europe is mystifying.

The David is the next album, the furthest into the continuity for Cinebook so far, and the work of Cauvin several years older and more experienced. 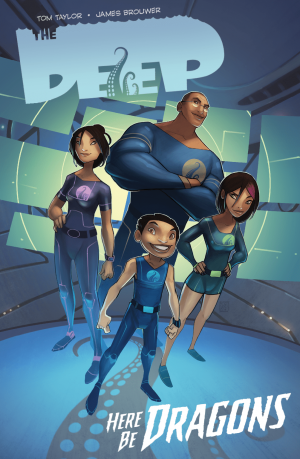