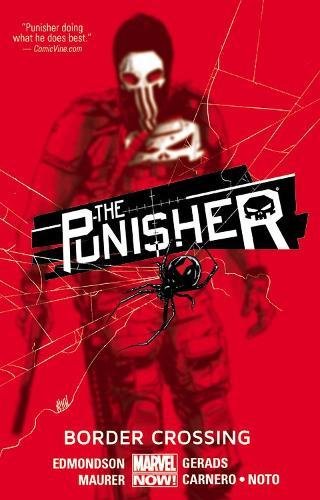 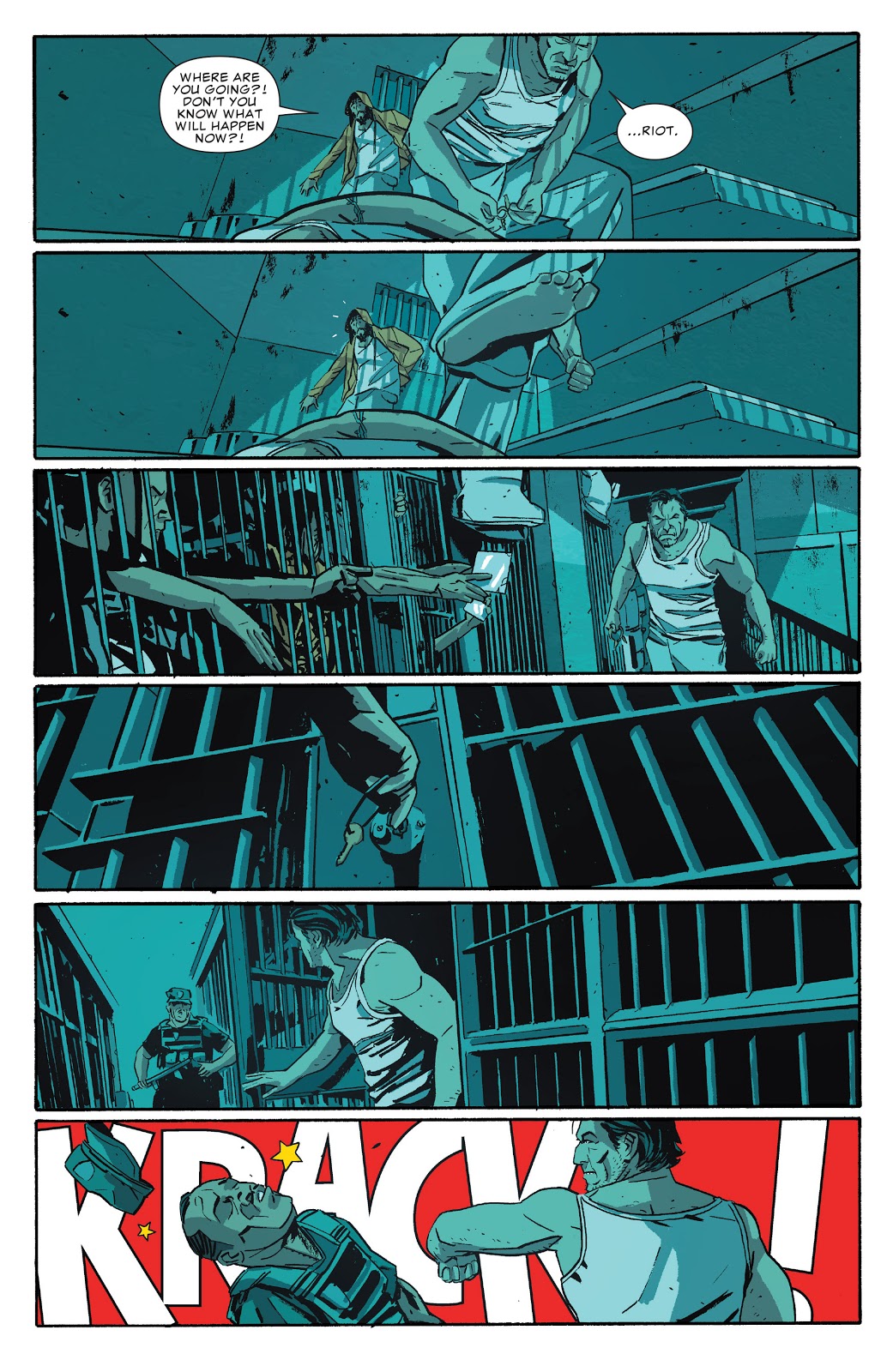 After a sparkling first outing it’s surprising to see Nathan Edmondson taking on historian Kevin Maurer as a co-writer, and the results are patchy. The opening two-parter continues directly from Black and White with an injured Punisher needing help when having his wounds seen to in Mexico and running up against the local ganglord out for a buck. Perhaps the plot is down to Maurer, credited first on the serialised issues, as it’s a generic outing by the Punisher’s standards, and as good as he is, artist Carmen Carnero is no Mitch Gerads.

There is improvement with Edmondson back writing solo and Gerads back on the art, although via the speed bump of a Black Widow story, which suffers from the same problem as when included in her collection The Tightly Tangled Web. Edmondson basically tells the same story twice from two different viewpoints, and while it’s interesting to see Gerads and Phil Noto essentially interpreting the same script it’s not interesting enough.

Once we rejoin the Punisher in a Central American jail things pick up for Gerads being fully back on the art, but to some extent that’s a distraction as Border Crossing continues to impress in places while stuttering in others with the occasional misjudgement. The most egregious is Frank Castle sick of the whole situation he’s got himself into and considering throwing in the towel. While this is an entirely natural reaction for most people, it rings hollow when applied to the Punisher. A couple of smaller mis-steps are also evident. In addition to the action of the Punisher jailed, Edmondson keeps tabs on what’s going on in Los Angeles during his absence. Much of that is setting up what follows in Last Days, but while by the cliffhanger end we can see how things are coming together, Border Crossing is the saggy middle section of Edmondson and Gerad’s trilogy.