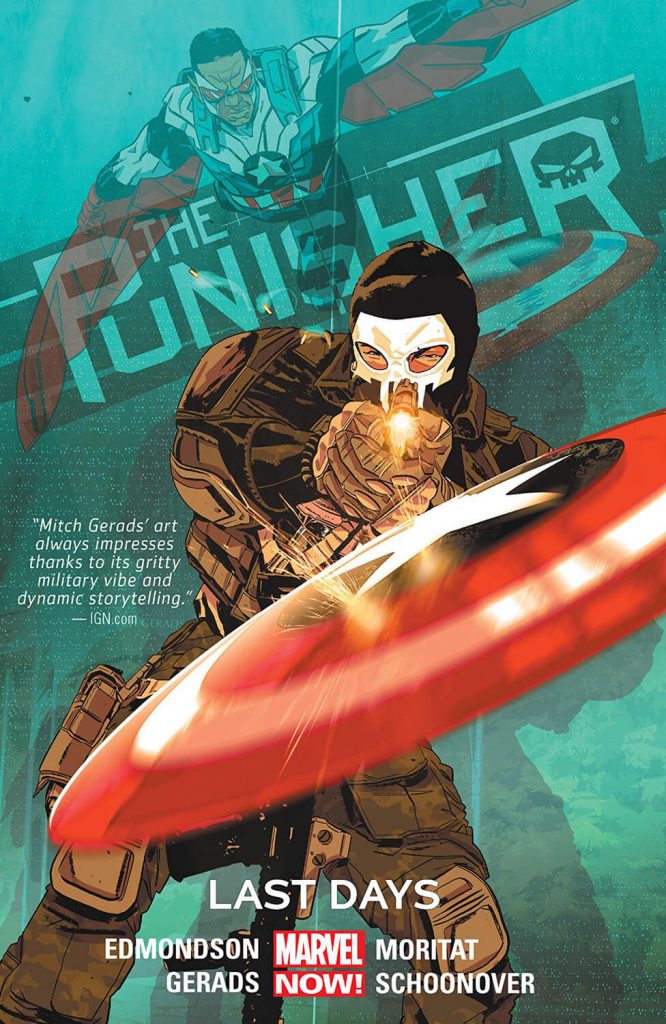 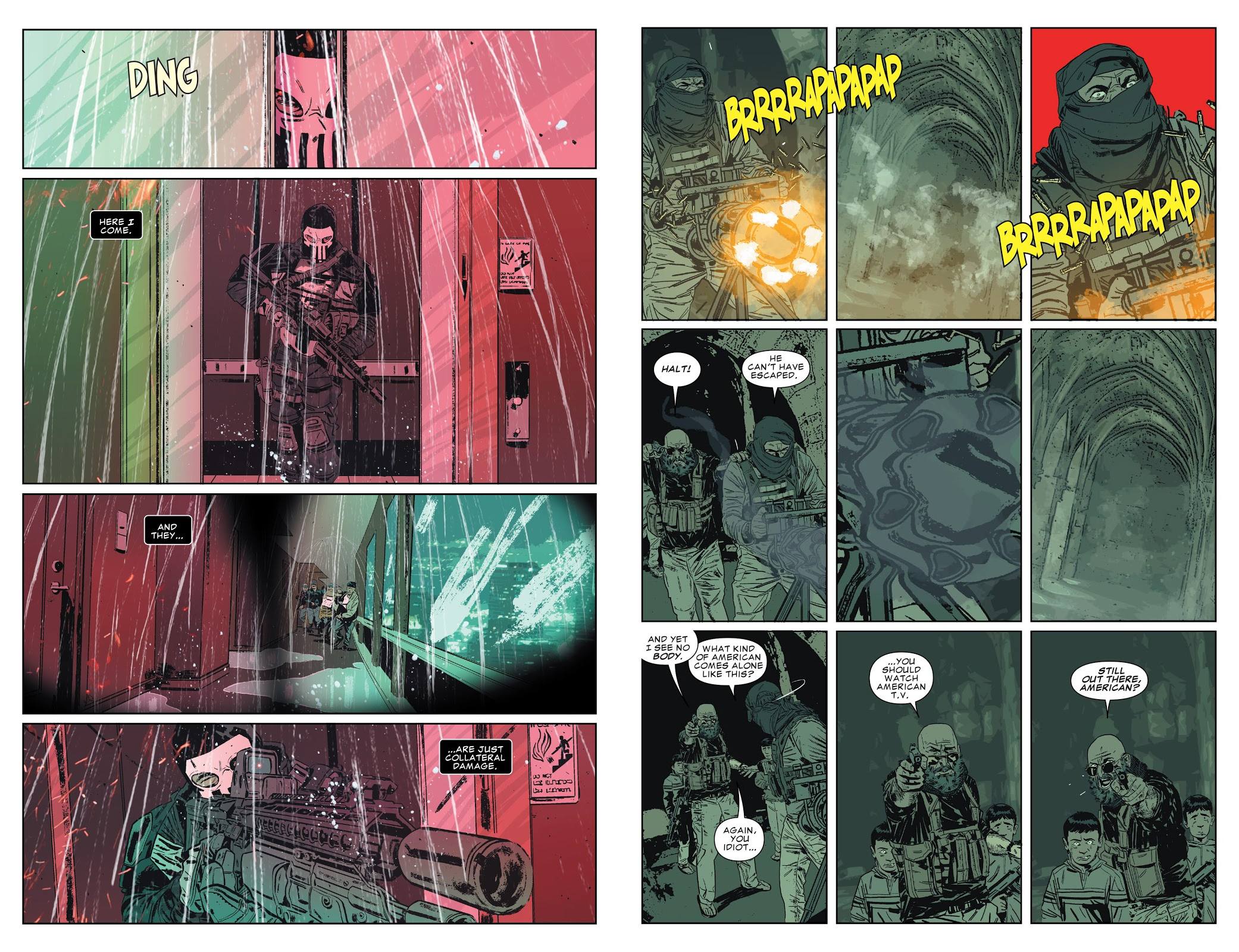 What began with the Punisher attempting to stop drugs flowing into New York by dismantling a Los Angeles gang has erupted into a city aflame. It turns out the Dos Soles gang have ambitions well beyond selling drugs. As seen at the end of Border Crossing, Frank Castle arrived back in L.A., armed himself and is now heading toward what he knows is a trap.

Last Days begins by re-establishing the elite combat team the Howling Commandos, tasked with bringing the Punisher down by persons unknown. Nathan Edmondson takes us through their credentials from an earlier mission, drawn in a more obvious action style by Moritat. It’s a necessary episode, though, as after not pulling their weight narratively over the previous two books the Commandos now have a major part to play. In addition to not knowing who’s behind the Commandos, there’s also the problem of who might be behind the ambitions of the Dos Soles gang.

The answers to those questions tie into what’s a high octane thriller from beginning to end. Edmondson shows us early where the buck stops, and it ups the tension as it’s someone with considerable resources at their disposal and a great amount of trust. While it plays out with the Punisher centre stage, Edmondson questions the wider validity of superheroes and what they do, and questions accountability more intimately than a bombastic punch-em-up like Civil War. After the misguided attempt to have the Punisher consider his effectiveness last time, this is the real deal.

Mitch Gerads draws most of Last Days, and draws it with a real action grit, cinematically and with flair. A few pages here and there are spotted by Brent Schoonover, but their forms of action realism blend seamlessly. There’s not a page you can look at and think someone else could have drawn it better.

Edmondson wraps up events in Los Angeles to head into the two part title story, which drops the Punisher into Iraq. Again, it’s taking him out of his familiar environment, and again it works, his methods of intimidation equally applicable. Produced at a time when American troops were still stationed in Iraq, this is a gung-ho crowd pleaser, the Punisher able to deal with people exploiting laws designed to give us all justice instead of vengeance, but then that’s what he always does. It has a weak ending, more a challenge for the next Punisher writer than the realistic conclusion of what Edmondson’s been building toward, but overall Last Days hits the spot. 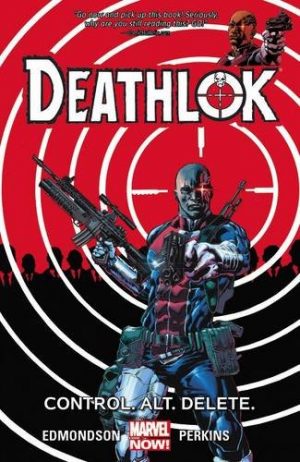