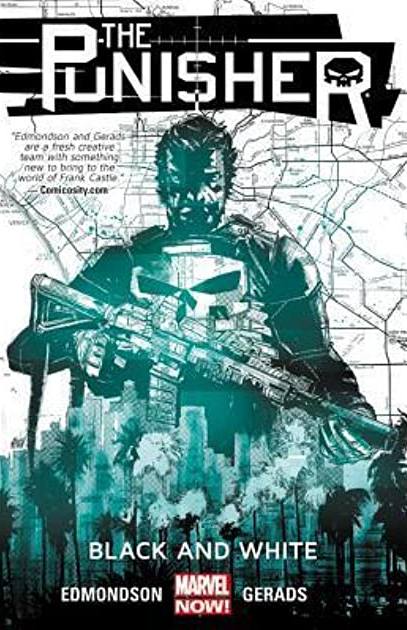 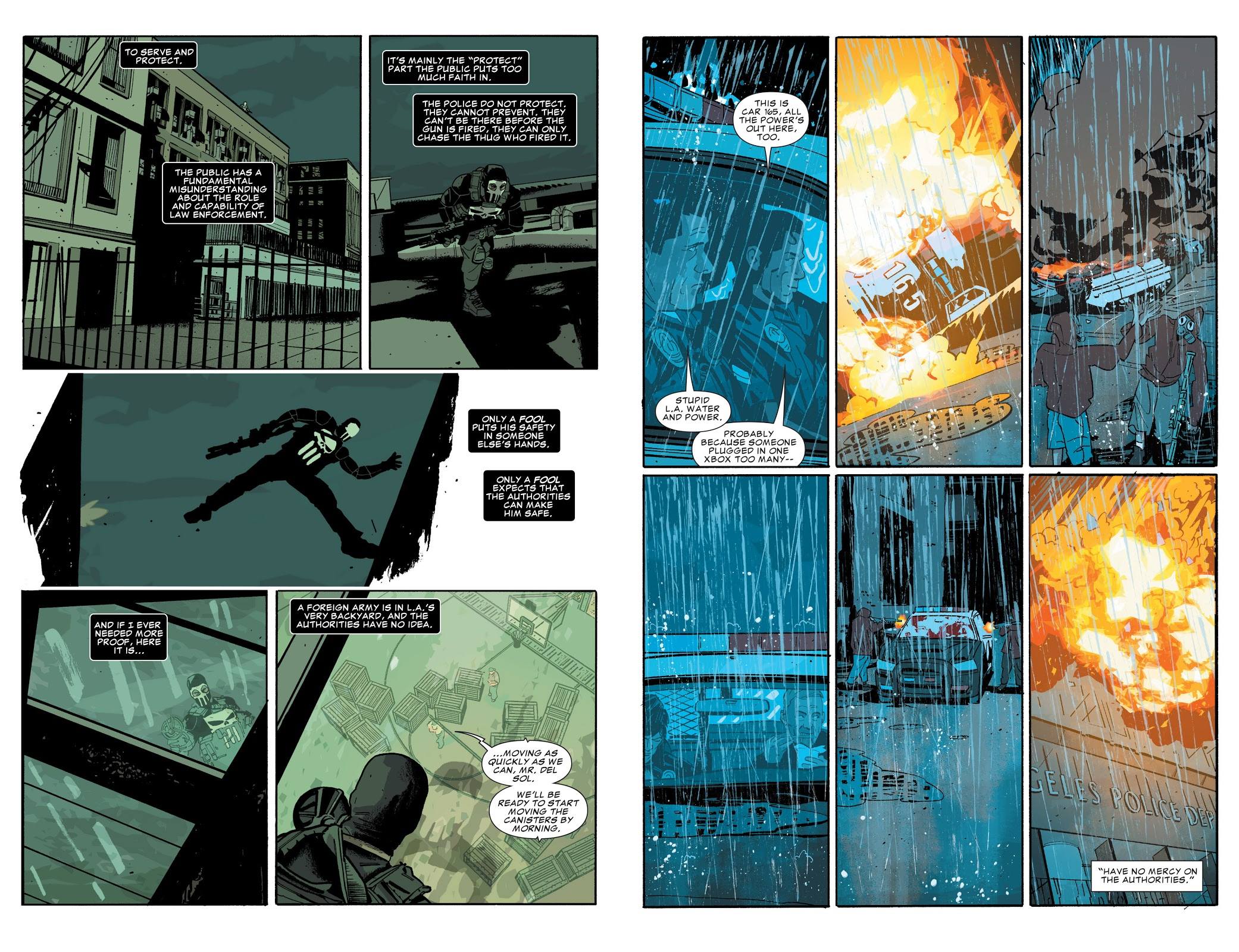 Nathan Edmonson makes his mark on the Punisher immediately by taking him out of New York and relocating him in Los Angeles. It’s surprising how well the change of location refreshes the series, giving Frank Castle open locations instead of enclosed streets, and a new set of contacts, while Edmondson defines the Punisher’s prey as a strata of villains too dangerous for cops, but not big enough for superheroes. The Punisher is following the trail of drugs coming into New York, which take a route from Mexico through L.A., which leads him to the Dos Soles gang and a connection with the wider Marvel universe. They’re being supplied with weapons by A.I.M.

Three aspects raise the thrill level further. One is the Punisher unaware that while he sets about the Dos Soles gang he himself has become the target of an elite mercenary squad. The second is that A.I.M. isn’t Edmondson’s only dip into the wider Marvel Universe, and the other is the hyper-realistic art of Mitch Gerads. He loves drawing the technology, is lavish with the backgrounds, and is used to working with Edmondson from their collaboration on The Activity, which has a very similar mood. Gerads also handles the colour, ensuring that mood is sustained, and excess electricity being a frequent occurrence provides some showstopping pages.

As the thriller continues it becomes clear the Dos Soles gang have set their sights higher than just being drug kingpins. It’s a nutty plan with no real thought behind what will happen when it’s run its course, but then snakes aren’t known for acting on anything other than instinct, and the action thrills it produces sustains Black and White to the end. The one slight mis-step is the people hunting the Punisher. Their part is small, until just before the end, where what they do leads into Border Crossing. They’re a distraction when they do appear, and would have been better held off until the next volume. Otherwise this is good Punisher, and begins what’s basically one long form story with a couple of detours covered by three volumes. 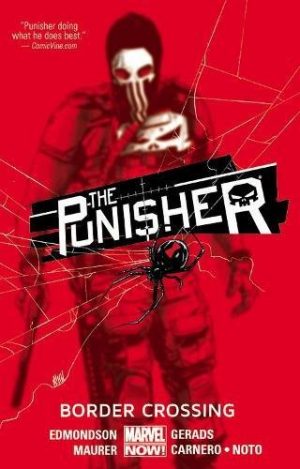 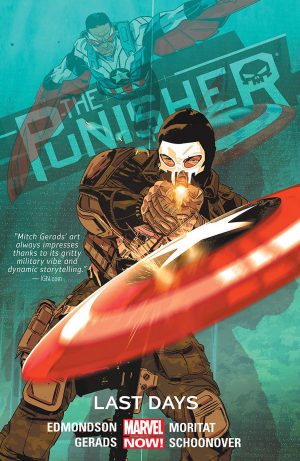