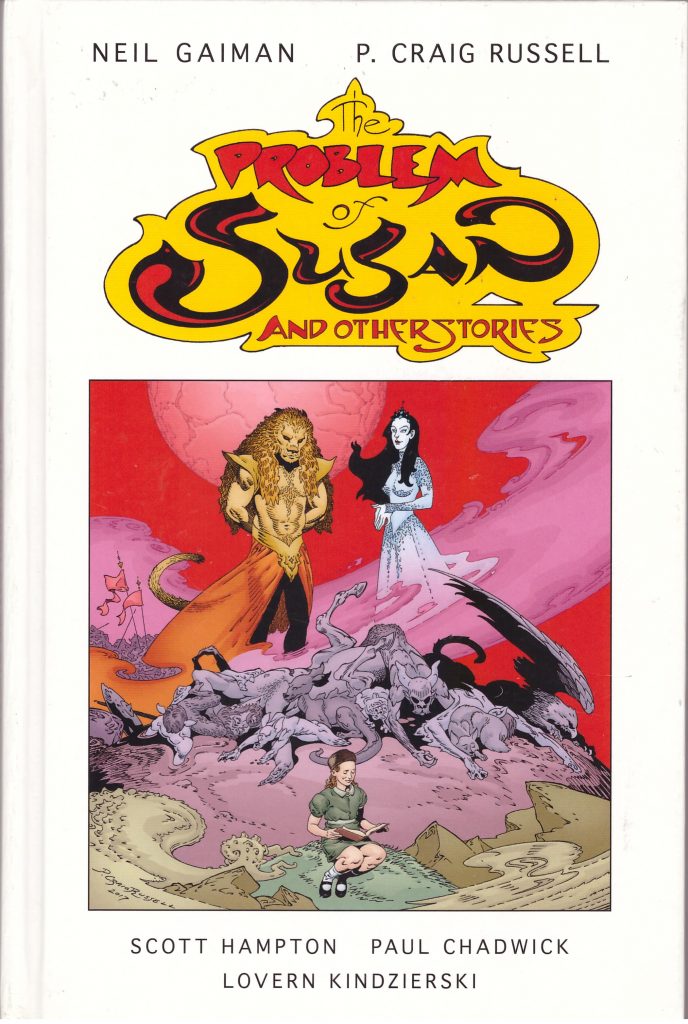 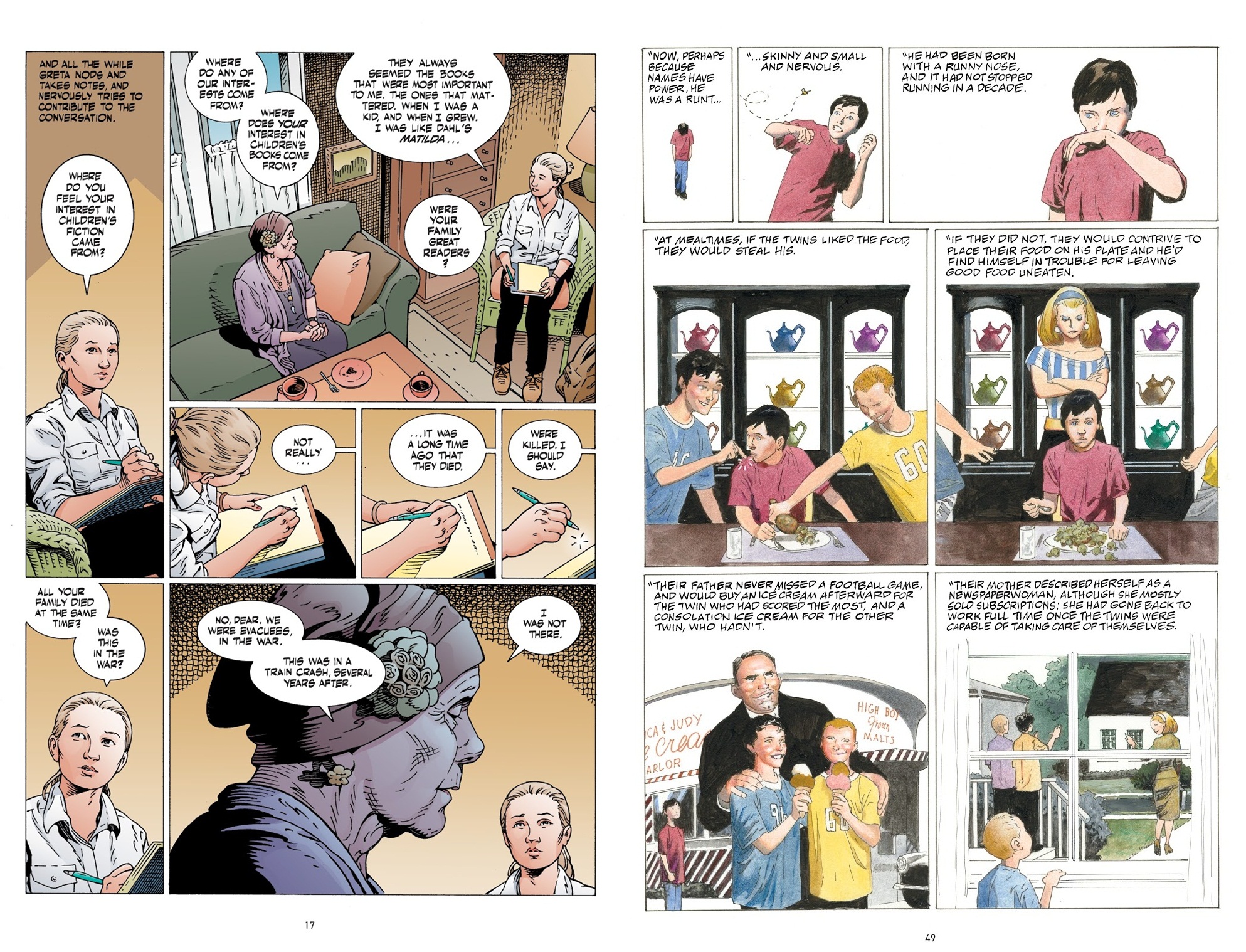 Much of Neil Gaiman’s work concerns stories, the way they’re told, how they spread, and their importance, and that theme occupies three of his four shorts adapted for comics in this collection.

The title story is adapted by artist P. Craig Russell, who’s probably transferred more of his literary loves to comics than any other creator. It’s Gaiman’s musings on C. S. Lewis’ Narnia books, with a side dish of Mary Poppins whimsy. Via now retired professor of literature Susan he considers their satisfying and unsatisfying aspects, providing resolutions never conceived by Lewis. If you’re a Narnia fan, the chances are high of taking offence at Gaiman’s conclusions. Lewis’ reasoning for Susan remaining exiled to Earth when the Narnia novels concluded is now surely considered judgemental and dated even by followers of his faith, and Gaiman addresses this nicely over a reflective and melancholic interview. However, he also wilfully sets about desecrating Aslan, the representation of Lewis’ faith, and this is heavy-handed, vindictive and surprisingly obvious for a writer generally more thoughtful. Russell’s art has precision, and it’s interesting to see him sidelining his usual ornate touches in order to convey the frugal life lived by a woman damned by the natural curiosities of youth. Anyone with no particular fondness for Lewis’ works will look more kindly on the revisionist approach.

As Russell is specifically credited for the first adaptation, it’s to be presumed that Gaiman personally adapts three further stories. Russell returns for a contemplation of what we bring to stories via our own imagination. ‘Locks’ makes its point nicely over a compact four pages.

‘October in the Chair’ offers a framing sequence featuring personifications of the twelve months quibbling about procedure and protocol as if members of a community council, which rapidly outlives its novelty. It can’t be discounted that Gaiman is parodying perceptions of his writing, and some such scene is necessary to ensure the story eventually told has maximum effect. Scott Hampton illustrates this tease evocatively, differentiating it from the framing aspects and establishing the required sympathy for a child known as Runt to his entire family. Discount the forced nature of the opening sequence and Gaiman successfully applies the irrationality and casual cruelty of traditional fairy tales to the modern world.

By virtue of causing no offence and no wooly scenes, ‘The Day the Saucers Came’ is the collection’s most successful piece. It’s certainly Gaiman at his best, taking an original, and funny idea and running with it, but not running out of steam. It begins by considering what someone might have been doing the day Earth is invaded by flying saucers, and then broadens to show what else occurred that day. Paul Chadwick provides seven full page illustrations to accompany the descriptions, some funny, some montages, but all well designed and eye-catching.

As good as Gaiman is, not everything he issues is solid gold, so his fan base is likely to derive greater pleasure from this collection than the casual reader.